Halloween icon Cassandra Peterson – who plays horror icon Elvira – says she once lived in a haunted mansion previously inhabited by Star Wars actor Mark Hamill, who moved off the property after his roommate killed himself.

Weird things started happening inside the Hollywood Hills home shortly after Peterson moved into it in 1989, the actress told Den of Geek, with A-lister Brad Pitt becoming the house’s next owner after Peterson sold it five years later.

‘Things got strange the very first day we moved into Briarcliff Manor,’ she said.

The 70-year-old actress said she heard footsteps coming from an unoccupied third floor, and on another occasion saw an image of a nurse in 1930s clothing who threatened to take Peterson’ sleeping then-husband ‘into the pool.’ 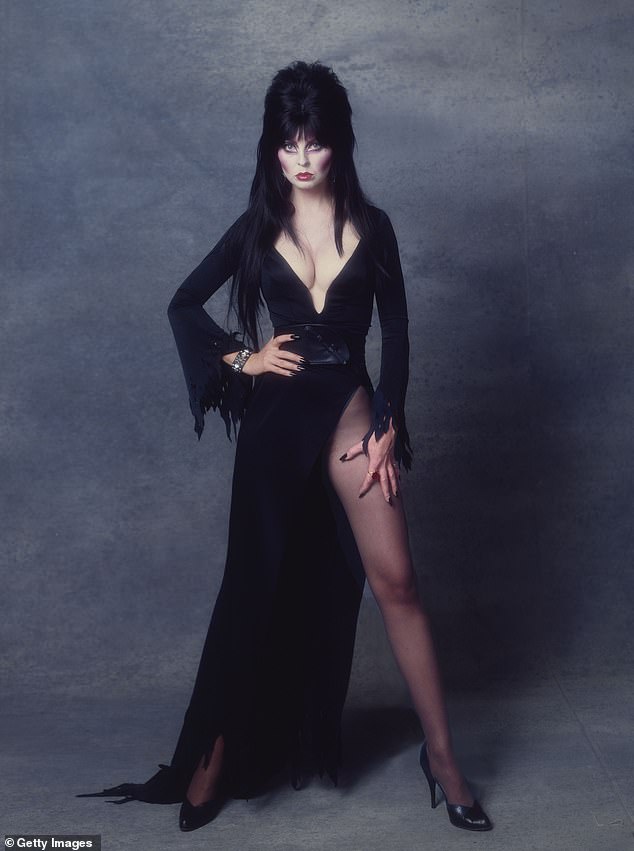 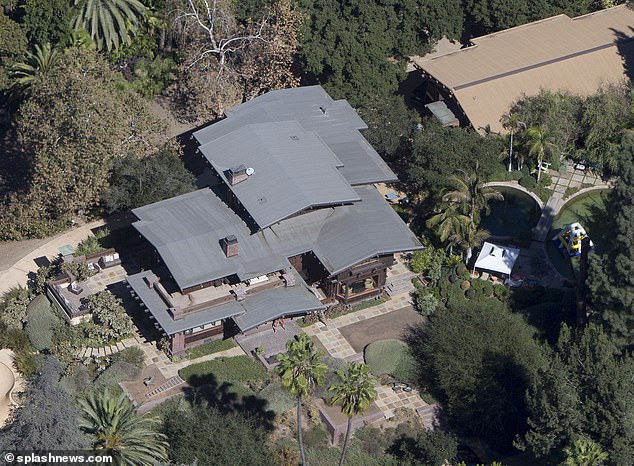 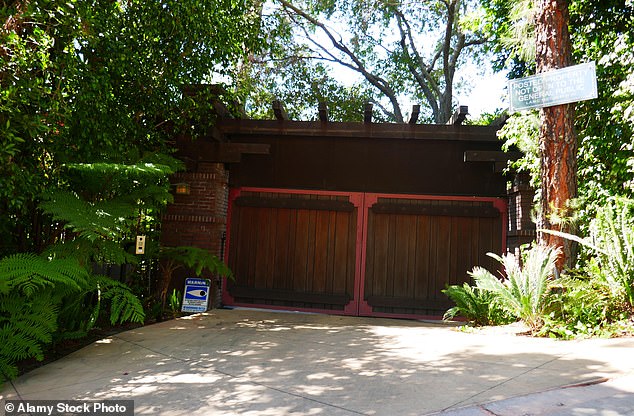 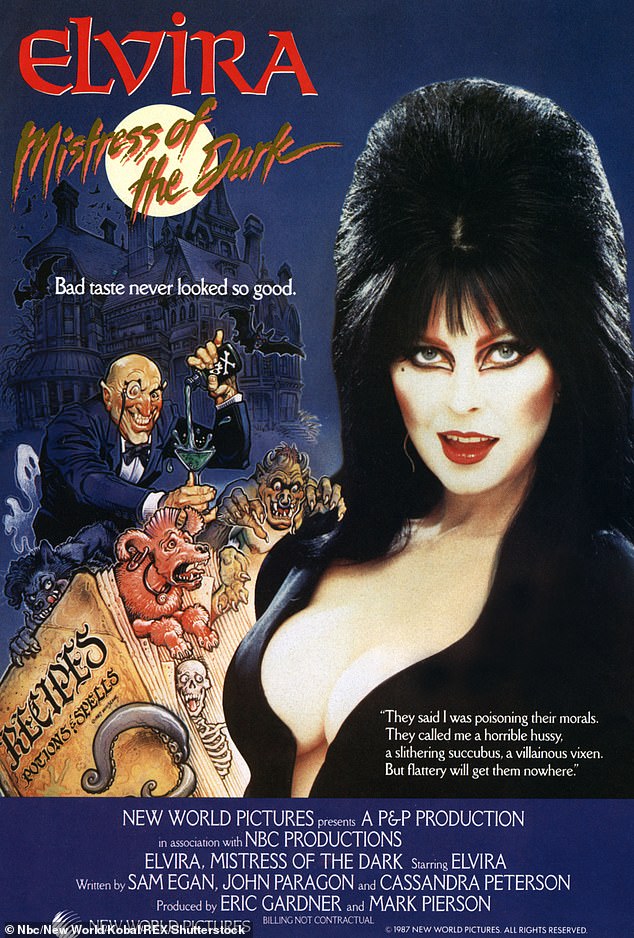 She later starred in Elvira: Mistress of the Dark, a 1988 American comedy horror film

She said she also spotted a group of men in historical outfits gathered b the fire.

Peterson claimed she learned an unsettling truth about the home after Hamill, who played Luke Skywalker in Star Wars, attended a dinner party at the estate.

He told her he lived in the mansion in the 1960s – until a roommate, who hasn’t been identified, hanged himself.

‘He drove in the gates, and he just got out of the car, and stood there going, “Oh, my god, I can’t believe it; this is the house I lived in when I was in college,”’ Peterson told Den of Geek. 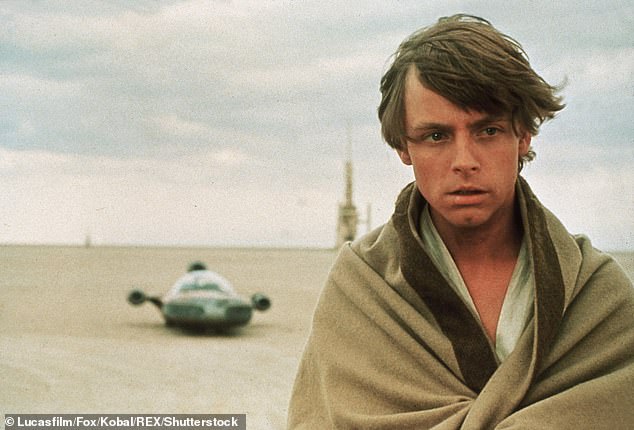 Star Wars actor Mark Hamill, who played Luke Skywalker, lived in the house in the 1960s 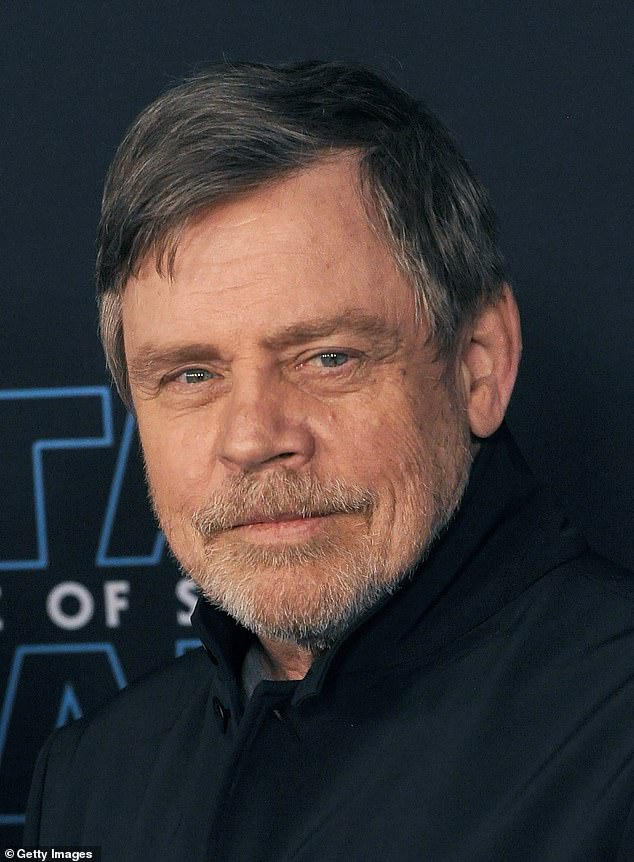 That was when he told her about his roommate.

‘We told [Mark] all about what had been going on there, so he was fully aware of that, and he told us that story because we told him about all of the creepy things that were happening,’ Peterson told the outlet. ‘We were like, ‘Oh, my god, please don’t tell us that’…of course it turned out to be the master bedroom closet right across from our bed.’

The house was later sold to Brad Pitt, who reportedly considered the haunted house ‘awesome,’ and wasn’t bothered by the spooky rumors surrounding it.

She later starred in movies Elvira, Mistress of the Dark, and Elvira’s Haunted Hills, both of which tell the stories of haunted properties, and has made hundreds of film appearances. 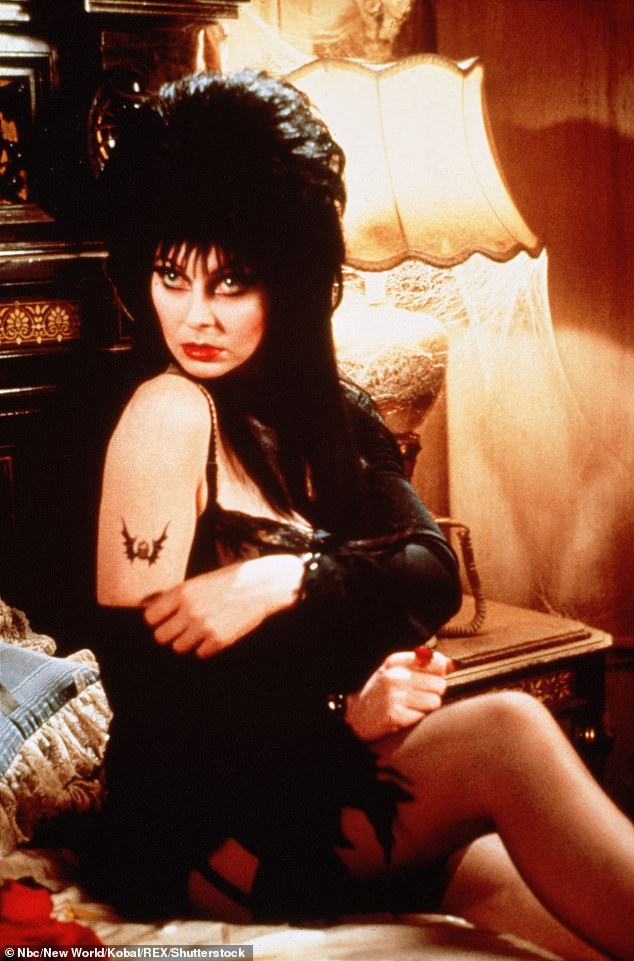 The Halloween queen is currently embarking on a media blitz to promote her recently-released autobiography, Yours Cruelly, Elvira: Memoirs of the Mistress of the Dark.

She said she sold the Craftsman-style home in 1994 to Brad Pitt, but said she’s not sure whether he experienced the same type of paranormal encounters.

‘I didn’t follow up, but he loved the stories that I told him when he was looking at my house,’ she told Toofab.com. 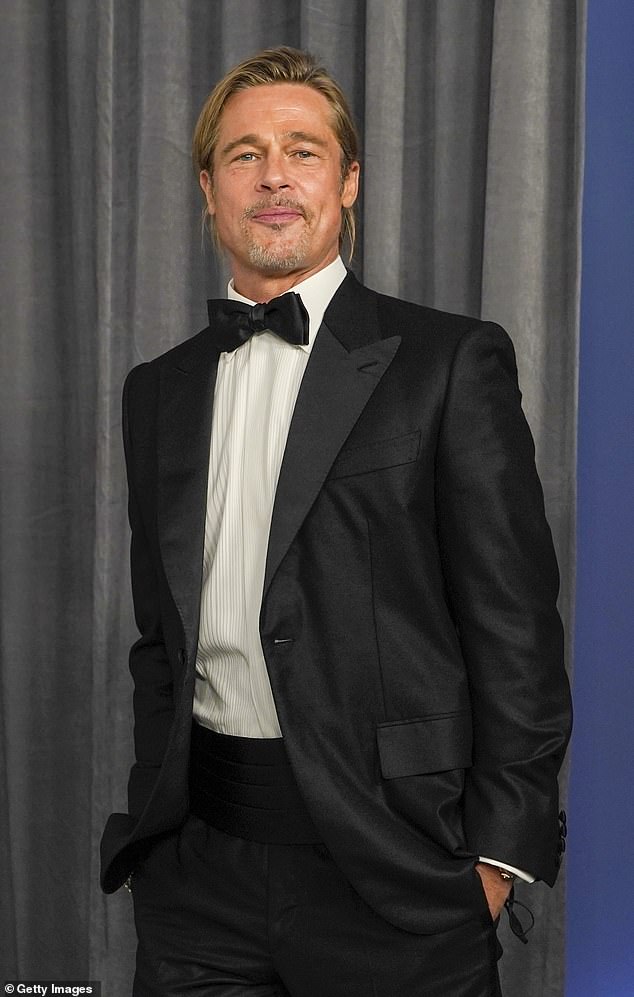 She sold the home to Brad Pitt, and said he ‘loved’ hearing stories of its haunted happenings

‘I told him that weird happenings that have gone on there, and there’s not that many potential buyers who would go, “Oh, that’s awesome.”

‘He was like “That is awesome.” He was the right guy to get that house.’

The house was originally built in 1910 for an American businessman.