The Republican senator speculated that the attack would unite Americans.

‘We will actually come out of this thing stronger. Moments like this reset,’ a somber Graham said from a secure location, according to audio obtained by reporters Jonathan Martin and Alexander Burns and aired on CNN.

‘It’ll take a while. People will calm down. People will [say] “I don’t want to be associated with that.” This is a group within a group. What this does, it’ll be a rallying effect for a while, where the country says, “We’re better than this.”‘

Graham, 66, goes on to praise Biden, who was set to be inaugurated in front of the building two weeks later.

‘He’ll be maybe the best person to have, right? I mean, how mad can you get at Joe Biden?’

The lawmaker from South Carolina gave an impassioned speech on the floor when Congress resumed moments later, telling his colleagues to ‘count me out’ of Trump world.

Since then however, he’s returned to praising Trump for what he did during his administration and has even been spotted golfing with the ex-president at his Mar-a-Lago resort in Florida. 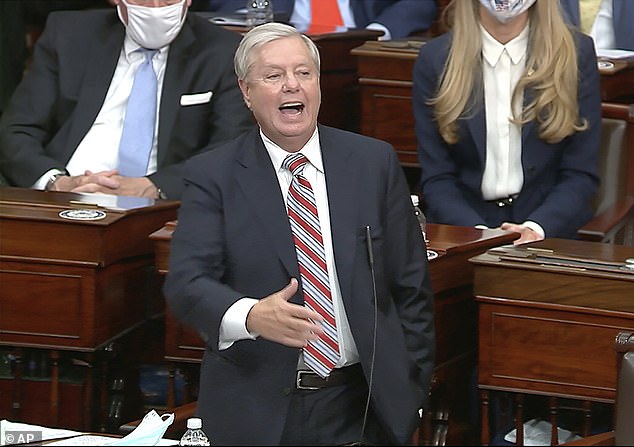 Sen. Lindsey Graham of South Carolina praised Joe Biden while he hid in a secure room during the January 6 Capitol riot. Above, Graham after the Senate reconvened that same day 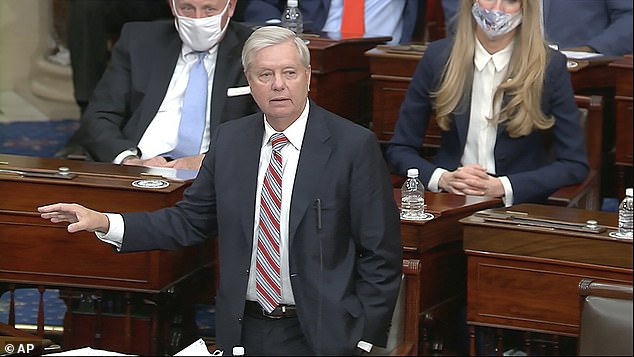 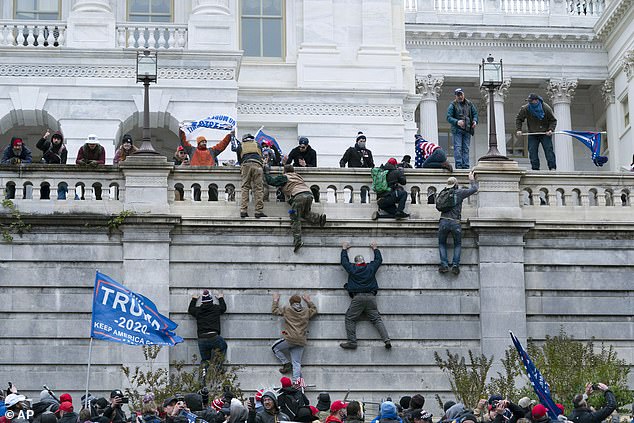 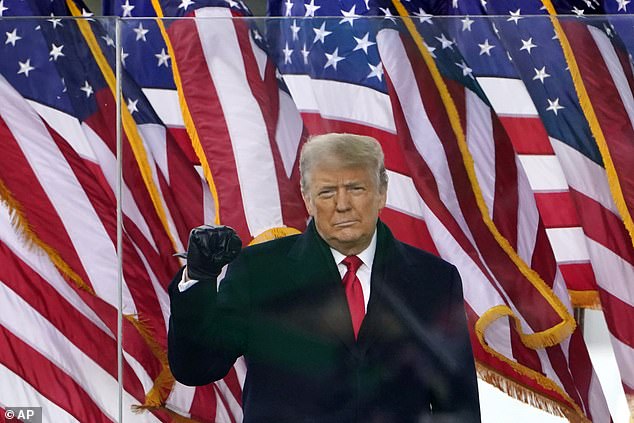 Earlier that day, former President Trump urged his supporters to ‘fight like hell’ while claiming the 2020 election was stolen from him 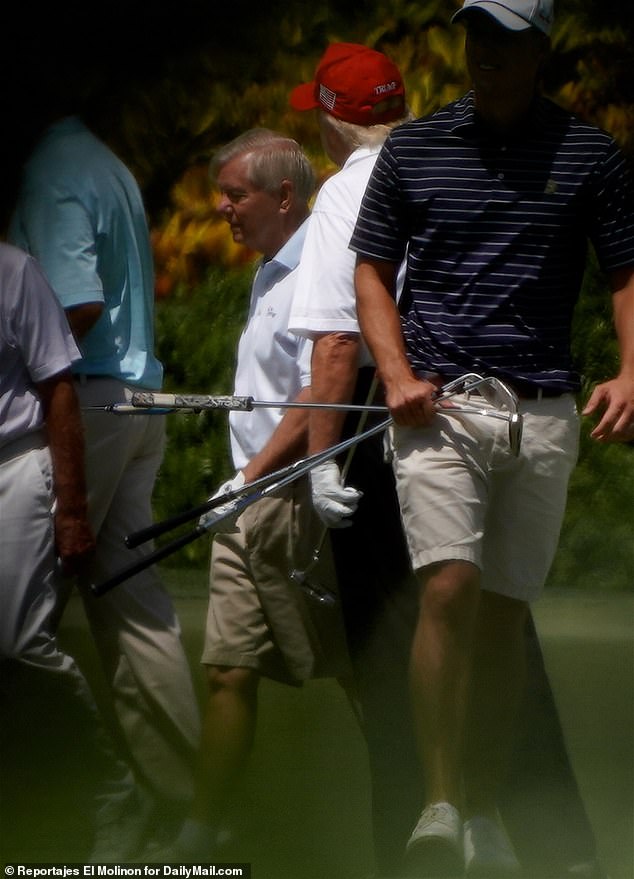 Graham’s relationship with Trump quickly recovered, with the pair spotted at Trump’s golf course in May of last year

The newly released audio is discussed in an upcoming book by Martin and Burns, who write for the New York Times.

Speaking on Anderson Cooper’s show Tuesday night, Martin dove into Graham’s state of mind as the senator considered what had just happened.

‘You can almost hear his voice, Senator Graham, trying to play out what the impact of this attack, which as we talked was still ongoing as we spoke that afternoon on the 6th,’ he said.

Martin said the conversation took place from a secure room in the Capitol.

Senators were in the middle of certifying the 2020 election results in favor of Joe Biden when the attack began.

‘The Capitol police were still trying to clear the Capitol in those moments, Graham is thinking ahead, he is thinking about the political impact on his party and the impact on the country,’ he added.

Graham seemed to think that the riot would unify the country.

‘It, in fact, deepened the partisan divisions,’ Martin said.

‘[Biden] is sort of one more partisan actor in the political scene in this tribal moment we’re living through in this country.’ 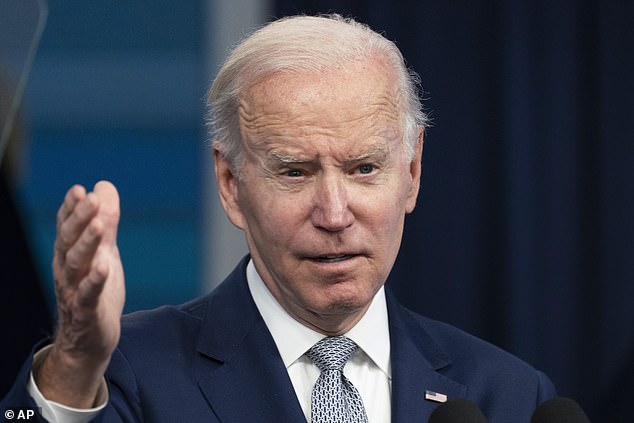 Biden, 79, was set to be inaugurated in front of the Capitol two weeks after the riot 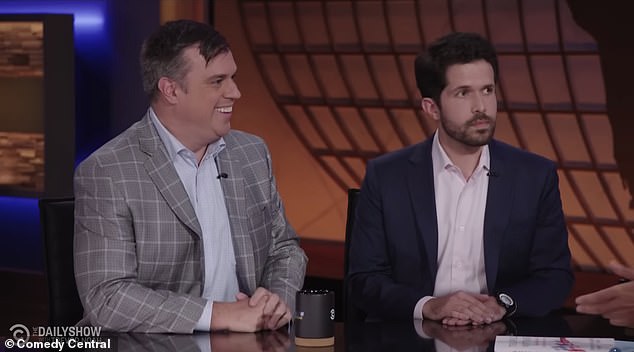 At least 828 people have been charged for taking part in the Capitol riot, according to Insider.

The attack killed five people, including protester Ashli Babbitt who was shot by a Capitol police officer as she tried to enter the building with other protesters.

Trump had claimed that the 2020 election was stolen from him after he lost the popular vote. He continues to tell his supporters that he won.

His fans gathered near the Capitol for a rally the morning of January 6.

Trump again claimed that the election was stolen and told his supporters to ‘fight like hell.’ 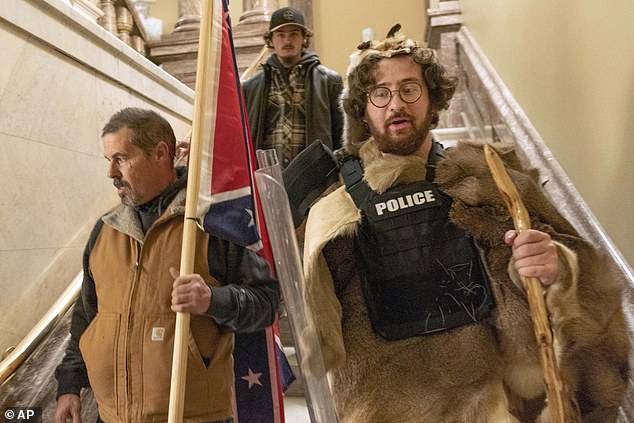 The ensuing riot led to Trump being impeached for a second time.

Graham’s relationship with Trump has fluctuated since before Trump took office.

The four-term senator from South Carolina called the president ‘uninformed’ and said he would be an ‘absolute, utter disaster’ for the party before the 2016 election.

In May 2016, Graham tweeted: ‘If we nominate Trump, we will get destroyed…….and we will deserve it.’

But he quickly emerged as one of the president’s closest allies and most outspoken defenders during his term. 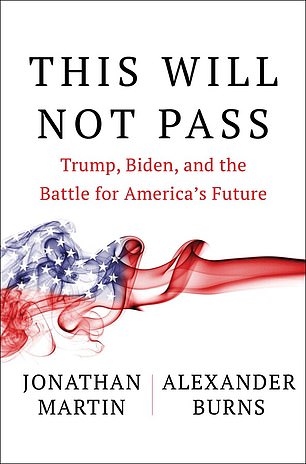 That seems to have momentarily changed after the January 6 riot, though the pair has been spotted golfing together again since then.

Graham, among the ex-president’s staunchest supporters in Congress, reportedly even hoped the insurrection would be a catalyst for the GOP breaking free of Trump.

He also suggested using the 25th amendment to strip him of his powers.

If Trump did not condemn the Capitol rioters on stronger terms, an ‘enraged’ Graham told White House counsel Pat Cipollone on January 6, then ‘we’ll be asking you for the 25th Amendment,’ reports from the book obtained by Axios read.

But three months after January 6, Trump was on the phone pushing Graham to tell reporters how good he is at golf, according to audio shared on The Daily Show on Comedy Central.

‘And most importantly, would you tell them one thing? Can Trump play golf? Legitimately play golf?’ Trump asked Graham while he was on speakerphone.

Graham said he can.

‘If you don’t believe me go play with him,’ Graham added.