French international Lucas Hernandez has been told he must serve prison time for breaching a restraining order following a domestic violence incident.

The Bayern Munich star had asked to have his six-month jail term suspended.

But it emerged on Wednesday that a Madrid court had rejected his request – and given him 10 days to enter prison voluntarily from 11am on October 19.

Lucas, 25, will be told he can choose the Spanish jail where he wants to serve out his six-month prison sentence when he attends the court in Madrid next week.

The shock news comes just three days after the left-back, who used to play for Atletico de Madrid, won the UEFA Nations League final with France when they beat Spain 2-1 with a late Kylian Mbappe goal. 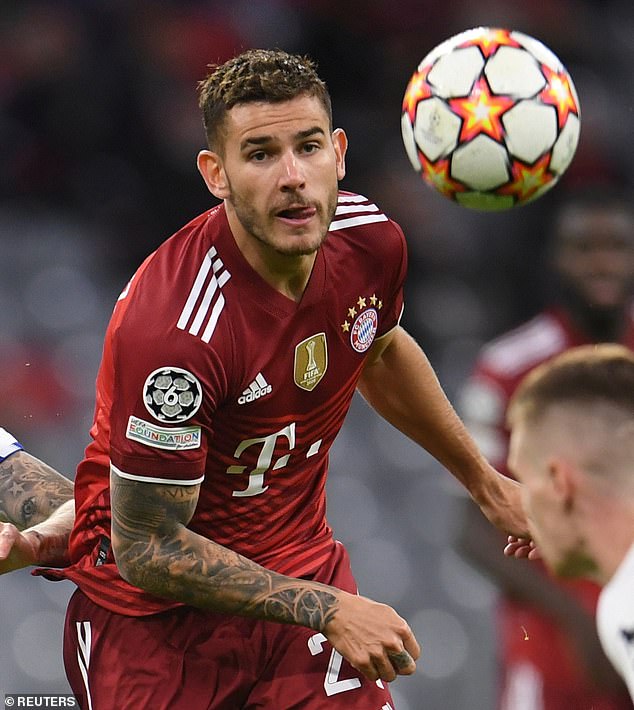 Lucas Hernandez, 25, (pictured) has been given 10 days to enter prison in Spain voluntarily after being told he must serve serve prison time for breaching a restraining order following a domestic violence incident in 2017

The footballer was handed his prison sentence in December 2019 after breaching a restraining order preventing him from going near his then-partner Amelia Lorente.

He was told he could not go within 500 metres of the pretty brunette for six months, and sentenced to 31 days community service, in March 2017 after being convicted of a domestic abuse charge.

His partner received the same punishment.

Lucas was arrested on June 13, 2017 at Madrid Barajas Airport as he got off a flight from Miami with Amelia following their honeymoon in the States. She reportedly escaped arrest at the time after she proved she had not been informed about the restraining order.

The Marseille-born defender, capped 29 times by France at senior level, lost his request against the execution of his prison sentence because he is not a first-time offender in Spain. 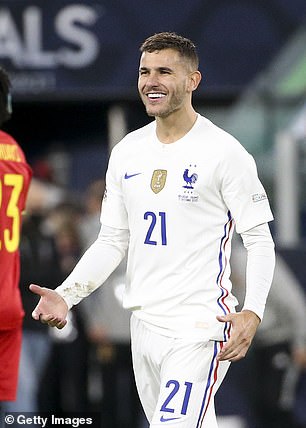 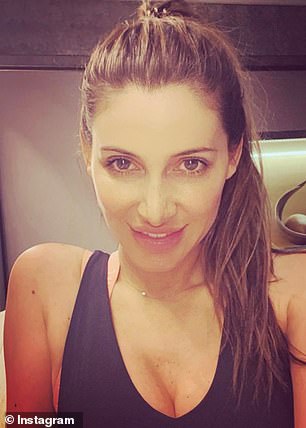 Lucas (left) was arrested on June 13, 2017 at Madrid Barajas Airport as he got off a flight from Miami with his then-partner Amelia Lorente (right) following their honeymoon in the States, despite the restraining order against her

A spokesman for the judge who turned down Hernandez’s appeal against his prison order, confirming he had been told he must serve his six-month sentence, said today: ‘Madrid Criminal Court Number 32 has refused the suspension of his six month sentence.

‘And it has told him he must attend court at 11am on October 19 so he can be informed he must enter prison voluntarily within ten days starting from that date.’

Hernandez and Amelia married in Las Vegas in the summer of 2017 despite being told they must stay away from each other following the domestic violence incident.

They are thought to have tied the knot in secret on June 2 that year and went on to have a son called Martin. 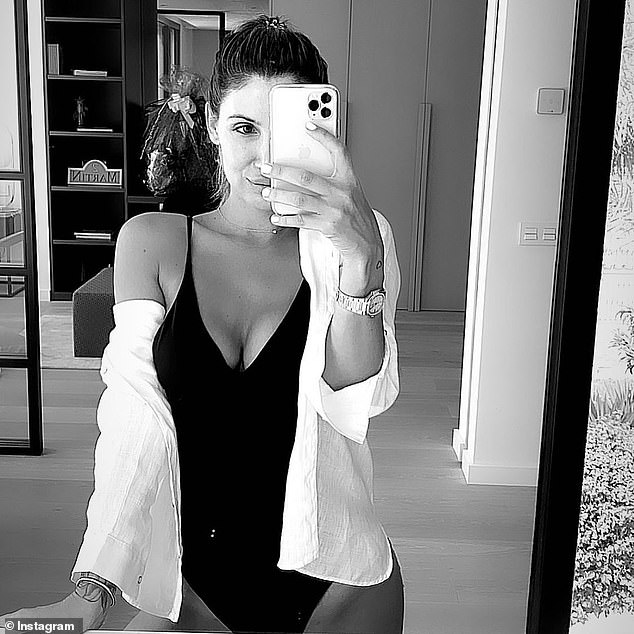 The couple married in Las Vegas in the summer of 2017 despite being told they must stay away from each other following the domestic violence incident but Amelia (pictured) revealed in March 2019, they were no longer together

In March 2019 Amelia revealed on social media they were no longer together. She said at the time: ‘A mother always thinks twice, once for her and another time for her son. Only you and me my baby.’

It is understood the footballer has launched an appeal against the Madrid court decision which has yet to be ruled on.

The appeal will be considered by judges at Madrid’s Audiencia Provincial Court.

Local reports say he will be expected to attend court next Wednesday to choose the prison he wants to do his time in, but could be spared having to enter jail at the last minute, or given the go-ahead to leave prison after a few days, if judges decide to uphold the appeal.