There is no more hiding it. After two outings keeping a respectable distance from each other as they strolled around Los Angeles, Malia Obama and her new man are showing they are a real couple.

And DailyMail.com can reveal exclusively the identity of the new man in the life of the former First Daughter.

The handsome mystery hunk is music producer Dawit Eklund – who, just like Malia’s dad, has one American and one African parent.

And besides resembling a younger Barack Obama, he has the same smoking habit as the 44th president, a habithe  often admitted he found hard to kick.

Eklund, who turns 33 next week, is nine years older than Malia who celebrated her 24th birthday on July 4. 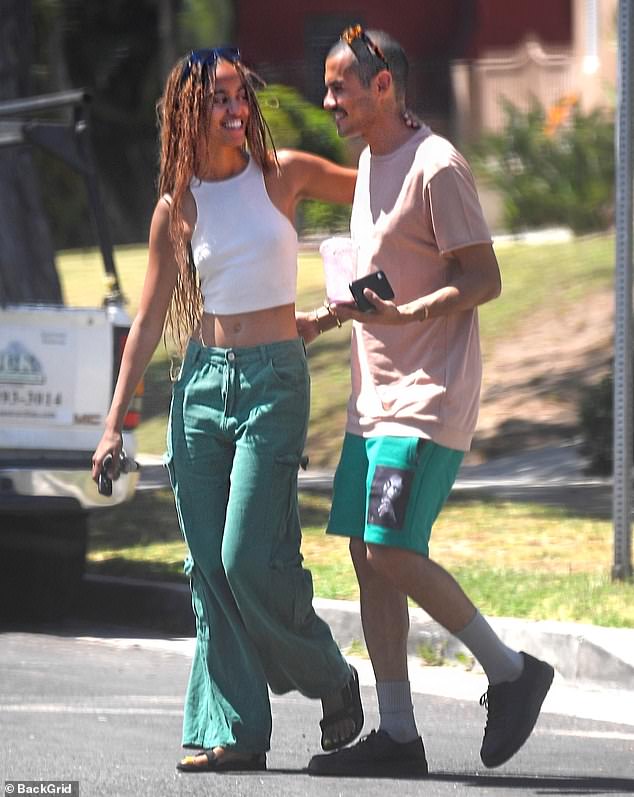 The look of love. Malia is all smiles as Dawit places his hand on her bare back as they visit the Los Angeles County Museum of Art 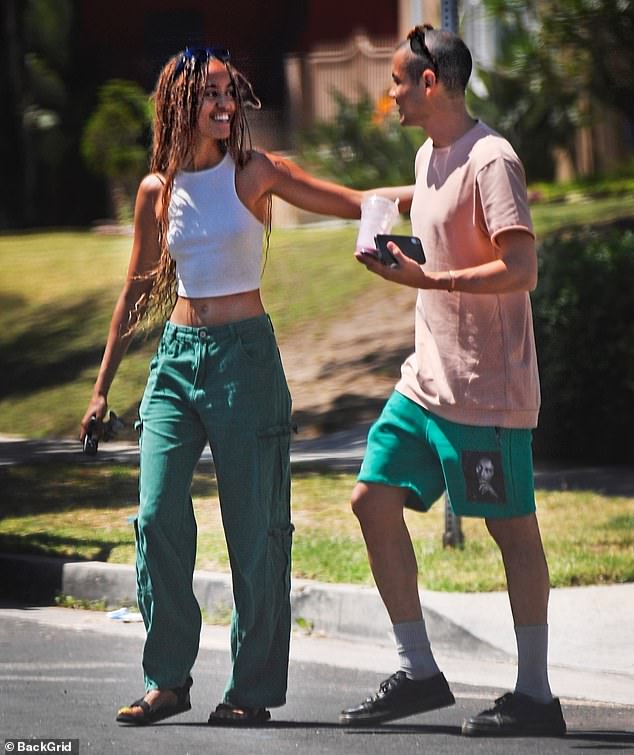 Like Malia’s father, Dawit has one American parent and one African. His mother Yessi, is from Ethiopia 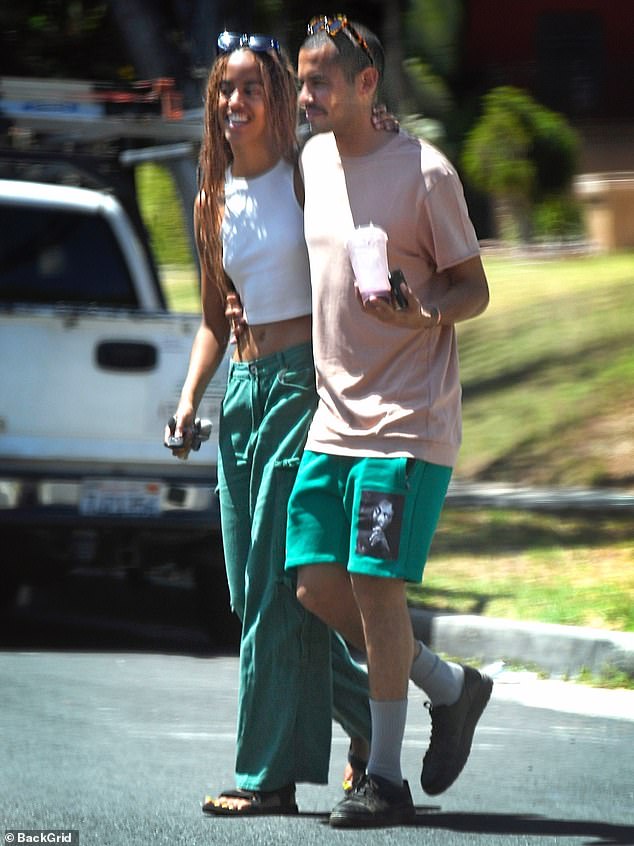 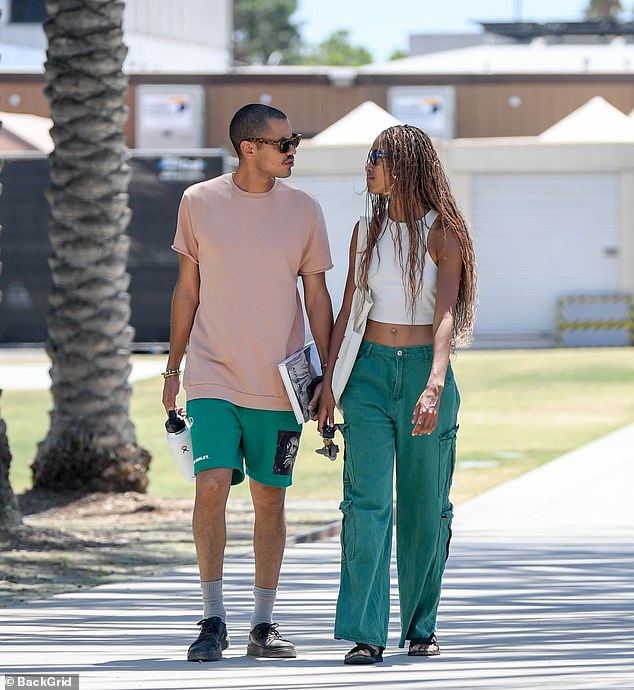 Malia is working with Donald Glover – also known as Childish Gambino. She is a screenwriter on his upcoming Amazon show

On Thursday morning the pair paid a visit to the Los Angeles County Museum of Art, the third time they have been seen together in just nine days.

She was wearing baggy green pants and a tight-fitting crop top that showcased her tight tummy. He was in green shorts with a picture of reggae legend Bob Marley and a pink t-shirt

The pair have been spotted walking close together twice in a a week.

First they were seen picking up a takeout lunch on July 26 and then again they went for a casual stroll together on August 2.

DailyMail.com was also the first to reveal the identity of Malia’s first serious beau, Rory Farquharson. The closeness of the Malia and Dawit has led to speculation that her long-time romance with her British beau may be over.

Eklund is the son of retired State Department officer Jon Eklund, 72, who worked at several US embassies in Africa and his Ethiopian wife Yeshi, 66.

Dawit is co-founder of Washington, D.C.-based record label 1432 R, which specializes in Ethiopian music. Perhaps unsurprisingly, he is also a registered Democrat.

A Washington Post  article about the label in 2016 said: ‘Their music seamlessly brings together house music grooves, the stutter of U.K. garage, an uneasy electronic ambience, and – perhaps most notably – Ethiopian folk music.’ 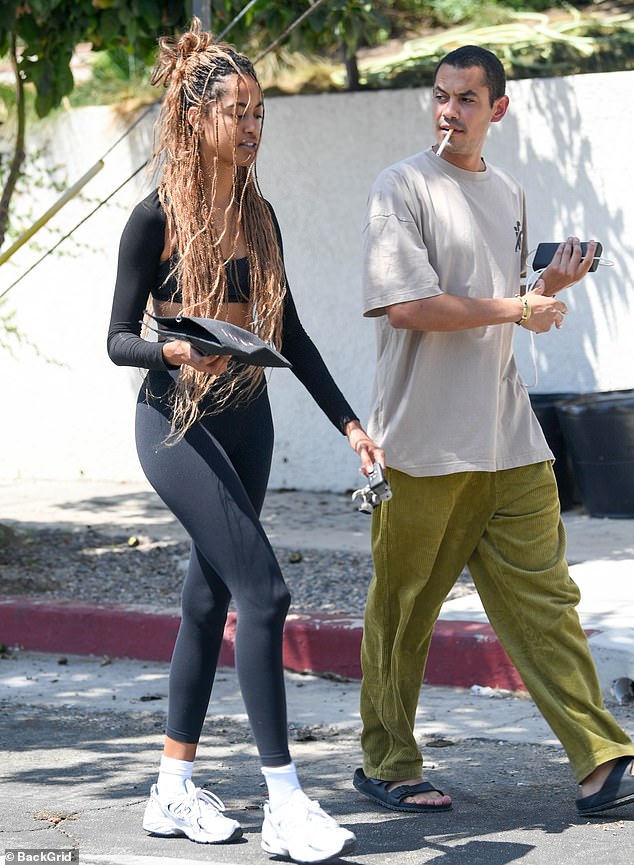 First sighting: The pair kept a respectful distance while walking around Los Angeles on July 26 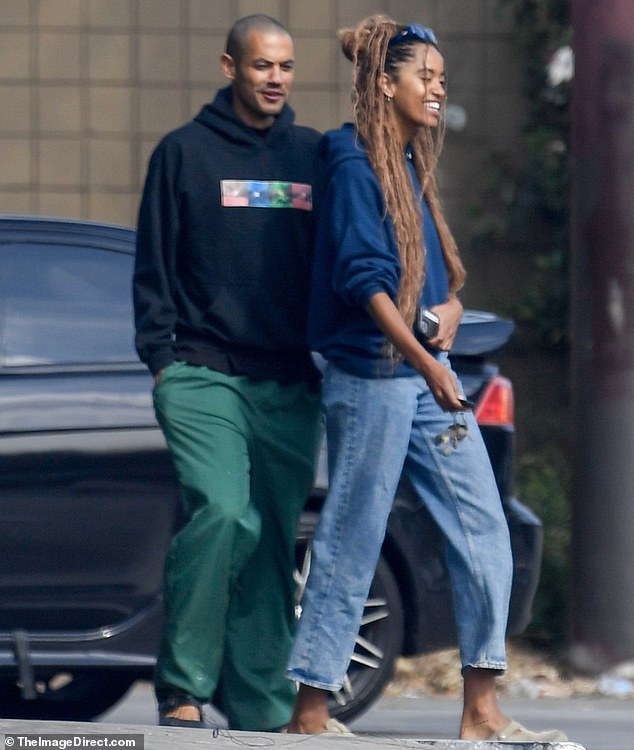 Getting closer. Exactly one week later they were that little bit closer 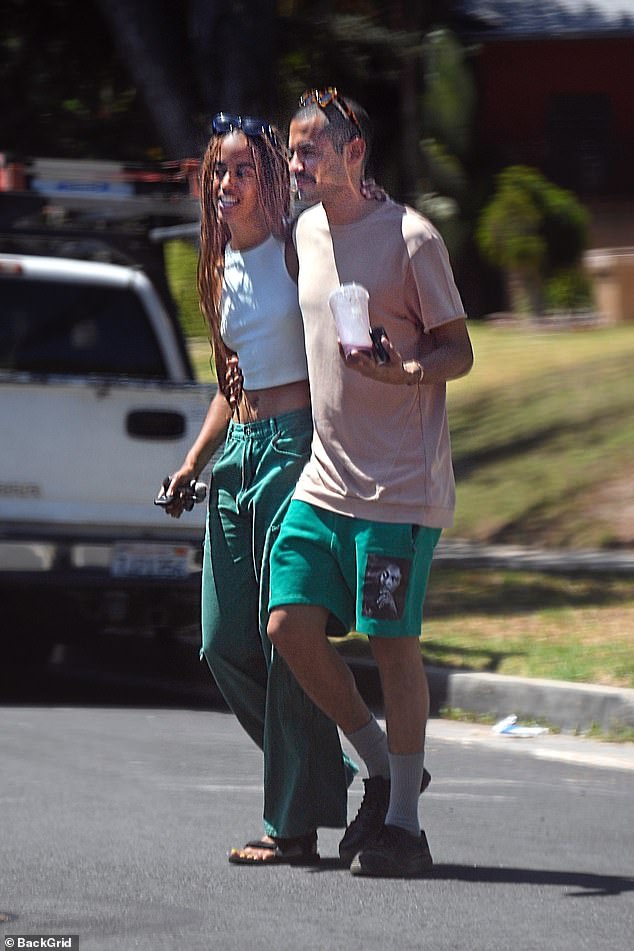 Bingo! There’s no attempt to hide the relationship now separating the lovebirds on their third outing in the City ofAngels on Thursday morning 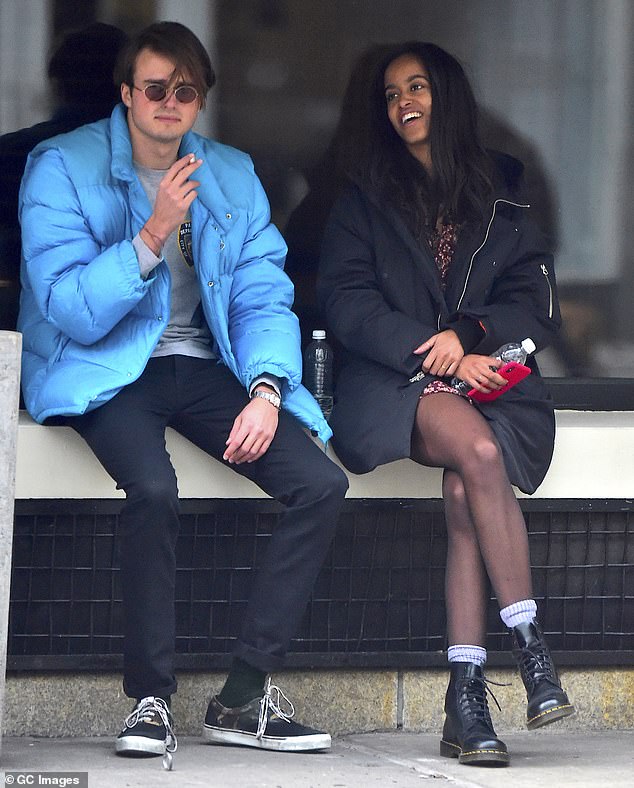 History. Malia’s long-time British beau Rory Farquharson, who she met when they both studied at Harvard, is now out of the picture

Dawit told the paper: Ethiopian music is super distinct. There are only four or five musical scales that they play in; each has its own meaning and attitude and mood.’

He was educated at the International Community School in the Ethiopian capital, Addis Ababa before going to George Washington University where he studied International Development in Africa.

Dawit – who also goes by David, the Anglicized version of his name – is one of four children. 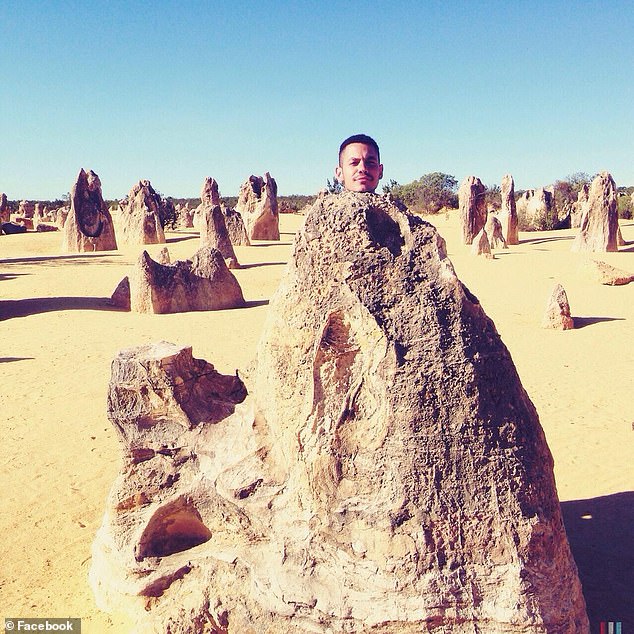 Eklund is the son of retired State Department officer Jon Eklund, 72, who worked at several US embassies in Africa and his Ethiopian wife Yeshi, 66. 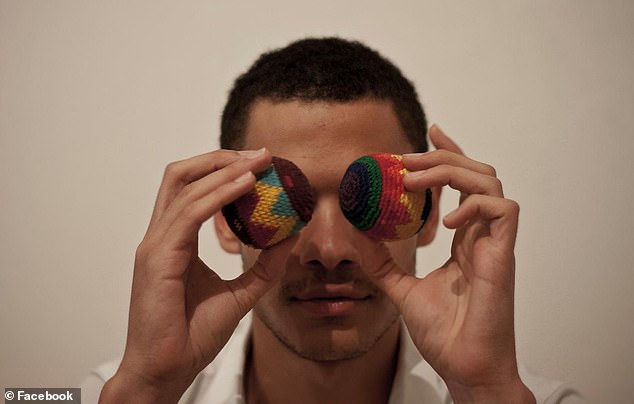 He was educated at the International Community School in the Ethiopian capital, Addis Ababa before going to George Washington University where he studied International Development in Africa 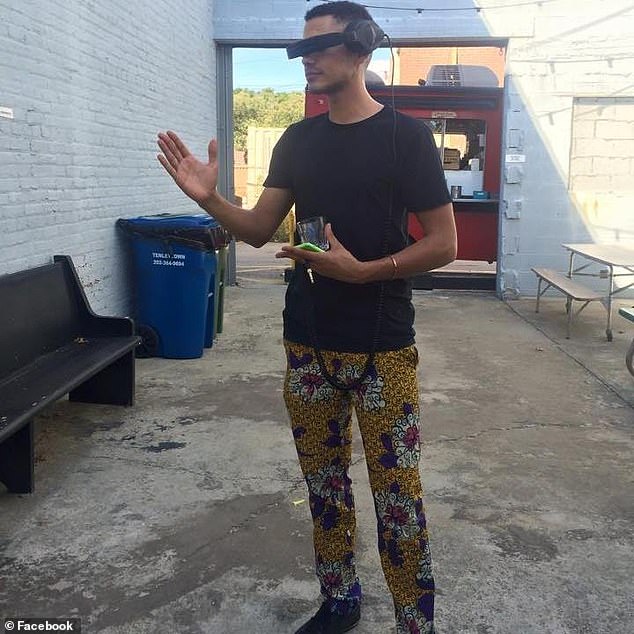 His father Jon was heavily involved in helping the refugee crisis caused by the war in Sudan in the early 2000s, when hundreds of thousands fled to Ethiopia to escape the fighting.

His mother Yeshi comes from a successful family of business people in Ethiopia. His sister Sara Eklund was featured in a 2019 Vogue article for introducing menstrual cups to Ethiopia

Since his retirement, John and Yeshi have settled in Abidjan, the capital of the West African nation of Côte d’Ivoire, although they also have a house in the Washington, D.C. suburb of Chantilly, Virginia.

Malia moved to Los Angeles last year, after graduating from Harvard, to pursue a career as a screenwriter. She s currently working as a screenwriter on Donald Glover’s upcoming Amazon show. 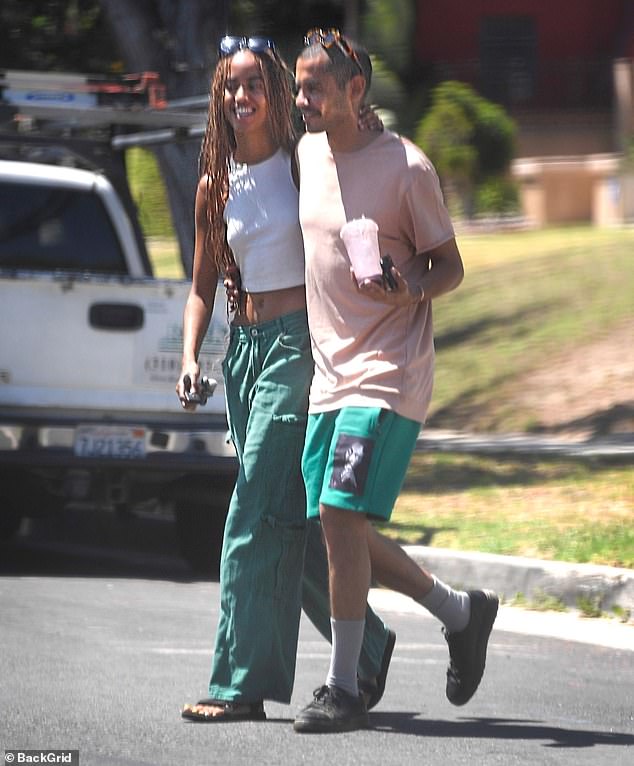 Politically correct: Dawit is a registered Democrat, which will no doubt go down well with Malia’s parents 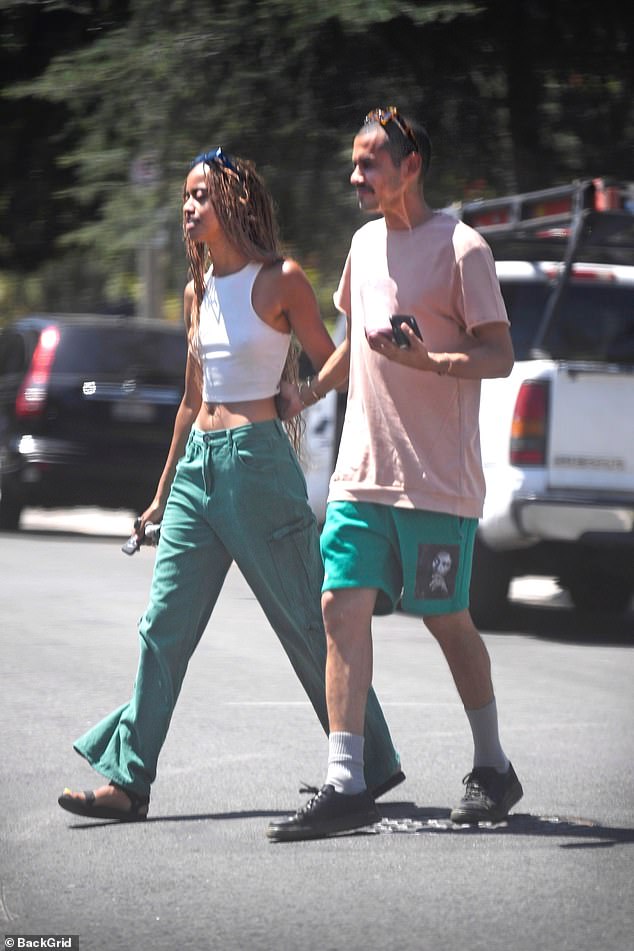 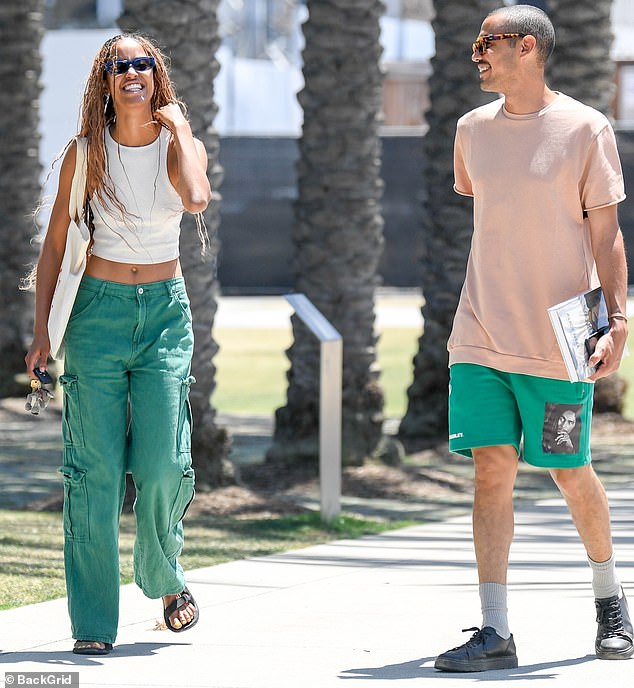 They make each other laugh too. Malia and Dawit are the picture of happiness during their trip to LACMA 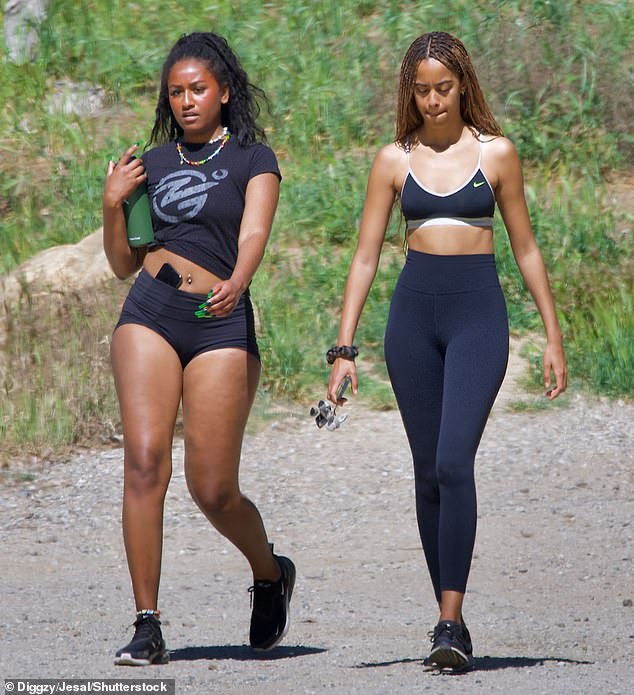 In March, Donald revealed that he had given the 24-year-old her first job as a writer on his new series, which is reportedly about ‘a Beyoncé-type character,’ with the actor calling her ‘amazingly talented’ and ‘really focused.’

He did not share how Malia landed the job after she graduated from college but he added that he believed she has a promising future in the industry.

While Malia – who previously interned on Lena Dunham’s HBO series Girls in 2015 and at The Weinstein Company in 2017 – is working as a screenwriter, her younger sister, Sasha Obama, 21, is also building her own life in Los Angeles.

DailyMail.com exclusively revealed a few months ago that she was in a relationship with Clifton Powell Jr., 24, who is the son of Ray actor Clifton Powell.

Clifton Jr. and Sasha are understood to have met after she relocated to the West Coast, and he is already close with the family, as he has been seen hanging out with Malia a few times in recent months.

In April, Sasha and Malia’s mother, former First Lady Michelle Obama, opened up about how both of her daughters are all grown up during an appearance on The Ellen DeGeneres Show.

Ellen, 64, reminded Michelle, 58, of how Sasha and Malia had first visited the show when they were little girls who wanted to see the Jonas Brothers. But over a decade later, they’ve graduated from boybands to boyfriends.

‘Now they’re bringing grown men home,’ Michelle said. ‘Now they have boyfriends and real lives and all that stuff. They have grown up right before our very eyes and they are doing well.’

While the mom-of-two gushed about the ‘amazing young women’ her daughters have become – ‘Women, I know! Scary,’ she said – and divulged that they were both now dating, she was much more discreet about the details of their love lives and didn’t share any further details.

Democrat staffer posed as an FBI agent before leading cops on chase through Washington, D.C.