A fisherman has shared pictures of the massive once-in-a-lifetime 80kg fish he reeled in while angling off the south Queensland coast.

The fisherman from Brisbane threw in a 30-pound, or 14kg, rated line about 40km off Point Lookout at North Stradbroke Island on the weekend when he reeled in the startling catch.

The 175cm giant is bass grouper – which normally reside at ocean depths of between 250m and 600m – with the largest recorded having grown to 200cm in length and reached 100kg.

The species of fish has a worldwide, though disjointed, distribution and in areas such as the US is known as the Atlantic Wreckfish. In Australia its found generally off the coastline of the lower half of the country. 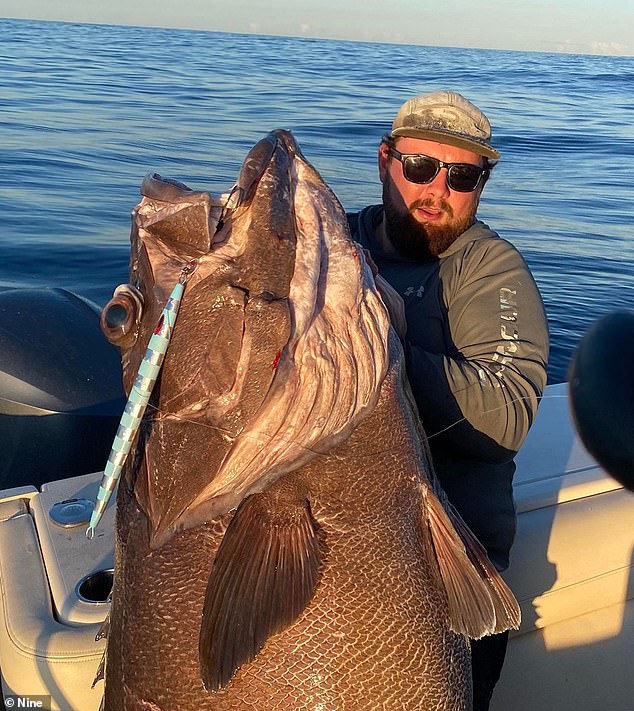 Comments on the pictures shared to social media were mixed, with many fisherman saying it would have taken skill to reel in.

‘A worthy catch, would have been a fight to get on the boat,’ one said.

But others said the fish was ‘magnificent’ and it was a shame that it was caught.

‘Please tell me it was let go, it’s probably older than the fisherman who caught it and now just a trophy,’ one person said.

‘Poor bugger, hope he was released,’ another agreed.

‘I’m not an activist but that’s sad,’ a third added.

But some also pointed out the fisherman ‘obviously wasn’t targeting that fish’ considering the strength of line.

But one argued it was the ‘world’s best 30-pound line’ and that it was a ‘big jig to be swinging off that.’ 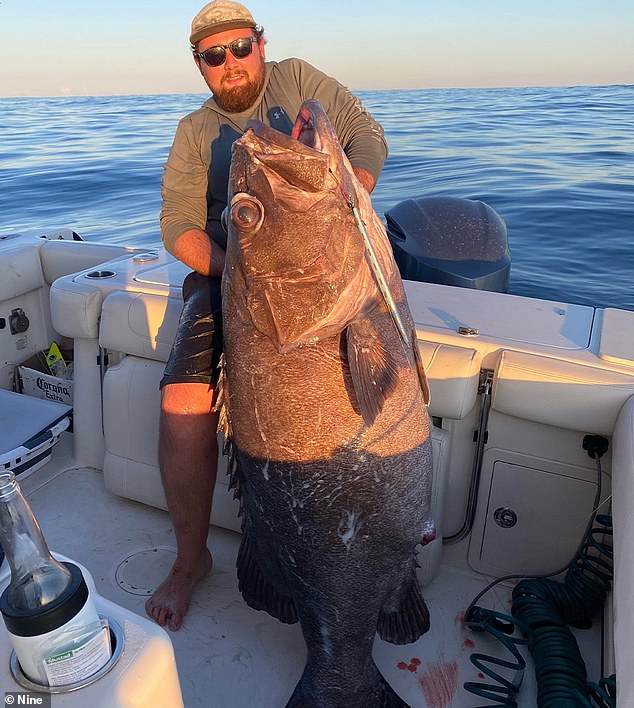 Yet more commenters pointed out that unfortunately the fish would likely not have survived being released.

‘It would be a waste because a fish from those depths – if it’s 10cm or 1m – they get barotrauma, the rapid change in pressure causes the gases in the fish’s body to expand which is deadly,’ one explained.

‘You’ll never see such honesty shown by commercial fishers, there’s a toll on similar size fish of other species that goes unnoticed or unrecorded,’ another added.

While this fish is gigantic the Queensland grouper, which are illegal to catch, are even bigger – reaching maximum recorded lengths of 270cm and weights up to 400kg.

Amazing images reveal how 50 staff have defied Russian shelling to care for 4,000 residents