Man, 20, is charged with TREASON Act with trying to injure or alarm the Queen and carrying a weapon during incident on Christmas Day at Windsor Castle

A 20-year-old man has been charged with intending to injure or alarm the Queen under the Treason Act following an incident on Christmas Day at Windsor Castle.

Jaswant Singh Chail was charged with an offence under section two of the Treason Act 1842 – last used more than 40 years ago – which is ‘discharging or aiming firearms, or throwing or using any offensive matter or weapon, with intent to injure or alarm Her Majesty’.

Chail, of Southampton, has also been charged with threats to kill, contrary to section 16 of the Offences Against the Person Act 1861. 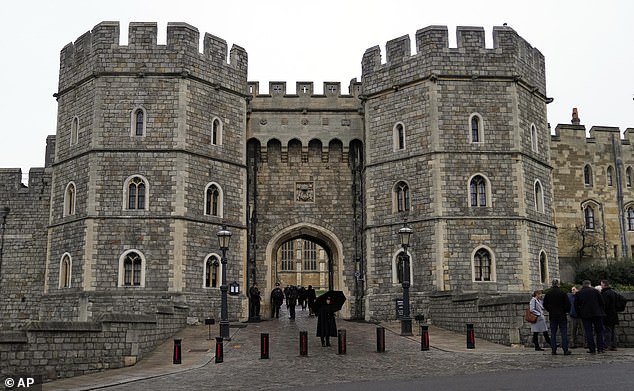 Furthermore, he has been charged with possession of an offensive weapon, contrary to section one of the Prevention of Crime Act 1953.

Chail is currently being detained ahead of an appearance at Westminster Magistrates’ Court on August 17.

The Metropolitan Police said Chail had been charged following an investigation by its Counter Terrorism Command in relation to an incident which took place within the grounds of Windsor Castle on Christmas Day last year.

Nick Price, head of the Crown Prosecution’s Special Crime and Counter Terrorism Division, said it has authorised the Met to charge Chail ‘after he was arrested in the grounds of Windsor Castle on December 25, 2021 carrying a crossbow’.

The last time the act was used was to prosecute a defendant was more than 40 years ago, when Marcus Sarjeant was also charged with trying to injure Elizabeth II.

He fired six blank shots at the Queen as she rode down The Mall during Trooping the Colour in London in 1981.

This section of the Treason Act 1842 is still in force and was introduced under Queen Victoria after two men fired at her in the space of two days that year.

One man, John Francis, aimed at Victoria but did not fire as she was riding in a carriage along The Mall, in central London.

She went out again the next day to bait Francis to try again. He managed to get a shot off at the monarch, but was arrested by plain clothed policemen.

Two days later in a similar attack, John William Bean fired a pistol at the Queen, but it was loaded only with paper and tobacco.

Feeling the death penalty was too harsh, Prince Albert encouraged Parliament to pass a law fitting lesser crimes against the monarch, such as intent to alarm or wound.

It created a new offence of the less serious than high treason of assaulting the Queen, or of having a firearm or offensive weapon in her presence with intent to injure or alarm her or to cause a breach of the peace.

Sarjeant was sentenced to five years in prison after pleading guilty to firing blank shots at Elizabeth II when she was on parade.

Is THIS why you have toast each day? We stick to breakfast routines because of ‘utilitarian goal’