The retro sweets are so moreish you’d have thought they would be the last thing to leave a sour taste in anyone’s mouth.

But Midget Gems have been rebranded ‘Mini Gems’ by Marks & Spencer – after a disability campaigner claimed that their name could offend those with dwarfism.

Dr Erin Pritchard, a lecturer in disability and education, told supermarkets that the term midget was ‘a form of hate speech’. The Liverpool Hope University academic criticised stores, as well as comedians and TV shows, for continuing to use the word. 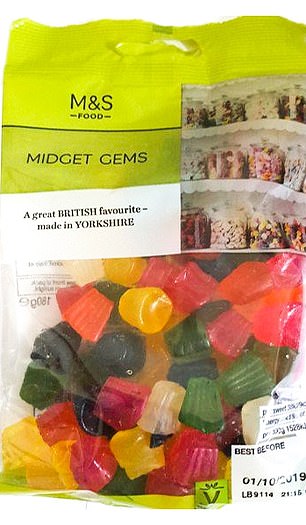 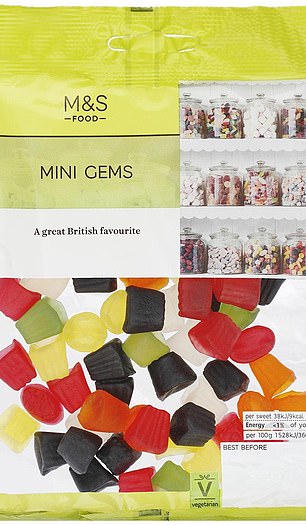 Dr Pritchard – who has achondroplasia, the most common form of dwarfism – said: ‘The word midget contributes to the prejudice that people with dwarfism experience daily. It is clear many companies are simply unaware of just how offensive the term is.’

She acknowledged that some may think the change is part of ‘cancel culture’ but argued ‘when people scream the name at you in the street, it is only right that it is removed’. M&S confirmed the rebranding of its Midget Gems packets, pictured.

Dr Pritchard had tagged supermarkets and sweet brands in a tweet asking them to stop using the word.

Tesco is also reviewing the branding of its midget gems.