A Michigan pastor with eight drunk driving offenses tried to escape another DWI arrest by ramming his car into a police cruiser, officials said.

David Jones, 57, was allegedly drunk in his car around 1am last Wednesday when officers arrived at the convenience store off Interstate 75 in Arenac County, Michigan, after someone called to report a suspicious man.

The plastered pastor ‘refused to roll down his window, refused to do anything,’ Arenac County Undersheriff Don McIntyre told WXYZ.

He then sped across the highway and briefly stopped in a parking lot before speeding up and crashing into the back of a building, according to the TV station.

Jones then turned around and intentionally slammed into the police car, officials said. 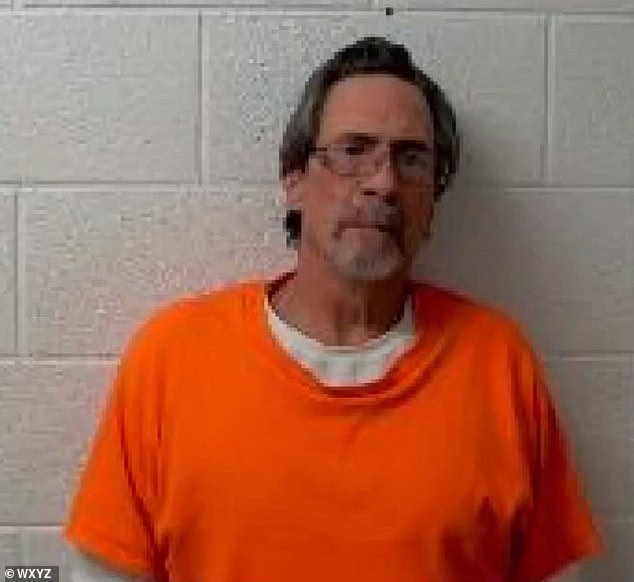 David Jones (pictured), 57, has been charged with attempted assault after an incident that happened at 1am last Wednesday when officers arrived at a convenience store off Interstate 75 in Arenac County, Michigan, after someone called to report a suspicious man 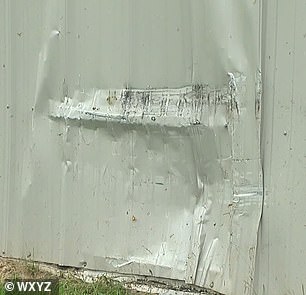 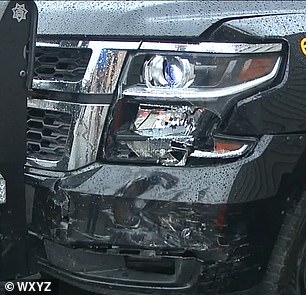 Jones sped up and crashed into the back of a building (left) then turned around and intentionally slammed into the police car (right), officials said 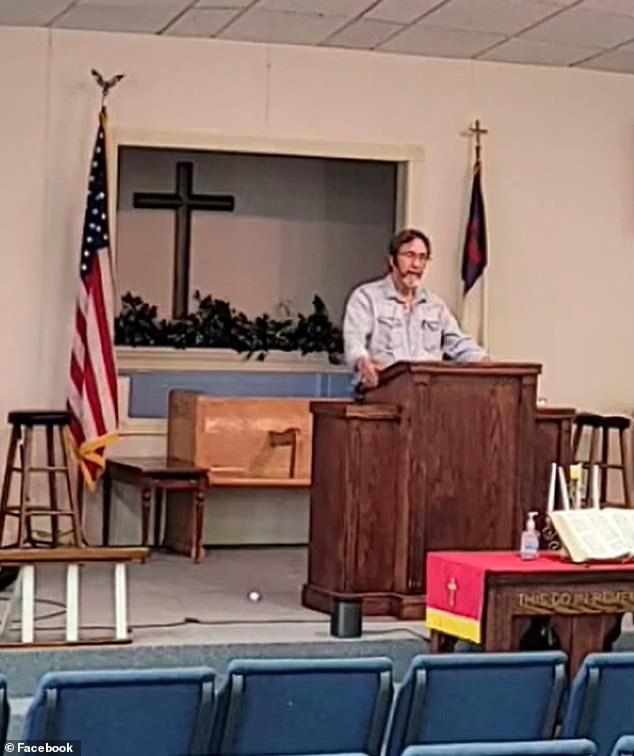 ‘He struck their building, turned his vehicle towards deputies, accelerated, smashing our patrol car,’ McIntyre told the news station.

After the crash, the pastor refused to get out of his car and the two deputies had to break the windows and wrestle Jones from his car, police said. 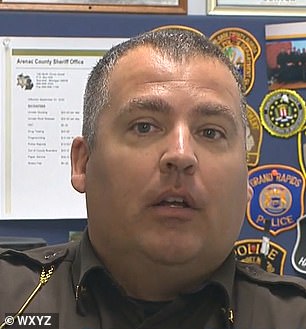 It was ‘very scary for the deputies involved,’ McIntyre said.

He added: ‘If you turn your vehicle around and intentionally collide with a police vehicle, you are going to be charged with attempted murder on police.’

McIntyre also noted that ‘luckily our deputies were not injured’.

The pastor faces 10 charges in total, including his ninth incident involving drinking and driving, and attempted murder.

He is being held on a $1million bond and faces life in prison if he is convicted, according to ABC 12.

Prior to the October 6 incident, his most recent drunk-driving arrest was just two months ago in August. It was not immediately clear if Jones was out on bail when last week’s crash happened. 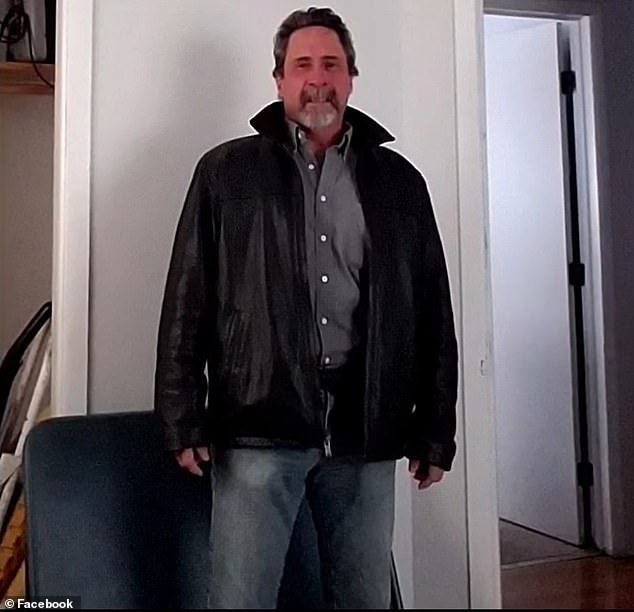 McIntyre was relieved that nobody else was injured in the chaotic chase in the small, northern Michigan county, located about 150 miles from Detroit.

‘If he enters the freeway, right there by the freeway or right on M-33, crosses that centerline, its likely a collision will occur that will kill somebody,’ the undersheriff told WXYZ.

Jones often led sermons at Hilton Oaks Baptist Church in Ferndale, about 10 miles north of Detroit. It is unclear what the pastor was doing two hours and 20 minutes away from where he lived and worked.

The church has yet to comment on the incident.

Geraldine Beguhn, one of Jones’s neighbors, attributed the crime to his job as a pastor.

‘They probably feel because of their position in the community, they can get away with some of this stuff,’ she told Fox 2.

When Beguhn found out Jones was a repeat offender, she asked: ‘Who lets him go? Doesn’t he ever appear in front of a judge?’

A friend of the Jones family, Ralph White, said that he’s ‘sad’ for Jones ‘because it keeps happening’.

‘It’s sad that our system allows it to keep happening it’s sad for the people that are affected by it. I knew David’s mother, she passed away – she wouldn’t be pleased,’ he said, according to Fox 2.