Former Vice President Mike Pence is set to openly defy former President Donald Trump by holding a rally in support of Georgia Gov. Brian Kemp – who Trump has repeatedly attacked for failing to go after ‘fraud’ he blames for his 2020 election loss.

‘Brian Kemp is my friend, a man dedicated to faith, family and the people of Georgia,” the former vice president said. “I am proud to offer my full support for four more years of Brian Kemp as governor of the great state of Georgia.”

Kemp is on a short list of public officials who most infuriated Trump as he and his allies sought to turn back Joe Biden’s win in key states.

Trump is backing former Sen. David Perdue, who in debates has claimed his own defeat was also tainted – although a state judge Thursday dismissed his lawsuit claiming fraud in the state’s most populous county. He pushed Perdue to get into the race. 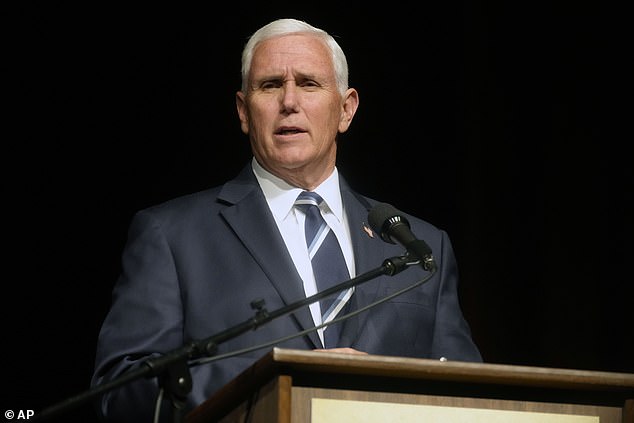 Trump has ripped Kemp as a ‘real RINO’ – a Republican in name only – and accuses him of refusing to sufficiently pursue fraud claims.

The state is central to Trump’s theory that the election was stolen. A grand jury there is considering evidence that Trump interfered with the election when he told the secretary of state to ‘find’ 11,780 votes.

Kemp and Perdue face off in the primary May 24. He has been upping his profile with a series of speeches and events.

Trump said in a recent interview the two men haven’t spoken in months. Trump attacked Pence in the days up to Jan. 6, when he said Pence lacked ‘courage’ by refusing to reject votes certified by states like Georgia where Trump was claiming fraud. 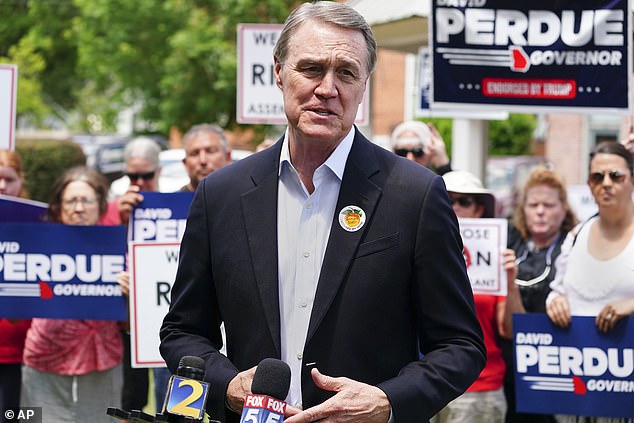 Trump is backing former Sen. David Perdue, who lost his seat in 2020 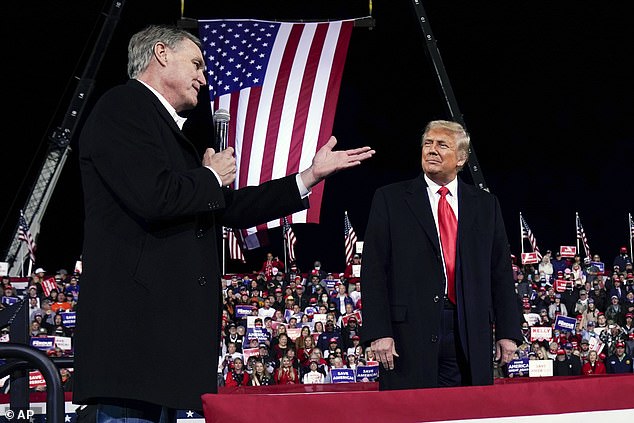 Former Sen. David Perdue of Georgia, speaks as President Donald Trump looks on, at a campaign rally at Valdosta Regional Airport, Dec. 5, 2020, in Valdosta, Ga. Perdue is building his campaign around Donald Trump and veering to the right as he tries to unseat Republican Gov. Brian Kemp in a May 24 GOP primary

Kemp praised Pence by bringing up less freighted issues. ‘The Vice President’s leadership was instrumental in creating the most prosperous economy in American history, including here in Georgia, and his commitment to building a safer, stronger America represents the highest ideals of our party,’ he said, Fox News reported.

Trump told the Christian Broadcasting Network this month he was ‘disappointed’ in Pence.