There has been intense scrutiny of the Prime Minister’s decision to nominate Lord Lebedev for a peerage, in July 2020, following claims Boris Johnson brushed aside official advice against it.

Russian-born Lord Lebedev is the son of an ex-KGB officer and it was claimed that security services – following the PM’s intervention – had withdrawn an assessment that granting the 41-year-old a peerage posed a national security risk.

Mr Johnson has denied overruling concerns about Lord Lebedev, while the peer himself stressed he has ‘nothing to hide’ and backed the publication of security advice.

But Opposition MPs have kept up the pressure on the PM over the peerage for Lord Lebedev, who is a significant shareholder at the Independent website and owner of the Evening Standard newspaper.

In March, the House of Commons approved a ‘Humble Address’ motion from Labour seeking to force the Government to release documents about the peer’s appointment.

Ministers last month missed a deadline to publish the information demanded by MPs.

They have now responded by releasing the blank form Lord Lebedev was required to fill in the by House of Lords Appointments Commission, the public citation announcing his appointment, a list of the other peerages awarded at the same time, and a letter congratulating him on his appointment. 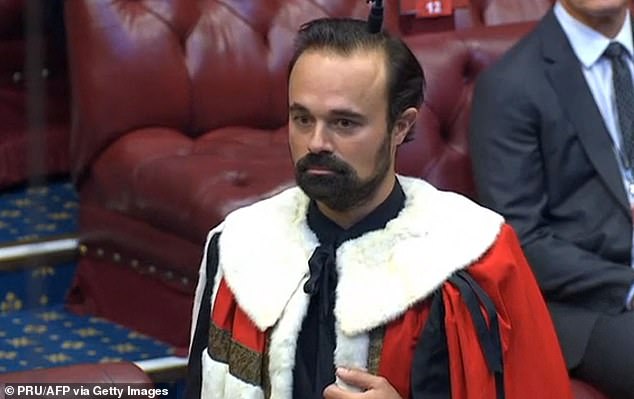 There has been intense scrutiny of the Prime Minister’s decision to nominate Lord Lebedev for a peerage, in July 2020 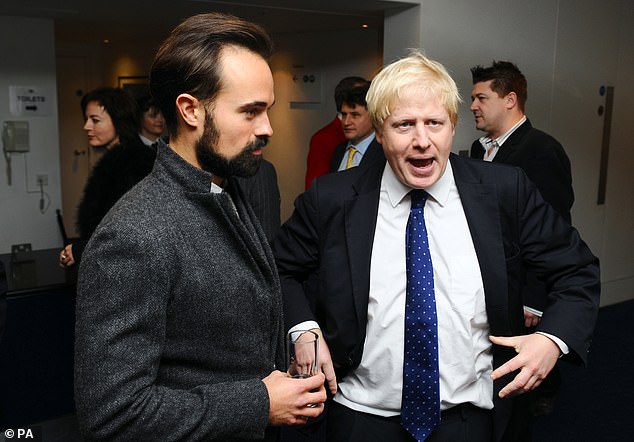 Labour immediately accused the Government of failing to comply with the parliamentary instruction by only releasing heavily-redacted documents.

In a statement, Cabinet Office minister Michael Ellis insisted the Government ‘is and remains committed to openness and transparency’.

But he added: ‘It is also the case that when considering requests for information from Parliament, the Government has a responsibility to consider whether it is in the public interest to place information into the public domain.

‘The disclosure of these documents reflects the need to protect national security, to maintain integrity in the system for the awarding of honours and dignities by the Crown, the vetting of nominees for probity and the data protection rights of individuals.’

Labour deputy leader Angela Rayner claimed the Government was engaging in a ‘cover-up’.

‘If the Prime Minister is claiming he was not involved in forcing through the award of a peerage to an individual of concern to our intelligence services, he should come clean and publish the documents as Parliament instructed,’ she said.

‘The Government has not provided a single piece of information in these heavily redacted documents, failing to comply with a direct instruction from Parliament.

‘The Government is once again seeking to hide in the shadows from the sunlight of scrutiny. We will take steps to rectify this contempt of Parliament.

‘The public have a right to know the truth about Boris Johnson’s interference in the appointment of his friend Lord Lebedev, the son and business partner of an ex-KGB agent, to a seat in the heart of our Parliament. It is time to get to the bottom of this whole murky business.’

The Government also earned a rebuke from Parliament’s Intelligence and Security Committee, after it was revealed by Mr Ellis that they had also requested information related to Lord Lebedev’s peerage.

In a statement, the Committee said the request was ‘completely independent’ of the Labour-led ‘Humble Address’ motion.

‘The information requested was not provided to us by the 28th April deadline mandated by the Committee (so as to align with the Parliamentary deadline),’ the Committee added.

‘It was received only yesterday and the Committee is therefore not yet in a position to determine whether the information provided is sufficient, whether the response meets the statutory provisions which govern the Intelligence Community’s obligations to the Committee, and whether the Committee will have further questions arising.

‘The Committee is surprised by the statement by the Minister for the Cabinet Office today which links the classified provision of information to the Committee with the entirely separate parliamentary process of the Government’s response to the resolution of the House of Commons.

‘So far as the ISC is concerned, at this stage our request for information should have remained a private – and classified – matter of oversight.’

A Number 10 spokesman said: ‘It’s our responsibility to protect the integrity of the vetting process which is voluntarily entered into on a confidential basis.

‘We are committed to transparency but the disclosure we’ve made reflects the need to maintain the integrity of the system.’