This is the shocking moment a stolen pick-up truck smashed into a car while being pursued by police in a high-speed chase.

Home security cameras captured the white Ram pick-up speeding down Country Club Road in Endwell, New York and crashing into a blue Chevrolet sedan as it pulled out of a side road on October 11.

The crash impact sent the blue sedan flying into a utility pole, while the truck hurtled across the driveway of a nearby house before coming to a stop in the middle of the road. 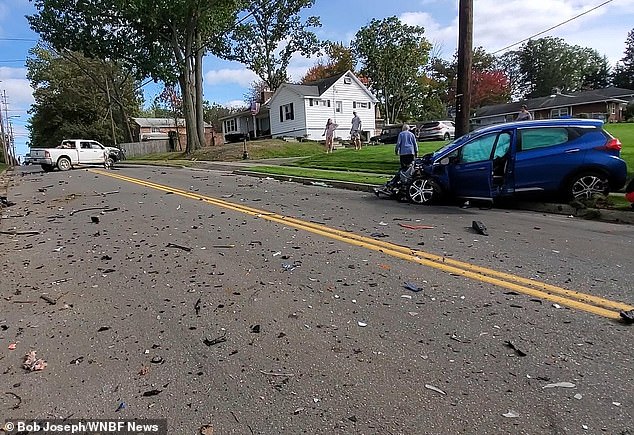 The aftermath of the crash in Endwell, New York on October 10, showing the wrecked vehicles and debris strewn across the street 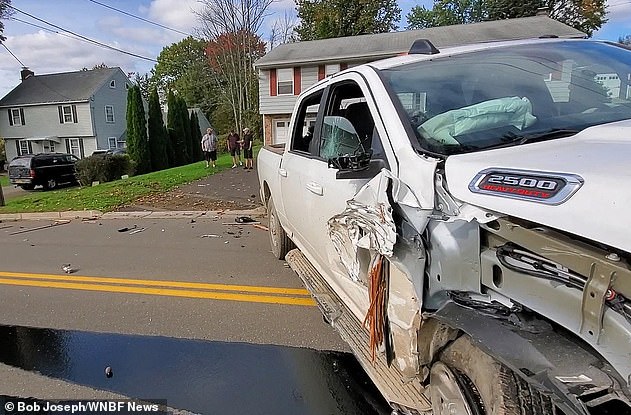 A witness said the woman driving the blue Chevrolet managed to get out of her wrecked car unaided and was treated at the scene.

The 20-year-old pickup driver fled but was later detained by officers, according to local reports.

Pictures taken after the crash, which happened shortly after 2.30pm, show the Chevrolet up against the utility pole with its front airbag inflated.

The front end of the car was totally destroyed with debris from both vehicles strewn across the street.

The pick-up truck was abandoned further up the street, with severe damage to its front passenger side wing and wheel.

The truck had been stolen just minutes before the collision from a driver in Endicott, according to WNBF News Radio. 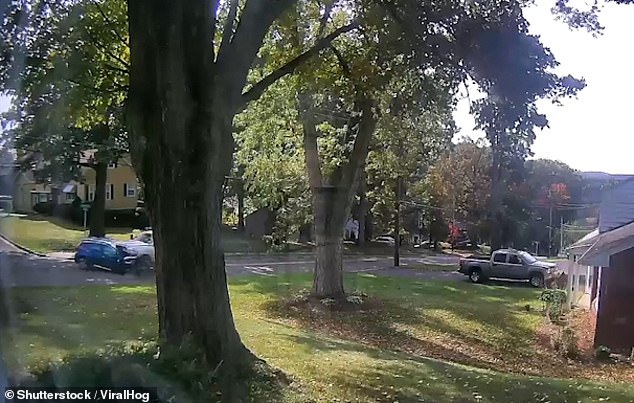 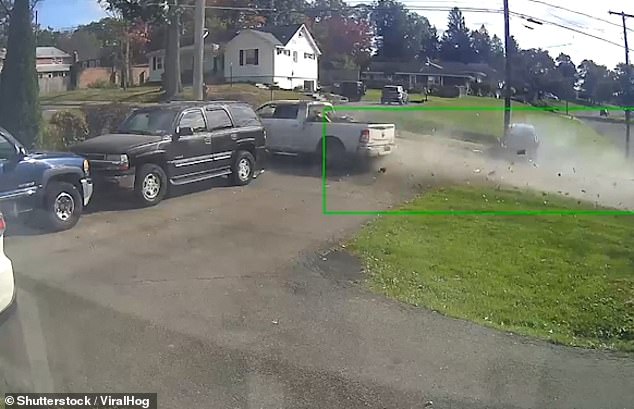 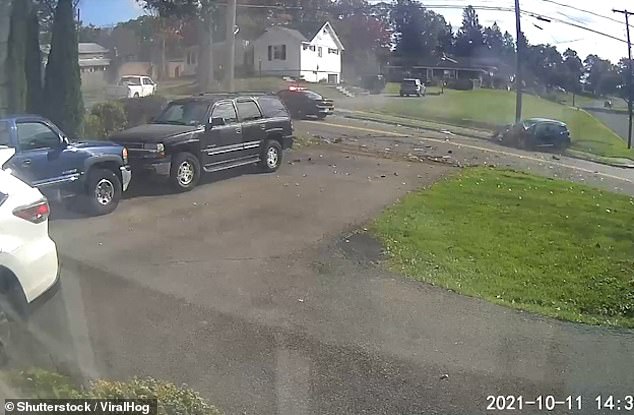 The truck owner suffered a serious leg injury during what was described as a ‘hit-and-run incident’ on Watson Boulevard.

After the truck theft, a state trooper tried to flag down the thief but he did not stop.

The trooper then drove after the pick-up, following the truck until it crashed into the sedan.

Police have not released any information about the identity of either the driver of the stolen truck or the blue sedan.

Coinbase cryptocurrency co-founder: 90 percent of NFTs will be worthless over the next five years