‘I forgot I was a policewoman and put myself in the mother’s shoes’: Hero cops save toddler from choking as they rush her to hospital in Argentina in dramatic footage

This is the moment two police officers in Argentina saved a toddler from choking in front of her distraught mother.

Dramatic dashcam and CCTV footage shows officers Laura Pagani and Diego Carrizo pick up 15-month-old Alma, who is choking, and her distraught mother in their police car in San Miguel, in the Greater Buenos Aires Region.

As officer Carrizo speeds through the streets, sirens blaring, officer Pagani performs CPR on the toddler while her mum wails in the back seat in the tense video filmed on January 9. 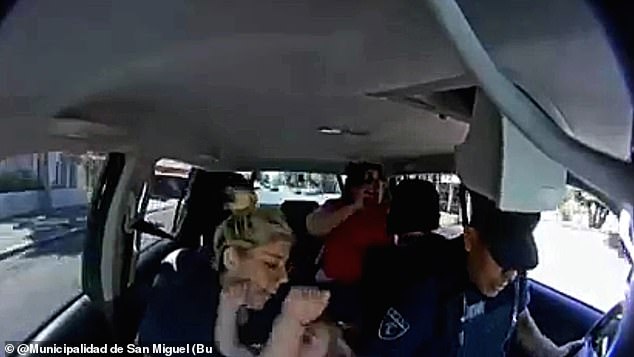 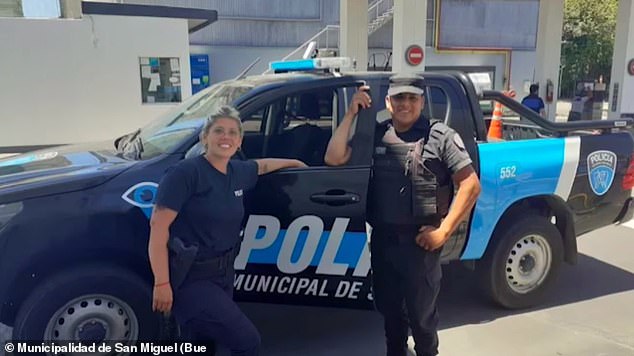 When the officers first grabbed the toddler, after hearing her mother’s screams, she had convulsed and she was hardly breathing.

However, officer Pagani kept trying to revive the little girl, and finally managed to get her breathing again.

In all, the tot had been choking for 93 seconds, during which officer Carrizo had managed to negotiate traffic to drive eight blocks to the hospital.

Afterwards officer Pagani said: ‘I forgot that I was a policewoman… I put myself in the mother’s shoes even though I’m not a mother.’ 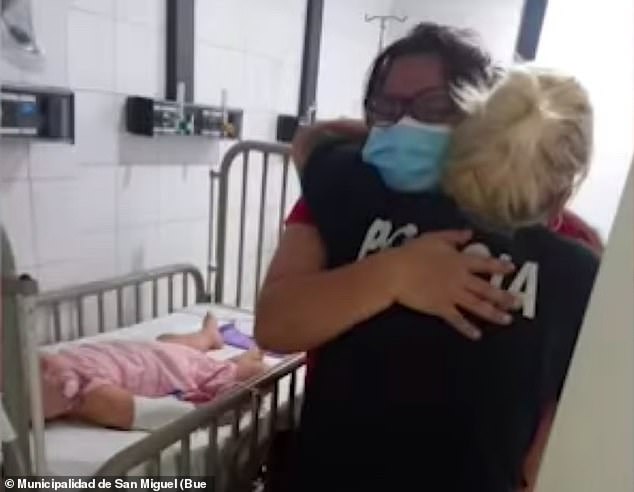 She told Infobae: ‘When we saw the video, we started to cry. Those two minutes lasted forever. My partner drove like never before.

‘Inside, I was saying “you have to save her, she can’t go” until I saw her open her eyes and gain colour. It was a moment I will never forget in my whole life.

During the video, Alma’s mother is seen hysterically crying while on the phone in the back seat.

Officer Pagani tries to calm her multiple times through the video but only succeeds when Alma had resumed breathing.

She added: ‘I thanked the mother for placing her trust in us because she handed [the baby] over to us.

‘When I saw the baby sitting on the stretcher, I also hugged and kissed her.’ 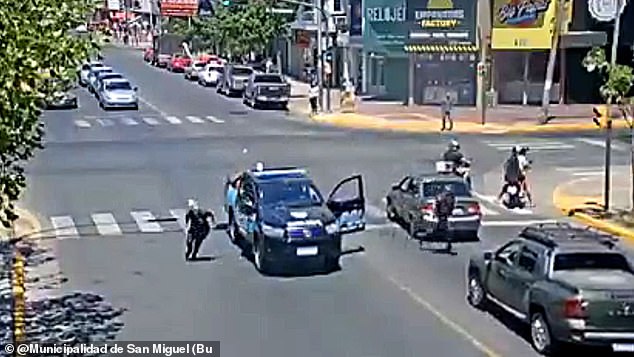 Once she had helped get Alma breathing, officer Pagani then turned her attentions to calming down her mother who appeared to be on the phone.

According to local reports, doctors at the Larcade Hospital managed to stabilise the youngster and were able to discharge her that same night after prompt medical attention.

Attorney General ‘a disgrace’ for saying she may send Colston case to Appeal Court, say critics