A family – including a special needs daughter and a woman in a wheelchair – were stopped as they tried to cross the Rio Grande early Thursday, a sign of skyrocketing border crossings as states deal with record numbers of migrants.

The family crossed over just after midnight in 30-degree weather, according to Chief Patrol Agent Jason D. Owens of the Del Rio sector, which covers the 245 mile-border along the Rio Grande River and Lake Amistad.

‘Never a dull moment…,’ Owens said, above photos of the family at the border and inside what appears to be a border patrol office and . ‘What could possibly go wrong?’

It is unclear if the family was detained or where they spent the rest of the day. Customs and Border Protection did not immediately respond to a request for comment from DailyMail.com.

President Donald Trump’s ‘Remain in Mexico’ policy – which requires immigrants to wait in Mexico while their asylum claims are processed – is still in effect. President Joe Biden ended the policy in June, but it was reinstated last month after Republican officials in Texas and Missouri sued the administration in federal court. 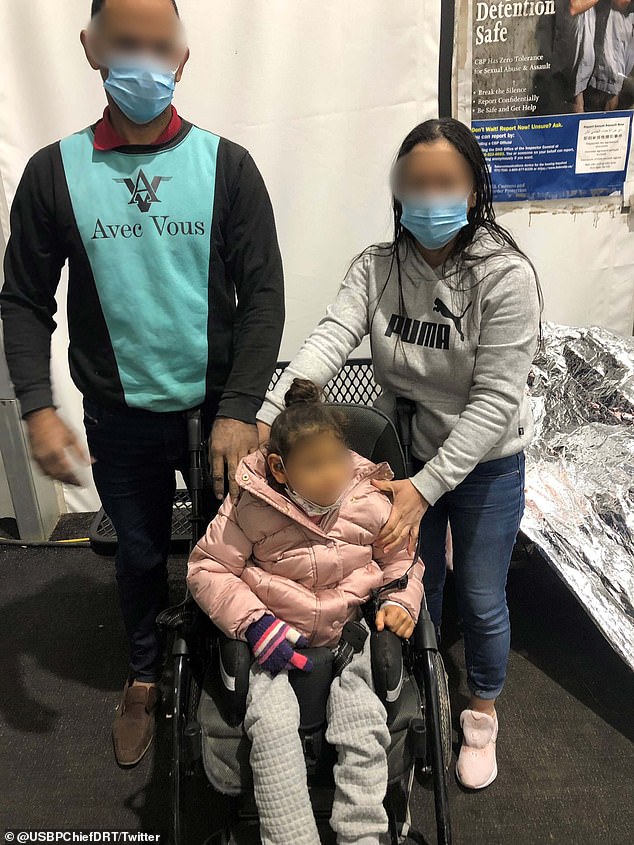 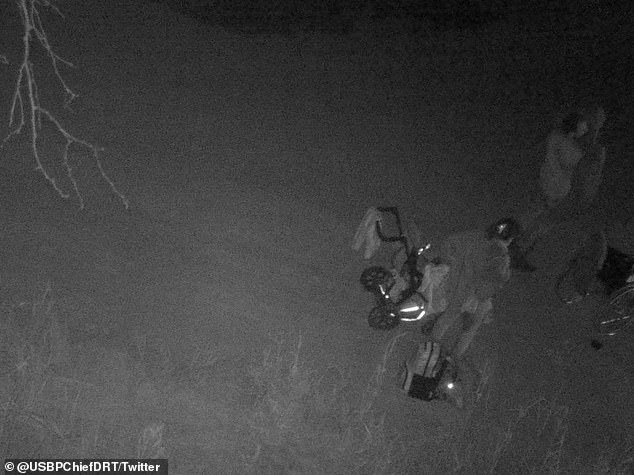 ‘Never a dull moment…,’ said a border patrol chief of the family’s crossing (above). ‘What could possibly go wrong?’ 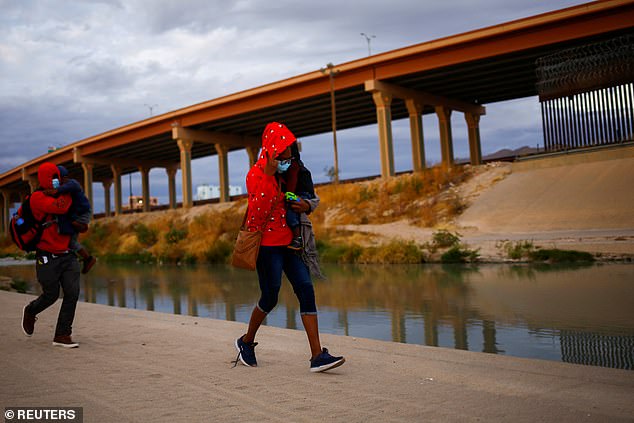 The family was stopped by the Rio Grande, which forms part of the border with Mexico. Above, migrants from Haiti walk along the river to turn themselves in to agents on December 27 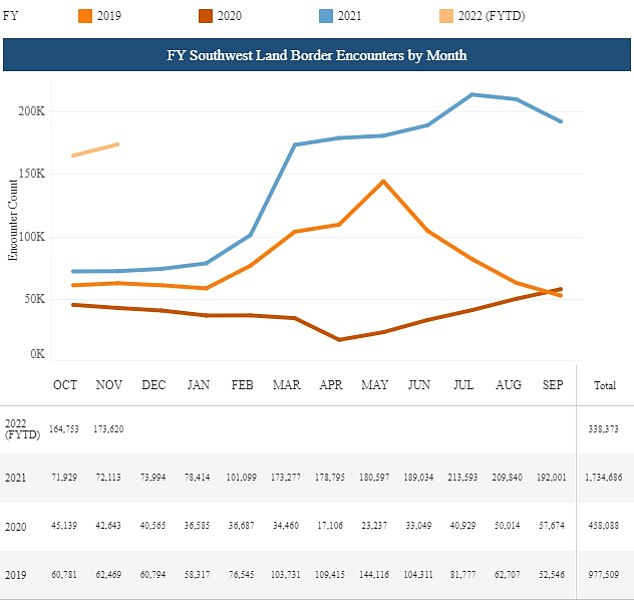 Southern border crossings continue their upward trend. In November, CBP encountered 173,620 migrants at the southern border, an increase from the 164,753 in October

People who cross the Southern border illegaly are still eligible to apply for asylum, according to US Citizenship and Immigration Services. It is unclear if the family who crossed over on Thursday applied for anything.

In November, CBP encountered 173,620 migrants at the southern border, an increase from the 164,753 in October. December figures have not yet been released.

The numbers continue the upward trend seen in fiscal year 2021, when border crossings reached a peak of 213,593 in July.

Earlier this week, disturbing images emerged showing dire conditions at Arizona border patrol facilities as tens of thousands of migrants were packed together in overcrowded trailers and makeshift mylar tents.

Rafa Rivera, regional president of the National Border Patrol Council, told the Washington Examiner that more than 1,500 migrants were in custody in Yuma, Arizona at one point this week. 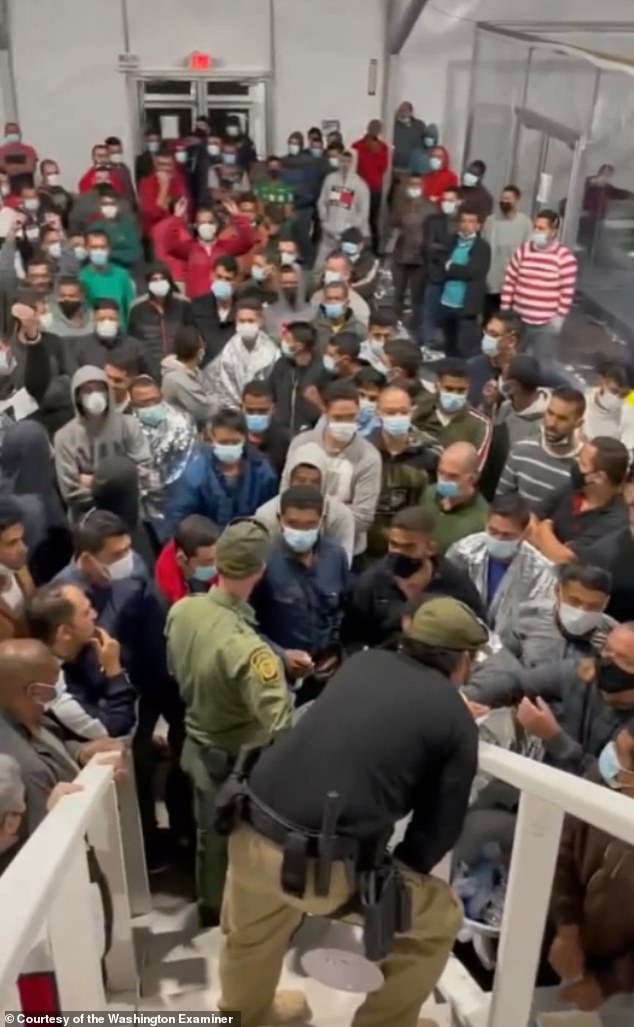 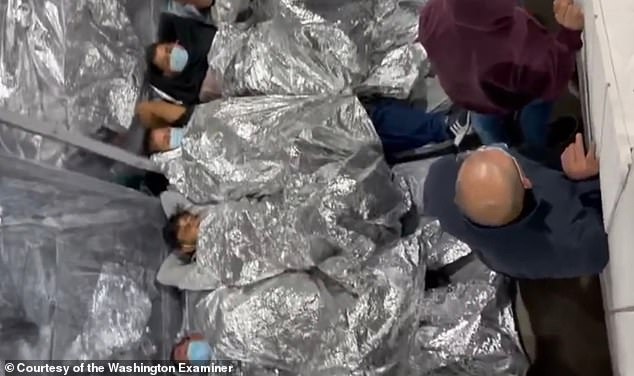 People are touching their neighbors as they try to lie down and rest under mylar blankets, while other attempt to traverse a narrow walkway 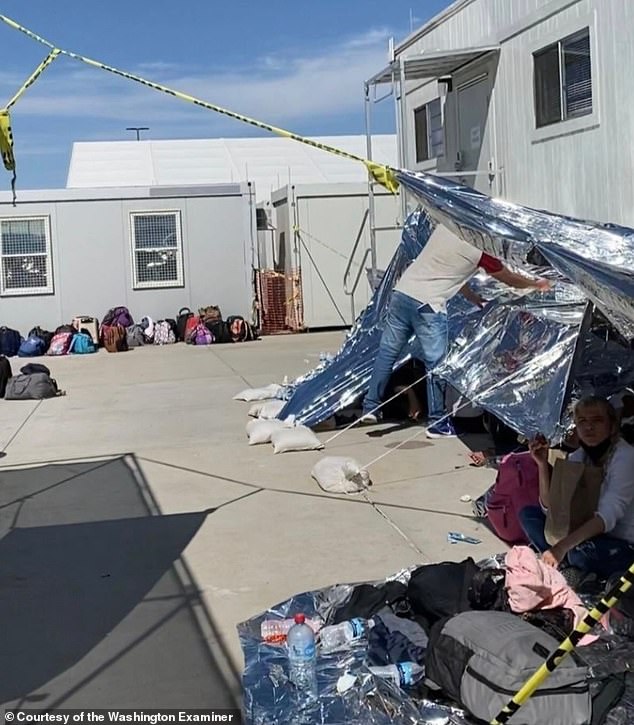 Makeshift tents of mylar blankets, caution tape and sand bags are set up for overflow holding outside the facilities in Yuma 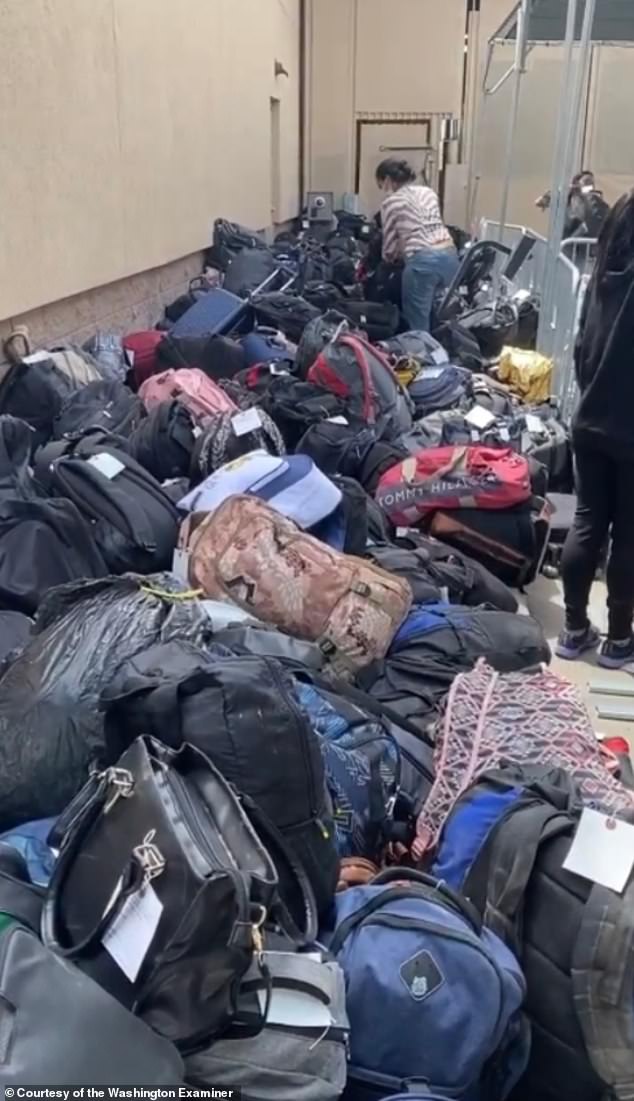 ‘Usually around this time through the holidays, it slows down, but here in Yuma, it was constant,’ Rivera noted.

Yuma Mayor Douglas Nicholls declared a state of emergency on December 9 after 6,000 people were taken into custody by Border Patrol in the course of five days.

The behemoth figure equates to the number of migrants intercepted in an average month over the past two decades.

The surge and revelation of overcrowding also comes amid a massive surge in infection rates for COVID-19 with the Omicron variant – leading to further questions on the holding conditions in the middle of the pandemic. 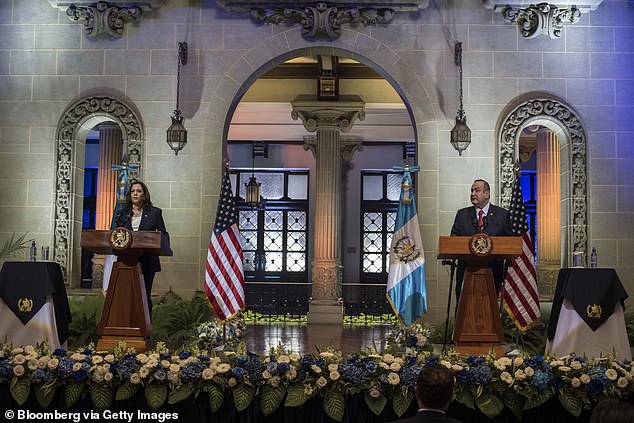 Kamala Harris had a phone call on Monday with Guatemala President Alejandro Giammattei after a barrage of criticism continues to hit the vice president over her handling of the southern border crisis.

During the call, Harris ‘reaffirmed the administration’s commitment to working together with Guatemala on a broad agenda that includes the root causes of migration, trafficking, economic development, and anti-corruption,’ according to a statement from her office.

The call came after Giammattei went public with his dissatisfaction regarding communication over the last several months with the vice president and White House.

More than 65,000 non-citizens were caught illegally crossing into Yuma from Mexico between September and November, which is higher than encounters in typical years.

The operation was unveiled in March 2021 amidst a wave of illegal immigrants from Central America crossing the US-Mexico border. It deploys law enforcement in areas human and drug smugglers are known to use. 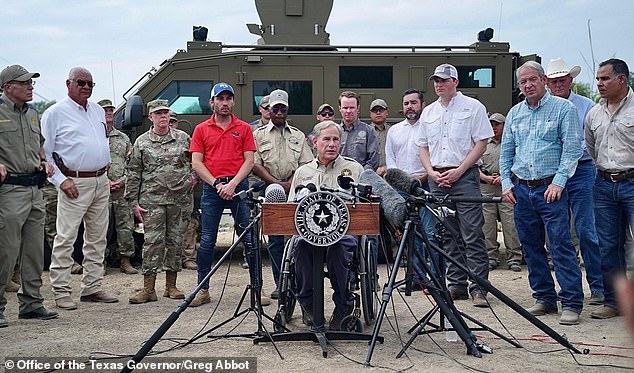 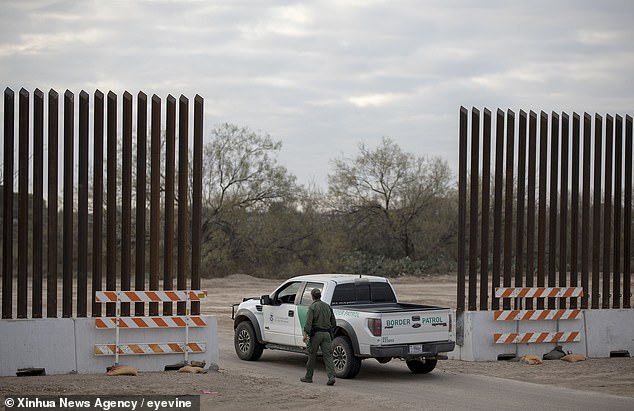 In its first two months, the Texas Department of Public Safety made 598 criminal arrests and more than 16,000 referrals of illegal immigrants to the US Customs and Border Protection as part of Operation Lone Star, according to a Valley Central news report.

Curipoma’s lawyer said that Operation Lone Star was unconstitutional because it tries to supersede federal immigration law, adding that Curipoma was jailed rather than being considered for asylum, which is within his right.

‘The Texas government is restraining the liberty of thousands under the guise of criminal trespass prosecutions in an attempt to usurp federal immigration legislation and strong arm the federal government into enacting policies that Gov. Abbott would prefer,’ they attorney wrote in a filing.

David A. Schulman filed on behalf of the state in Kinney County, where he argued the case should be heard, because that’s where Curipoma was arrested. Schulman argued there was no evidence Curipoma’s arrest had anything to do with Operation Lone Star.

The party continues! Obama’s 60th celebrations roll into third day with a birthday brunch with Oprah