This is the heart-stopping moment a man cheated death when he came inches away from having his head crushed by a train.

The man stumbled while attempting to cling onto the door of a moving train in Dadar railway station in Mumbai, India.

Incredibly, he was saved by two fast-acting security guards who rushed to the man and hauled him onto the platform. 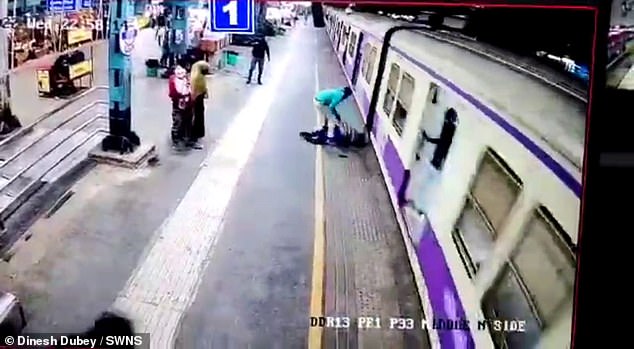 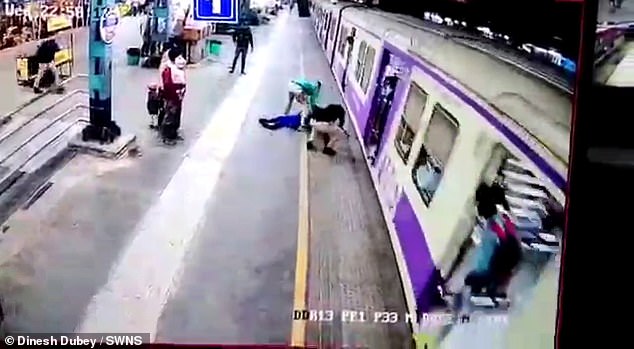 CCTV captured the dramatic rescue which happened on January 12 in front of shocked passengers.

One eyewitness said: ‘Everything seem to happen so quickly, the man was holding onto the window of the train and was desperately running to keep up with it as it sped up.

‘Suddenly he lost his footing and looked like he was going to get sucked underneath it.

‘There was a family with a child just feet away and they just watched in horror. 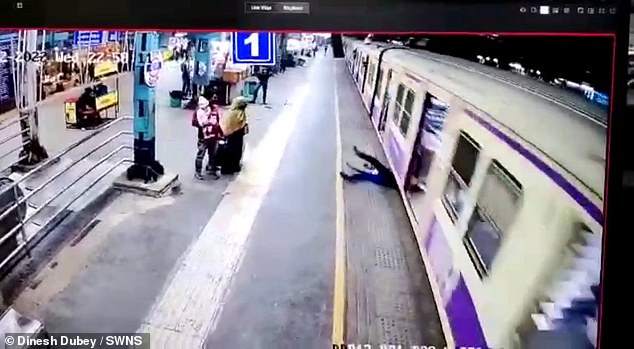 ‘The man’s head disappeared under the train and everyone feared the worse until these two security guys dashed over and pulled him free.

‘The man looked unconscious but mercifully was not badly hurt. He must have missed being crushed to death by a matter of inches.’

The unnamed man was admitted to JJ Hospital, Mumbai for treatment.

Amazon reveals its top ten most desirable toys for Christmas 2021

DOMINIC LAWSON: Haunting image of a killer and his victim