Saving its bacon! Moment pig breaks out of a moving trailer and leaps into road as it is being taken to slaughter

This is the moment a pig made a dramatic leap for freedom as it was being driven to the slaughterhouse.

The animal was filmed from the car behind as it broke out of the trailer carrying it in the city of Mukachevo, in western Ukraine.

A man can be heard egging on the hog’s escape bid as he films it on his phone.

Footage of the incident has gone viral, with two videos posted on TikTok amassing more than 484,000 views since being posted earlier this week. 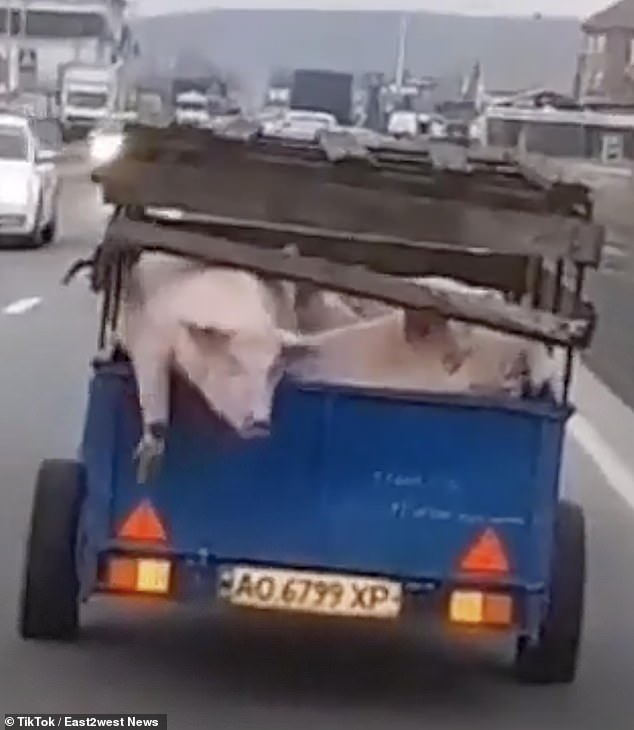 The pig pushed at insecure slat on its trailer to make a break for it in city of Mukachevo, in western Ukraine 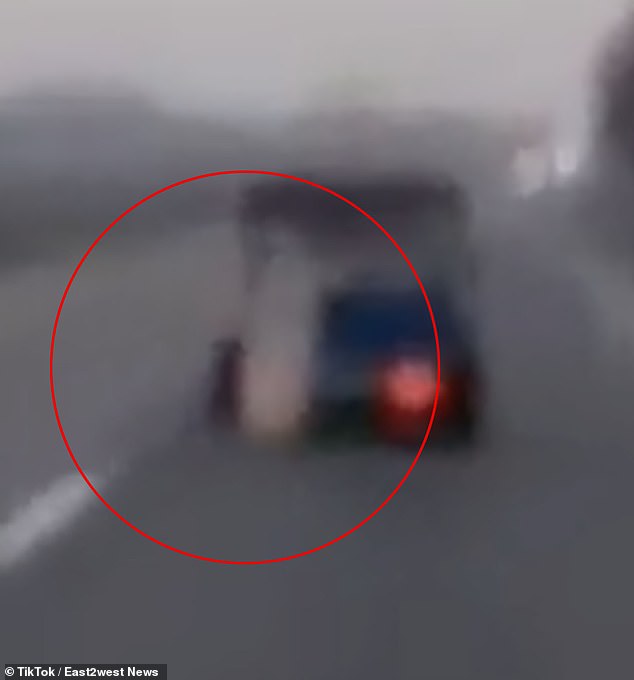 The man shouted at the pig: ‘Come on, not far to go. Come on’ as the pig was using its snout to try and displace part of the truck it was being transported in.

When the pig escapes, the car behind stops in time and the animal scuttles away.

But it is unclear if he caught the fleeing pig. 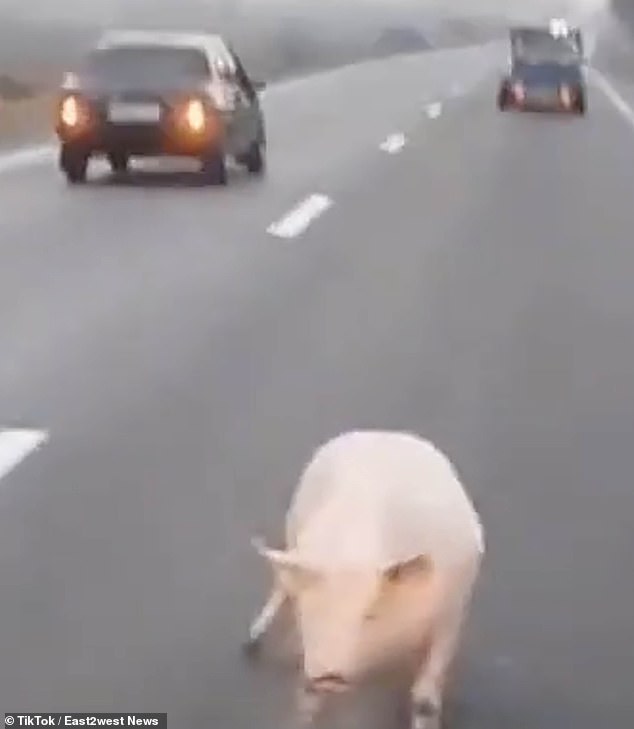 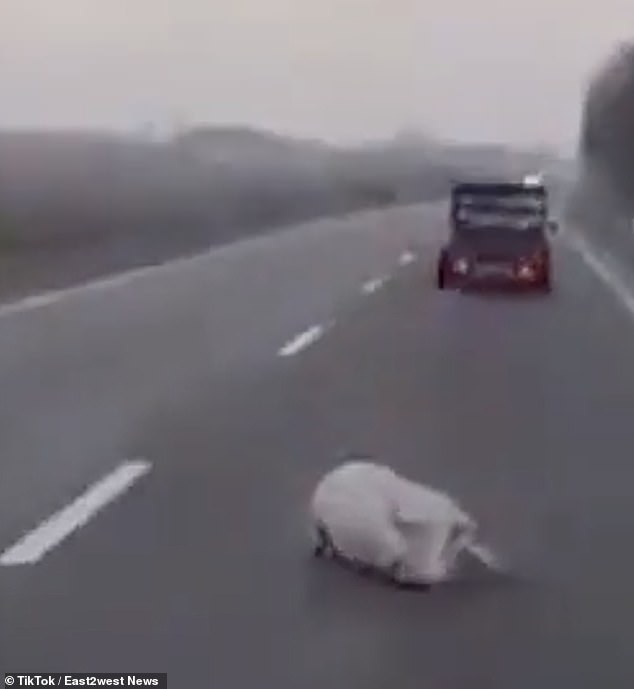 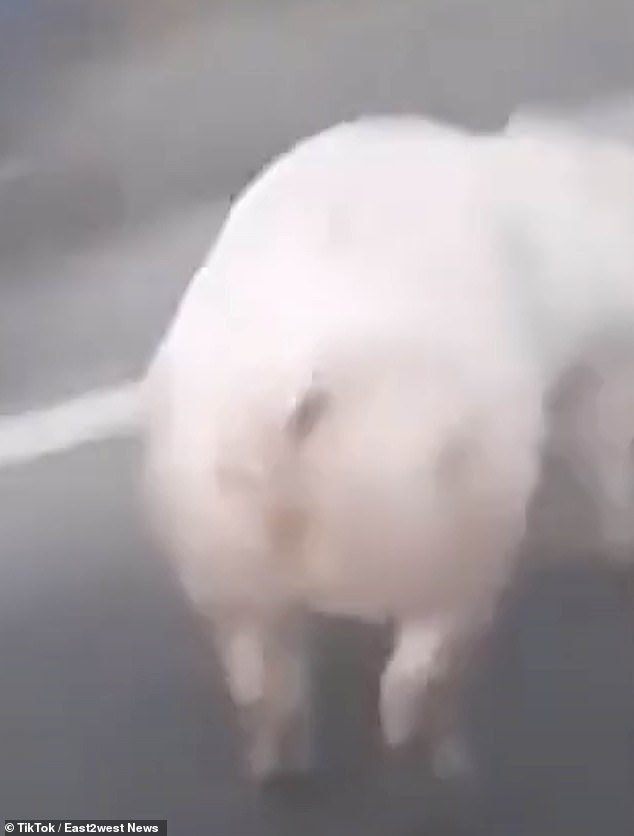 The incident is similar to one caught on camera in Bosnia & Herzegovina in 2018.

In the incident, a small pig was filmed trying to make a break for it when it stuck its snout through the rear tail light to get a sniff of fresh air.

The cheeky four-legged farm animal was seen nuzzling its way through an empty gap left by a dangling light as another car passes on the road.

The man driving the pig in a battered silver, four-door VW Golf appeared completely unaware of his animal cargo’s antics – much to the amusement of a passing driver.

Prince William’s mental health crisis: Duke reveals he was engulfed by a dark cloud of depression

Law graduate ran over and killed pedestrian, 51, after she pressed accelerator instead of the brake

Why the Chinese diaspora support the Proud Boys