Moment two bears get into a ferocious fight in the carport of a Lake Tahoe, California home

A vicious claws-out fight between two bears was caught on camera in the carport of a Lake Tahoe, California home.

The brawling bruins woke up homeowner Lisa Quick, a manicurist, who told ABC7 that she heard a ‘strange growling’ and immediately knew there were bears outside.

In the footage, the grizzly creatures come charging at each other from opposite directions meeting center frame, swinging wildly at each other while emitting a low roar. 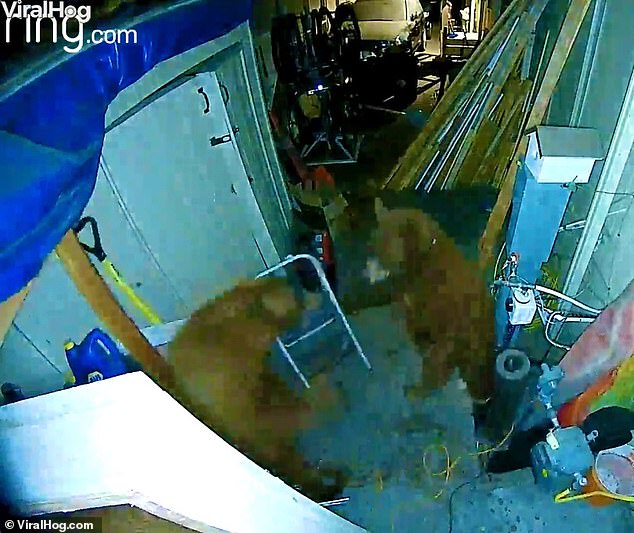 Two bears went toe to toe in the carport of Lisa Quick’s Lake Tahoe carport, waking her up 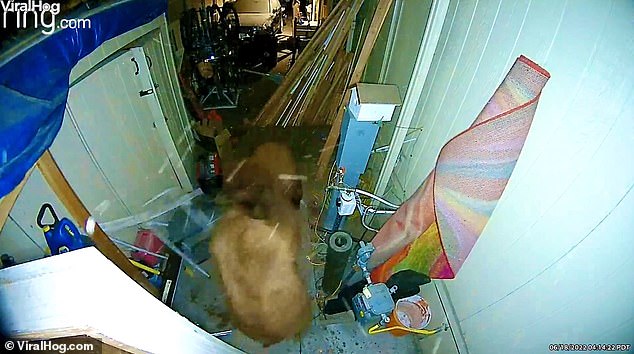 The creatures swung wildly at each other, knocking a step ladder out of the way during the skirmish 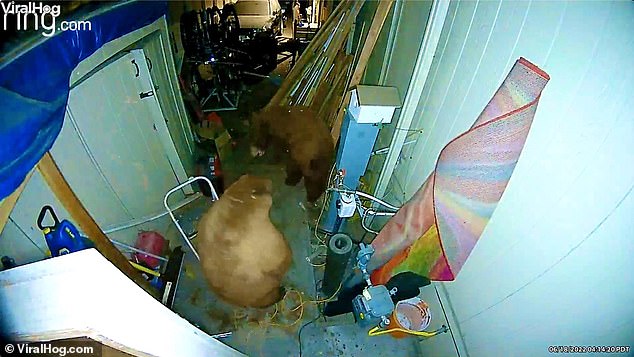 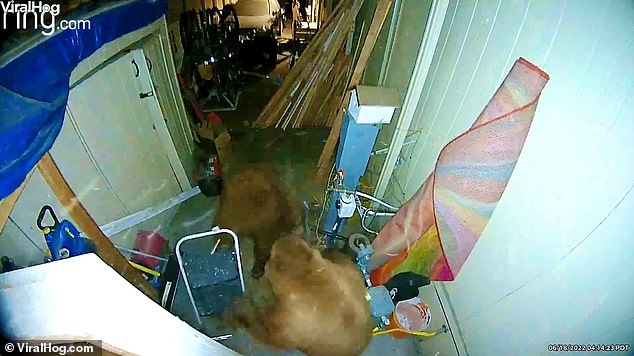 They knock a step ladder out of the way and jostle the gas meter in the narrow passageway beside the Sierra Nevada home as they show their teeth and continue to tussle.

The fur flies as they rear back on their hind legs and go at each other like a couple of prizefighters.

Several blows are landed on both sides, but as suddenly as the violence started, the two creatures part, continuing to growl and size each other up. 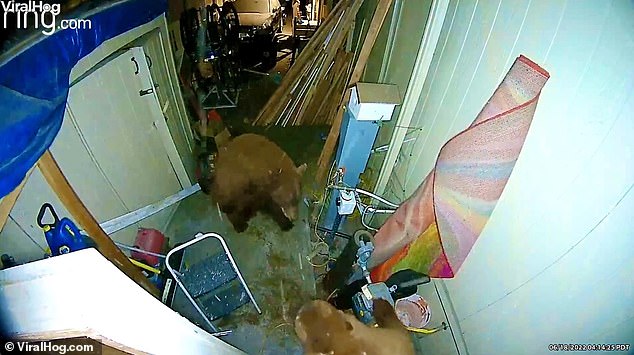 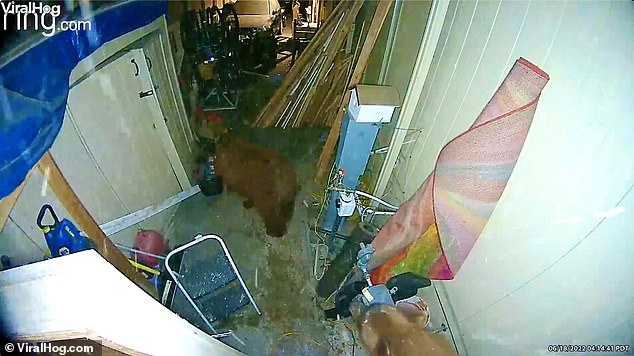 As quickly as it started, the two creatures parted and went their separate ways

One of the bears snorts and turns to walk away only to pause after several steps to consider doubling back on its foe.

It seems to reconsider and continues off past some lumber stored in the garage watched closely by the other bear.

Quick said that she is used to seeing bears near her mountain home, but this is the first time she’s seen them mix it up.

‘I screamed and my dogs started barking and we ran out there to break it up,’ Quick told the TV news station. ‘I see bears every single day but we’ve never had them fight before.’

She said that she’s fond of bears and they will usually leave her carport if she goes out to chase them off.

Shocking graphic of Omicron’s mutations reveals why scientists are worried