Nashville’s red-hot housing market soared to another mind-numbing high after a mobile home sold for $1.5 million – for a property that fetched a little over $130,000 in 2007 – ahead of software giant Oracle’s plans to build its second headquarters in Music City.

The trailer, located on the East Bank of the Cumberland River, contains just 528 square feet of space, according to Zillow, but sits on a 1.23-acre lot that the buyer is expected to develop into multiple units in the gentrifying neighborhood.

‘With that amount of acreage, they could build 40-50 townhomes and either sell them or rent them out as short-term rentals,’ said real estate director Ryan Turbeville, who noted the property represents four parcels of land.

The underdeveloped area is expecting a huge demand for space after software giant Oracle announced in July a $254 million River North project along the East Bank of the Cumberland River. 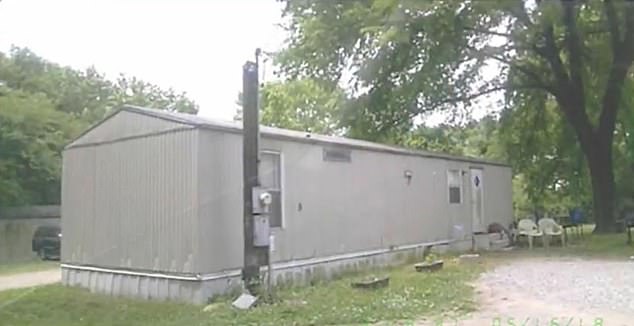 An east Nashville mobile home and its surrounding 1.23-acres of land was sold for $1.5 million to owners ‘1110 Baptist Partners’ 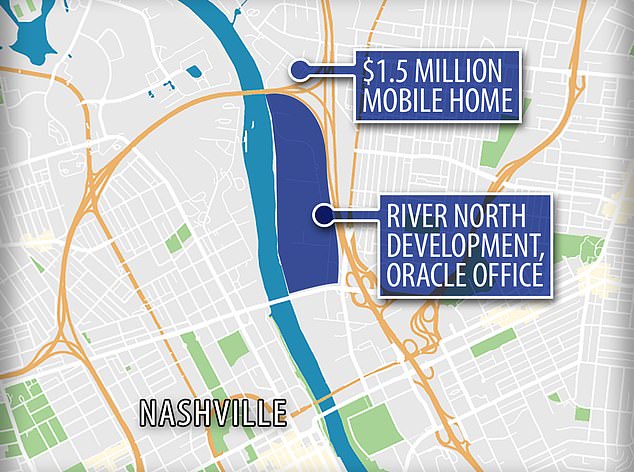 The $1.5 million mobile home is location a little more than half a mile away from the River North project by the software company Oracle who are redeveloping the area 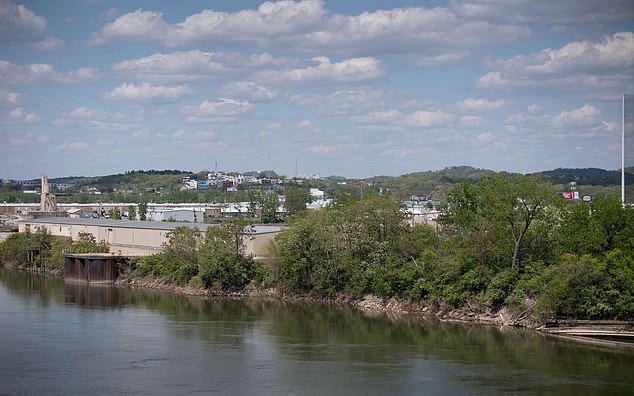 The mixed-zone area will provide opportunities for modern homes, offices and shops on nearly 60 acres in Nashville.

Oracle, which began in Silicon Valley, shifted it main headquarters to Austin, Texas, last year. The tech titan plans to spend $1.2 billion for a second U.S. headquarters in Nashville, according to the Tennessean.

‘With the River North development finally starting up and Oracle announcing itself as the main anchor tenant, all of the neighborhoods surrounding that are going to develop,’ Turbeville told WKRN .

‘How long that takes is anyone’s guess — probably 5-10 years before it spreads out.’

The buyers of the mobile home site have not revealed their plans but the closing  price beat the real estate site’s ‘Zestimate’ of $1,143,300 after it was scooped up by 1110 Baptist Partners last month.

‘I’m a big believer that the Trinity Lane, Baptist World Center, and Brick Church Pike areas are all going to benefit greatly from Oracle and River North,’ Turbeville said said.

‘With mixed-use zoning, there are many different ways [the new buyers] could approach redeveloping this property, and it’s possible they don’t know what that plan is yet.

‘Sometimes developers will buy a property keep the existing tenant and keep generating revenue for a short period of time while they develop their larger plan for the property.’ 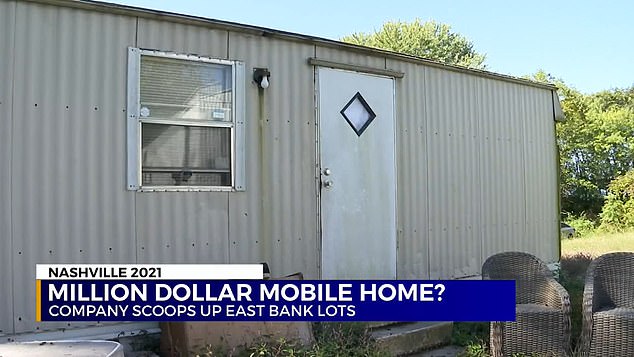 Prices for the property have raised significantly over the years as the mobile sold in 2007 for $134,933 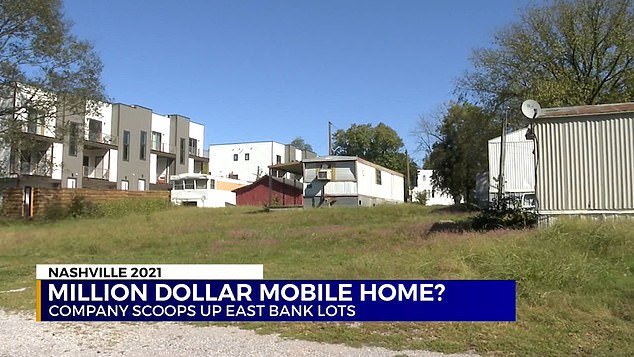 Caris Porter, who rents in the community of Cumberland Heights across from the sold mobile home, couldn’t believe the sky-high sale.

However, gentrification efforts have left current tenants concerned that they will be pushed off their properties as prices skyrocket.

‘I don’t know where I’m going to go if they do that,’ Porter said. ‘This is all I can afford right now.’

In recent years, it has become one of the most expensive US cities to live in.

The current average price for a Nashville home is estimated at $397,000 with an average 13.4% price increase per year. 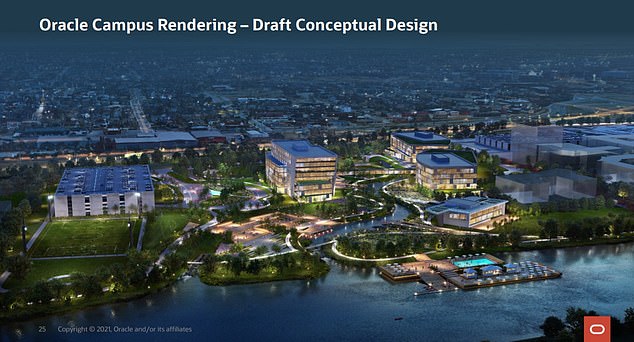 Iconic red London phone box goes on sale for £45,000 – nine times the price of a home in Hartlepool

50,000 VIPs ‘including Jamal Khashoggi’s wife’ were targeted by cyber hackers for rogue regimes