A 74-year-old woman and her late boyfriend have been exonerated of the 1987 rape and murder of her four-year-old niece after spending nearly 30 years behind bars.

Joyce Watkins was convicted of the rape and murder of her great niece Brandi in 1988. Police and prosecutors said she and her boyfriend, Charles Dunn, brutalized the girl so badly that she died in the nine hours that she was in their care.

Watkins, then aged 38, took Brandi to a hospital in Nashville nine hours after collecting her from another woman’s home, where the child had spent two months and where neighbors suspected she was being abused.

A doctor ruled that Brandi – who was unconscious – had been raped, and that she died as the result of an injuries inflicted in the nine hours Watkins and her boyfriend had her in their care.

Dunn, who was known as Charlie, died in prison in 2015 and Watkins was released that same year after serving 27 years. 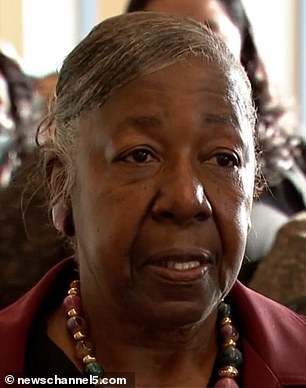 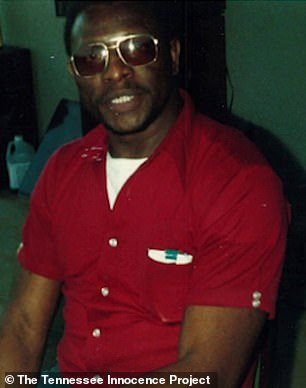 Joyce Watkins was convicted of the rape and murder of her great niece Brandi in 1988. Police and prosecutors said she and her boyfriend, Charles Dunn, brutalized the girl so badly that she died in the nine hours that she was in their care. Watkins spent 27 years in prison and was freed in 2015. Charles died of cancer in 2015 while still behind bars for the crime he didn’t committ 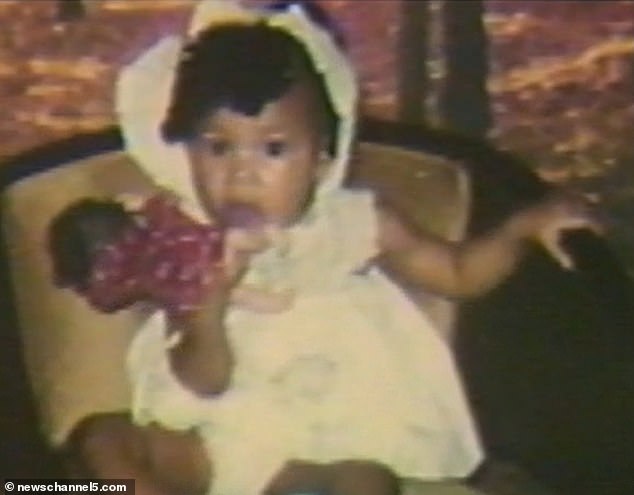 Four-year-old Brandi died in 1987. She had been beaten, and doctors said suffered severe sexual injuries. Joyce was her great aunt and was worried about her so collected her from the home of a different aunt, who had been reported to social services. That aunt had a 19-year-old son in the Marines who it was later claimed to police may have been who raped Brandi

On Wednesday, a judge overturned their convictions – Dunn’s posthumously – after an appeal from The Innocence Project which questioned the doctor’s analysis of when Brandi had been raped and injured.

It found there was no proof of when the girl had been brutalized, and that the doctor made the assertion by looking at marks on Brandi’s skin rather than any internal injuries.

A report by the Nashville Criminal Review Unit also suggests that the girl’s then 19-year-old male cousin, who was enlisted in the Marines at the time, may have been the one who raped and beat her.

No one else has been arrested for the crime and it’s unclear if he is still alive.

After the hearing, Watkins said: ‘It’s been a long struggle, but I want to thank the DA’s office.

‘I want to thank Mr. Gichner here with the Tennessee Innocence Project and all the people for their prayers and just helping me to get out of this mess which cost me half of my life for nothing.’

Charlie Dunn’s daughter Jackie said: ‘It’s a bittersweet day. I wish my daddy was here to witness this day. He knew he was innocent. He knew he did not commit those crimes.

‘He lost his mother, his two brothers, his sister and his son. So many people lost and he was innocent. He died in a place he was never supposed to be.’

The report also detailed how Brandi had suffered bruises while in the care of Rose Williams, the Marine’s mother, and that she was reported to social services.

Brandi’s mother, Louis Lockhart, has long supported Watkins. She said on Wednesday that she never believed she was responsible for killing her daughter. 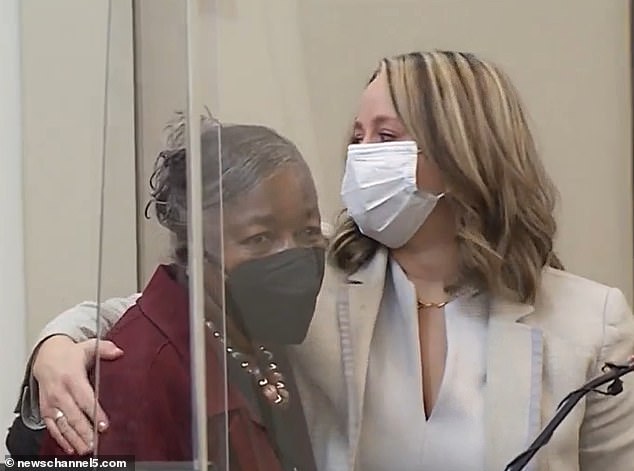 Joyce Watkins, on Wednesday in court, said she lost ‘half her life’ over nothing. The real killer and rapist had never been caught

On June 27, 1987, Watkins and her boyfriend drove from their home in Nashville to Kentucky to collect Brandi from Williams’s home at her request.

The child had gone there to spend a few weeks with Williams’ kids, who were four and eight, but she behaved ‘strangely’ while there, according to Williams.

Neighbors at the time reported watching Brandi nearly fall asleep while standing up. They said she seemed like an ‘unhappy’ child who never played, and often had bruise on her body.

Williams called Watkins on June 26, 1987, begging her to come and collect Brandi because her mother wouldn’t.

The report says she was in a rush to get Watkins and her boyfriend out of the house with Brandi, and didn’t invite them in as she usually would have done. 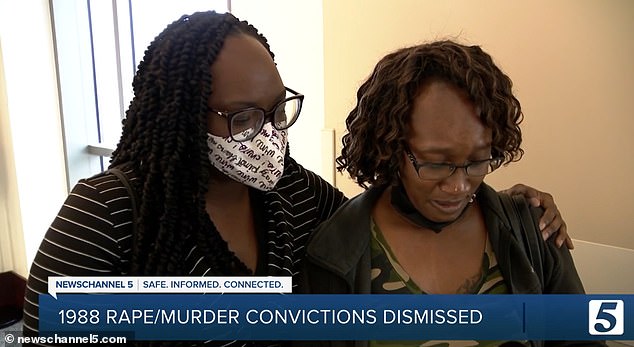 The family of the victim say they never believed that the girl’s aunt was who harmed her. The courts denied all of their previous appeals

In the car ride home, Brandi complained that she was thirsty. When they got back to home an hour later, Watkins noticed blood in the girl’s underwear and her mother.

She said she felt they should go to the hospital but the girl’s mother, who lived in Georgia at the time, didn’t think it was necessary.

The next day, at 9am, Watkins decided to take the girl to the hospital.

She had been conscious that morning – something that was corroborated by Watkins’ sister – but by the time she arrived in the ER, was no longer awake.

Doctors ruled that she had ‘severe vaginal trauma’ and a head injury. She was placed on life support but died the following day.

The medical examiner, Dr. Greta Harlan, told the trial that the injuries had been inflicted in the nine hours the girl was in Watkins and Dunn’s care.

The pair were arrested and in 1988 were found guilty of first degree murder and aggravated rape. They appealed their convictions but an appeals court upheld them in 1990.

The exoneration report reveals how detectives failed to question many others who could have been involved or who had access to Brandi while she was at the home.

It was on a military base, the report notes, where dozens of adults had access to her.

GPs have decided whether they will strike, but they won’t tell YOU (the person who pays their wages)