The wife of Ex England and Spurs star Jonathan Woodgate has incurred the wrath of residents who claim there is a ‘disgusting smell’ caused by blocked drains at her dance academy.

Natalie Woodgate, 39, has been accused of turning a suburban street in Middlesbrough into a smelly and traffic-congested ‘hellhole’.

It’s claimed that the drainage system at a former Ormesby Methodist Church cannot cope with the number of children being taught at the now dance school.

Mrs Woodgate, who returned to their former home of Middlesbrough with the former Leeds, Newcastle and Real Madrid player, is also accused of using the streets as ‘a convenient car park’ for her clients, causing traffic chaos.

She met the former Middlesbrough and Bournemouth manager through her brother, his ex-Middlesbrough teammate Stewart Downing.

Mrs Woodgate has pledged to fix the parking issues at Academy 17 and said the toilets were ‘overflowing’ after having over 100 children being taught during one weekend but were fixed that day. 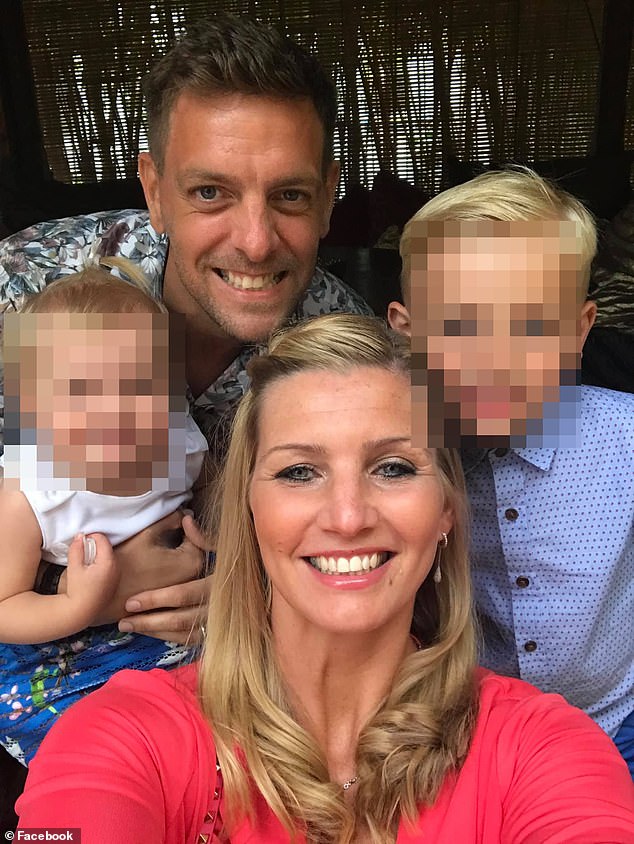 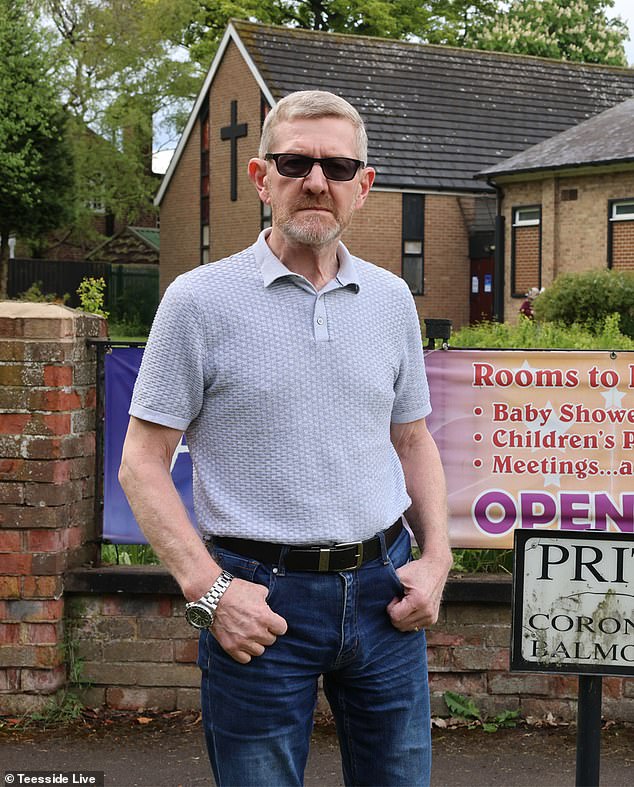 Resident Brian Pugh (pictured) is furious at the situation, which he says reached its peak during the last Bank Holiday 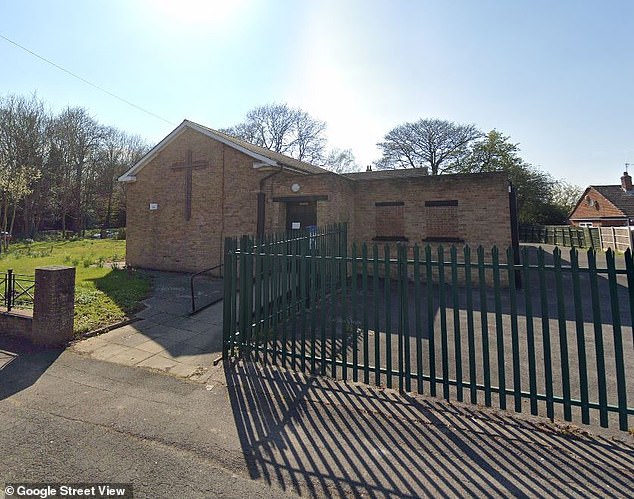 Natalie, who runs Academy 17 at the former Ormesby Methodist Church (pictured) in Middlesbrough, has pledged to fix the parking issues

Resident Brian Pugh is furious at the situation, which he says reached its peak during the last Bank Holiday.

The 67-year-old said: ‘I have lived here for over 30 years and it was a bank holiday from hell. It was disgusting.

‘These streets are now a convenient car park for her business. She just does things as she chooses with total disregard.

‘This was once a very quiet residential area but now it’s a hellhole and if I was able to move tomorrow, I would.

‘There are a lot of people – excuse my language – getting p****d off now, it’s getting beyond a joke. Something must be done about it.’

Mr Pugh added: ‘It’s been a nightmare. If an emergency service vehicle needed to get down, they couldn’t, it’s as simple as that.

‘There’s going to be a serious accident at some point. There’s definitely a problem with the drains. This building can’t cope with the amount of people going through it.

‘It stunk out there on Saturday night, it was disgusting. On Saturday evening, I had to go out in my dressing gown, because I was ready for bed.

‘Ten past ten and there are two guys out there cleaning the drains with a machine running, they had been there all afternoon on and off doing this.’ 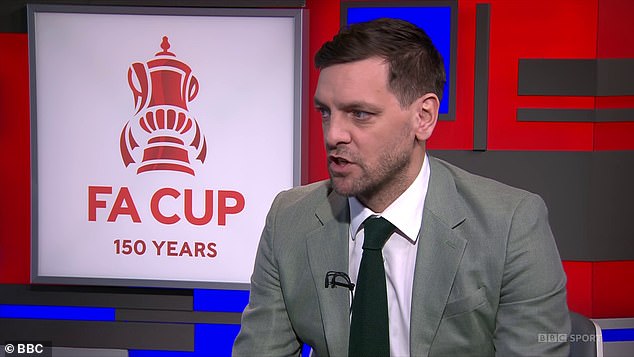 Mr Pugh also complained about the noise levels coming from the dance studio, which he claims go on from early morning until the evening.

He added: ‘It’s not supposed to start until 9am but they are here every morning at eight or before eight o’clock and finishing most of the time about half-past nine over the bank holiday.

‘My neighbour sat in the garden in the morning and all they could hear was this dance music, this was about 7:30am.’

Mrs Woodgate said: ‘I am doing everything that I have been told by the council and the conditions of the planning permission, there is nothing else I can do.

‘I have paid £2,000 for the yellow lines on the road, I’ve sorted the white markings, people use the car park.

‘On a weekend when we are having events the parking is an issue. We know this and we have been trying to deal with it.’ 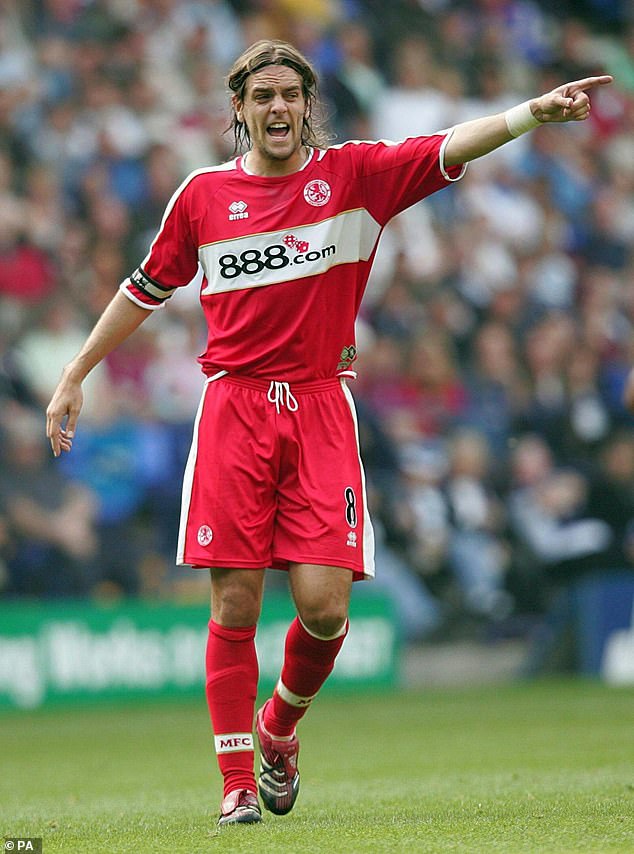 She added: ‘We had over 100 children here over the Saturday, Sunday and Monday, all of the toilets got blocked so they were overflowing.

‘So we had to get an emergency call out to sort the drains as we needed to use the toilets.

‘They were here from 2pm and they were back and forth trying to sort it otherwise it would have been an absolute mess in here so that needed doing. It didn’t go on until 10pm.

‘I left the building at quarter to nine and they were literally just tidying up.’

Mrs Woodgate said she only ever starts the music at 9am and it does not go on any later than 8.30pm.

When planning permission was granted in April 2021, the council said that Mrs Woodgate could not open the windows of the dance studio to ensure noise levels were kept low but that was overturned in October 2021.

The council’s environmental health department monitored the dance school and concluded that the opening of the windows would not create a ‘significant increase’ in noise levels and disturbance to residents.

Michelle Williams is pregnant with her third child

Is BBC set to impose no-jab no-job rule on stars to avoid another Strictly vaccine fiasco?

Last man out of Afghanistan: Two-star general and 30-year Army veteran the final American to board