Netscape founder James H. Clark has surrendered dozens of Cambodian and Southeast Asian antiquities worth an estimated $35 million, many of which he used to furnish his Miami Beach penthouse, after federal investigators discovered they had been trafficked by a shady antiquities dealer.

The internet pioneer confirmed to the New York Times that he was the private art collector referred to in a statement released by the Department of Justice on Tuesday.

Clark said he surrendered 35 pieces of his collection, which are now valued more than what he initially paid, including bronze and sandstone sculptures originating from countries in Southeast Asia, primarily Cambodia, but also India, Myanmar, and Thailand. 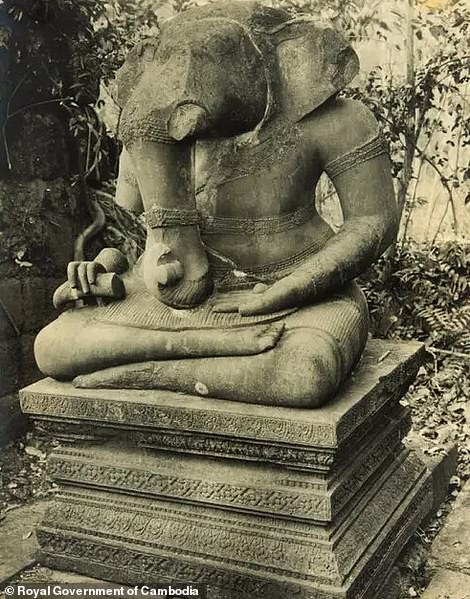 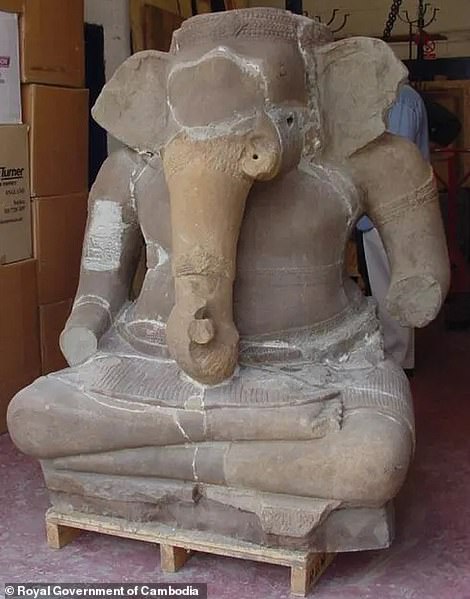 A Ganesha statue, left, photographed in Cambodia by French archaeologists in 1934, and recently, right, in storage where James Clark kept his art collection after selling his penthouse in 2011. Authorities say the item was looted and sold to James H. Clark, who has agreed to surrender it

There’s a monumental sandstone sculpture of Ganesha from Koh Ker, an ancient capital of the Khmer empire; and bronze sculptures from the vicinity of Angkor Wat, including a bronze goddess of motherhood with four arms and elongated earlobes.

For years, the collection furnished Clark’s Miami Beach penthouse until the property was sold in 2011 and the items went into storage in South Florida. But when Clark discovered where the art came from, he knew the collection had to be surrendered. 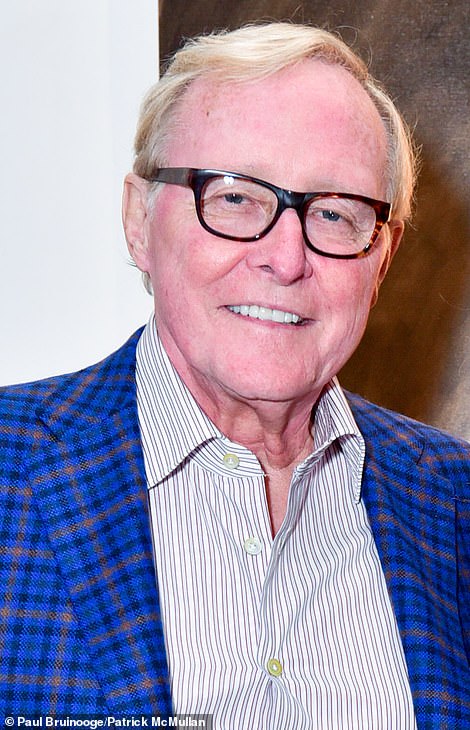 ‘Why would you want to own something that was stolen?’: Netscape founder James H. Clark (pictured) has surrendered dozens of Cambodian and Southeast Asian antiquities worth an estimated $35 million after federal investigators discovered they had been trafficked by a shady dealer

‘My doing this might inspire other people to do the same, but I’m not sure — it’s hard for people to give up something they paid for, but for me, why would you want to own something that was stolen?’ Clark told the New York Times.

Federal investigators showed Clark mounds of evidence from their years-long investigation into Douglas A.J. Latchford, a British art dealer who was accused of stealing and trafficking art, including relics that were sold to Clark.

According to a complaint filed in Manhattan federal court, Latchford was indicted in 2019 after being accused of trafficking hundreds of antiquities from Southeast Asia.

Investigators say that between 2003 and 2008, Latchford persuaded Clark to purchase the artifacts by providing him ‘false statements and fake provenance documents intended to hide the fact that the antiquities were the products of looting, and then imported the antiquities through lies on customs paperwork.’

In September 2020, the indictment was dismissed following Latchford’s death.

In October 2021, the Pandora Papers – a trove of 11.9 million leaked documents, detailing the hidden assets of some of the world’s most influential people – revealed the lengths to which Latchford went to hide his trail, the Washington Post reported.

The Pandora Papers lifted the lid on his records, showing that he had sold directly to five museums – the British Museum, Denver Art Museum, Cleveland Museum of Art, the National Gallery of Australia, and the Met. 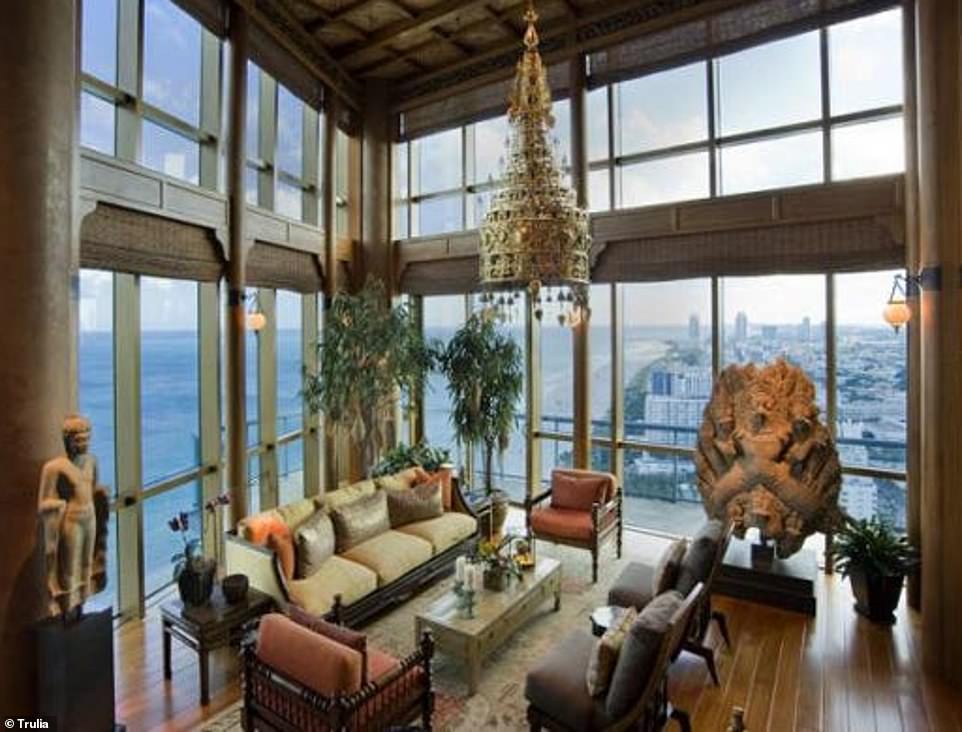 For years, the collection furnished Clark’s Miami Beach penthouse (pictured) until the property was sold in 2011 and the items went into storage in South Florida 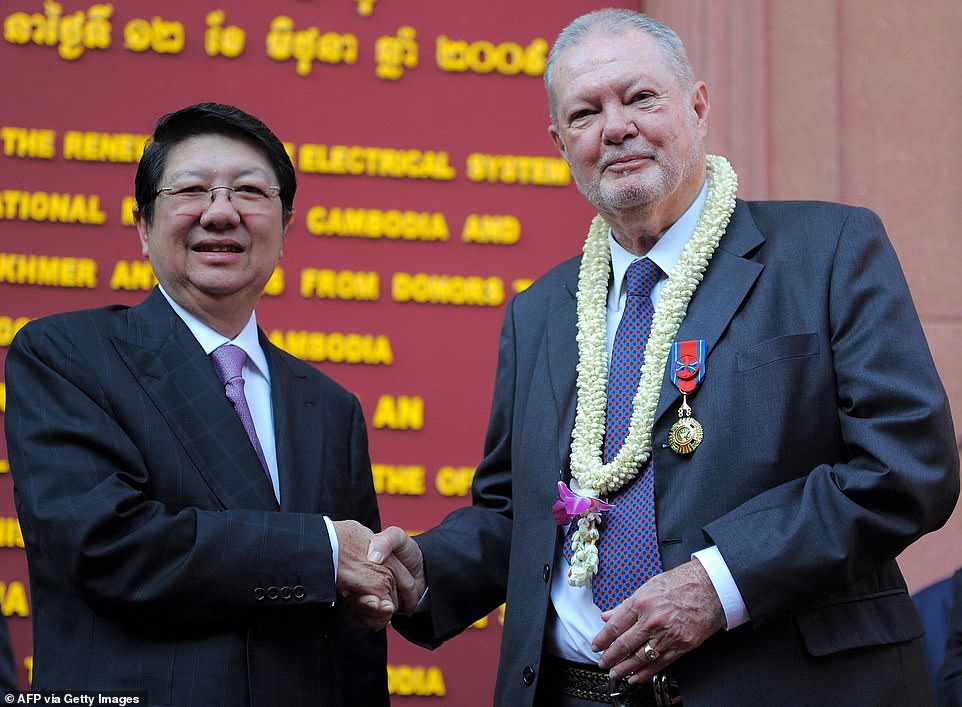 Douglas Latchford is seen in June 2009 shaking hands with the deputy prime minister of Cambodia, Sok An. Latchford was indicted in 2019 and died a year later, in 2020

Clark told the Times that he had bought the relics after travels in Cambodia, enamored by the Khmer Empire, including the 12th-century temple complex at Angkor Wat.

‘As a naïve person,’ he said, ‘I had apparently somewhat ignorantly acquired one of the nicest private collections of Cambodian antiquities.’

For the past decade, the collection has been kept in storage units in South Florida, which were seized by federal officials as part of the investigation.

The relics will be returned to their countries of origin, which is part of a global Cambodian effort to recover many hundreds of Khmer-era from temples and shrines, many of which were looted during the years of civil war. 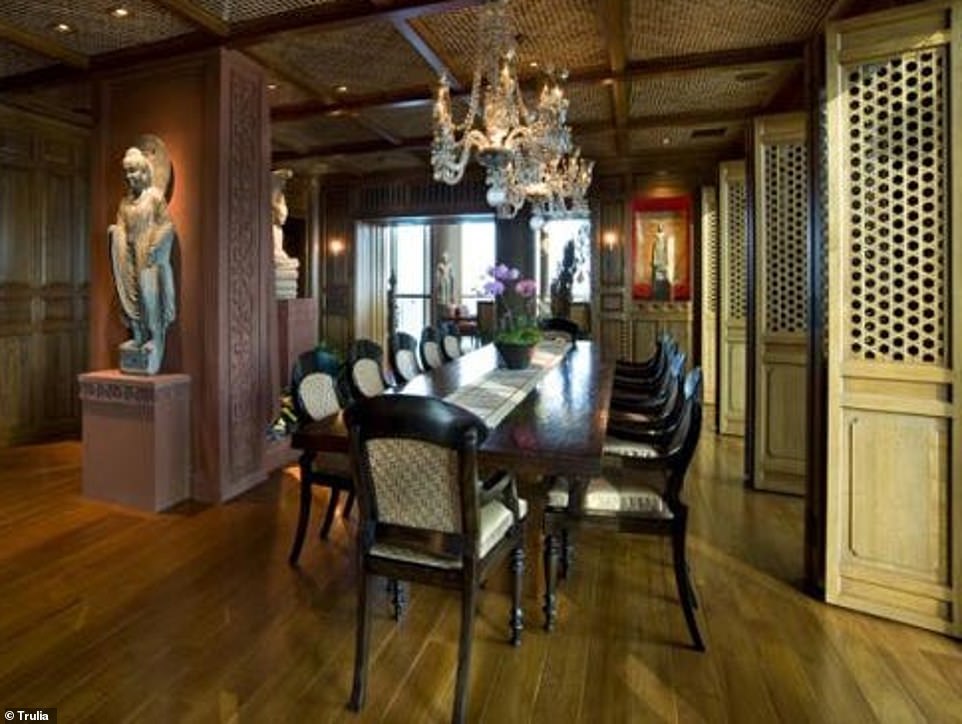 Clark said he bought the relics for his Miami Beach penthouse, pictured above, after being inspired by his travels to Cambodia 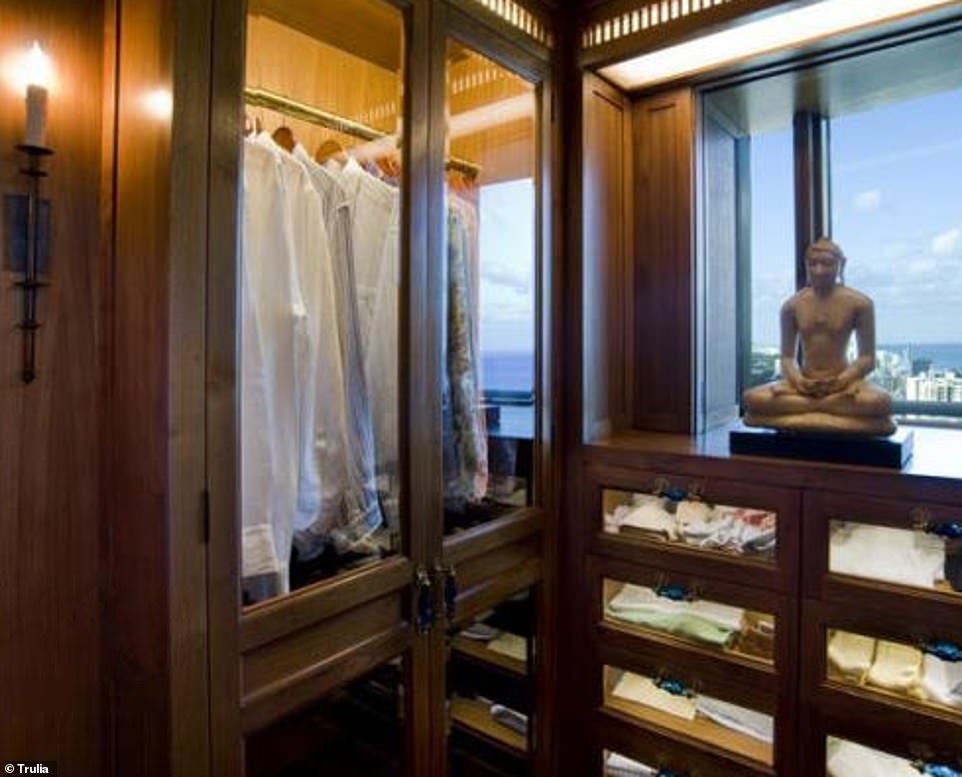 The relics, which were bought for Clark’s Miami Beach penthouse (pictured), will be returned to their countries of origin, which is part of a global Cambodian effort to recover many hundreds of artifacts stolen over the years

Cambodia became a haven for traders in illicit antiquities during decades of war in the country beginning in the 1970s, when thieves ravaged the treasures of the ancient Khmer Empire.

The Cambodian government is now attempting to reclaim all the looted treasures, but often they are extremely well hidden.

Last year,  Latchford’s daughter, Nawapan Kriangsak, made the decision to give back 125 relics he owned.

The lawyer representing Cambodia, Bradley J. Gordon, told the Times: ‘We are thankful for Mr. Clark’s exemplary behavior in deciding to do the right thing and to return these masterpieces. We hope this becomes an example to follow.’

Clark said he’s happy the collection will be returned to their rightful countries or in placed in museums.

‘I’m very pleased that they are going to be shown in a museum now where people can really appreciate them,’ Clark said.

Boy, 14, who jumped to his death from The Vessel was laughing and running with his sister beforehand

Jade Lagardère: Belgian supermodel ‘paid £13,000 to have a stand-in take her driving test’