Tropical disease monkeypox comes to the Garden State on Monday as New Jersey’s Department of Health said that the first probable case of the virus was confirmed following a test that was conducted on Saturday.

The sample, which was taken in Jersey City according to the city’s official social media account, will be sent to the US Centers for Disease Control and Prevention to confirm if it is the monkeypox virus.

The case will bring the total number of confirmed cases across America to 114 in 22 states, including the District of Colombia.

‘The NJ Health Dept has confirmed the first case of monkey pox in Jersey City,’ the city’s Instagram account announced.

‘Our health officials are working closely with the CDC.’

The state health department provided further details, confirming it had directed the individual to isolate at home.

‘The local health department is conducting contact tracing to identify any individuals who may have been exposed to the individual,’ it said.

It said no more information will be released due to patient confidentiality.

‘Most New Jersey residents are not at risk of infection with monkeypox,’ the statement added. 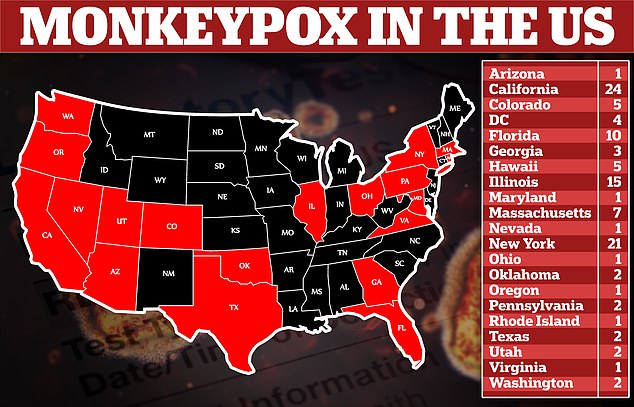 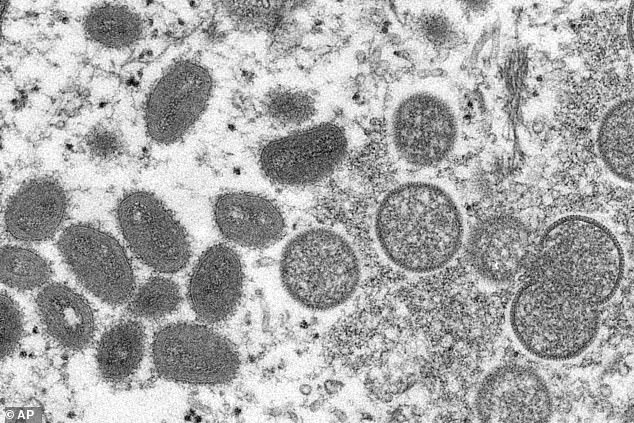 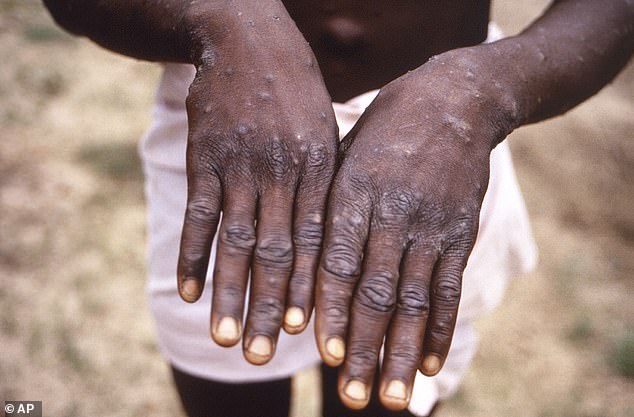 The sample will be sent to the CDC for confirmation that it is monkeypox. Meanwhile, the patient is isolating

The case, if confirmed, will mark New Jersey’s first encounter with monkeypox, leaving it far behind California and New York, with 24 cases and 21 cases respectively.

Illinois (15) and Florida (10) are also in double figures for the disease, which CDC officials said is being passed on through physical contact with symptomatic patients and by touching their clothing and bedding.

Globally, the CDC counts 2,525 total cases across 37 separate countries, with the United Kingdom leading the way with 574 and Spain in second place with 497 confirmed cases of the virus.

Medical literature says that people infected with monkeypox experience flu-like symptoms within the first 21 days of catching the virus, followed by a rash that appears on the face before spreading to the rest of the body.

But this is rarely being observed in the current outbreak, with patients instead seeing rashes emerge on the genital areas before suffering any flu-like symptoms.

Dr Rochelle Walensky, head of the Centers for Disease Control and Prevention (CDC), said: ‘The disease is not spread through casual conversations, passing others in a grocery store, or touching things like door-knobs,’ she said.

‘All of the case we have seen to date in this outbreak have been related to direct contact.’ 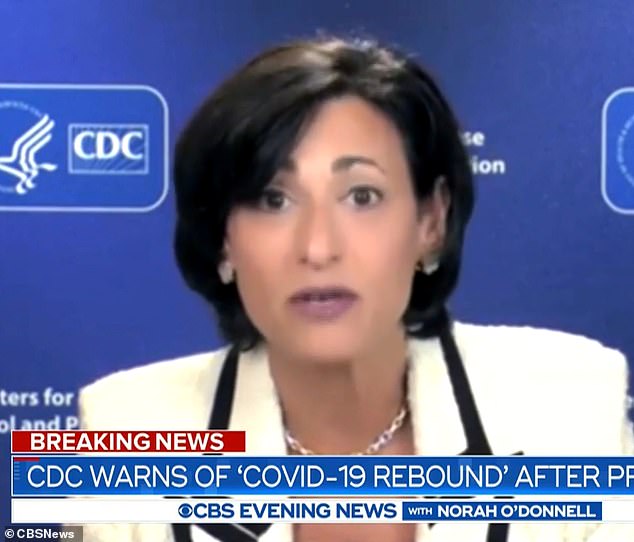 Dr Rochelle Walensky, who heads up the Centers for Disease Control and Prevention, said that monkeypox could only spread through the air during prolonged face to face contact

Officials are urging gay and bisexual men to be aware of new lesions, rashes or scabs and get in contact with a sexual health clinic 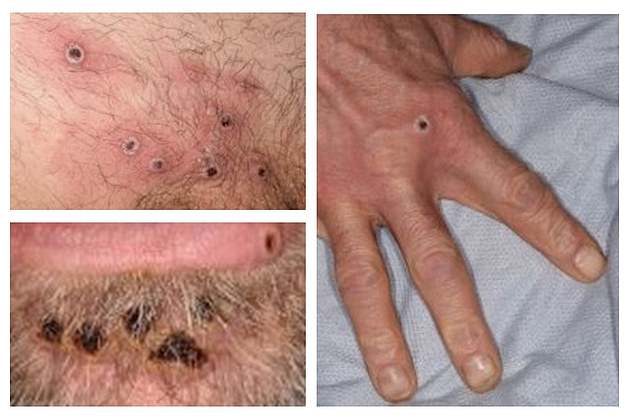 During the conference, health officials also called on Americans with any sexually transmitted infection — including syphilis, gonorrhea and chlamydia — to get tested for monkeypox.

They warned many patients were experiencing rashes and sores on the genitals and anus that looked like STIs. Several cases of co-infection with monkeypox and a sexually transmitted disease have also been recorded.

Health officials also revealed they had distributed more than 1,400 vaccines against the virus to states from their stockpile of more than a million doses. Another 300,000 doses are expected to arrive in the coming weeks.

But some experts have raised concerns that the country may not have enough jabs because if the outbreak becomes more widespread there may not be enough to jab the entire country.

About three in four cases are currently linked to international travel, including to Europe, while others are linked to someone who has had close contact with a known case.

But there are ‘several’ patients across multiple states who have tested positive despite not recently traveling or having contact with a known case.

Dr Jennifer McQuiston, who is leading the CDC’s response to the outbreak, said it was likely the case that they acquired the infection from someone who had recently traveled but that this first case was yet to be spotted.

She added: ‘I can tell you that right now we don’t have an area that seems to be having an urban outbreak. There is no one area where it looks like there is a lot of community transmission.

‘But this could change. We need to make sure our testing is increasing and ready to catch that when it happens.’

Monkeypox is a rare viral infection which people usually pick up in the tropical areas of west and central Africa.

It is usually spread through direct contact with animals such as squirrels, which are known to harbour the virus.

However, it can also be transmitted through very close contact with an infected person.

Monkeypox was first discovered when an outbreak of a pox-like disease occurred in monkeys kept for research in 1958.

The first human case was recorded in 1970 in the Democratic Republic of Congo and the infection has been reported in a number of central and western African countries since then.

Only a handful of cases have been reported outside of Africa until now and they were confined to people with travel links to the continent.

How deadly is it?

Monkeypox is usually mild, with most patients recovering within a few weeks without treatment. Yet, the disease can prove fatal.

However it can kill up to 10 per cent of people it infects.

The milder strain causing the current outbreak kills one in 100 — similar to when Covid first hit.

Monkeypox shuts down some aspects of your body’s ability to fight infections.

Because of the presence of other viruses and bacteria which your body can’t fight off, in the worst cases patients can succumb to a lethal shock throughout the body and blood poisoning.

Death is more likely to occur in younger patients. The skin lesions are painful and disfiguring, and can be the source of further infections.

Is there a cure?

Because monkeypox is closely related to the virus that causes smallpox, jabs for smallpox can also protect people from getting monkeypox.

One vaccine, Imvanex, was shown to be around 85 per cent effective in preventing monkeypox infection.

Antivirals and pooled blood from individuals vaccinated against smallpox can be used to treat severe cases.

What are the symptoms?

But its most unusual feature is a rash that often begins on the face, then spreads to other parts of the body, commonly the genitals, hands or feet.

The rash changes and goes through different stages before finally forming a scab, which later falls off.

What do I do if I have symptoms?

Anyone worried that they could be infected with monkeypox is advised to make contact with clinics ahead of their visit.

Health chiefs say their call or discussion will be treated sensitively and confidentially.

EXC: Toni Garren and Alex Pettyfer kiss after marrying in Greece for the second time