Restaurant owner BANS customer after he left a bad review labelling the venue a ‘rip off’ after being charged $4.50 for a ‘lousy coffee’

An infuriated restaurant owner has banned an unhappy customer from returning to his venues after they left a bad review calling the restaurant a ‘rip off’.

Ben Walsh, owner of Miss Moneypenny’s in Noosa on Queensland’s Sunshine Coast, was quick to come to his restaurants defence after the review was uploaded online.

A user by the name of ‘Richard T’ slammed the venue for charging $4.50 for a ‘lousy’ coffee and $5 for a glass of sparkling water ‘equivalent to a Soda Stream’. 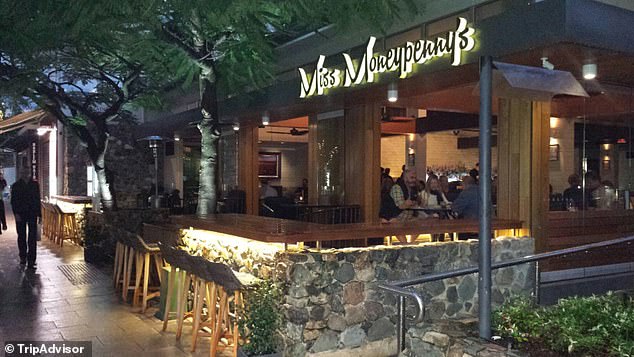 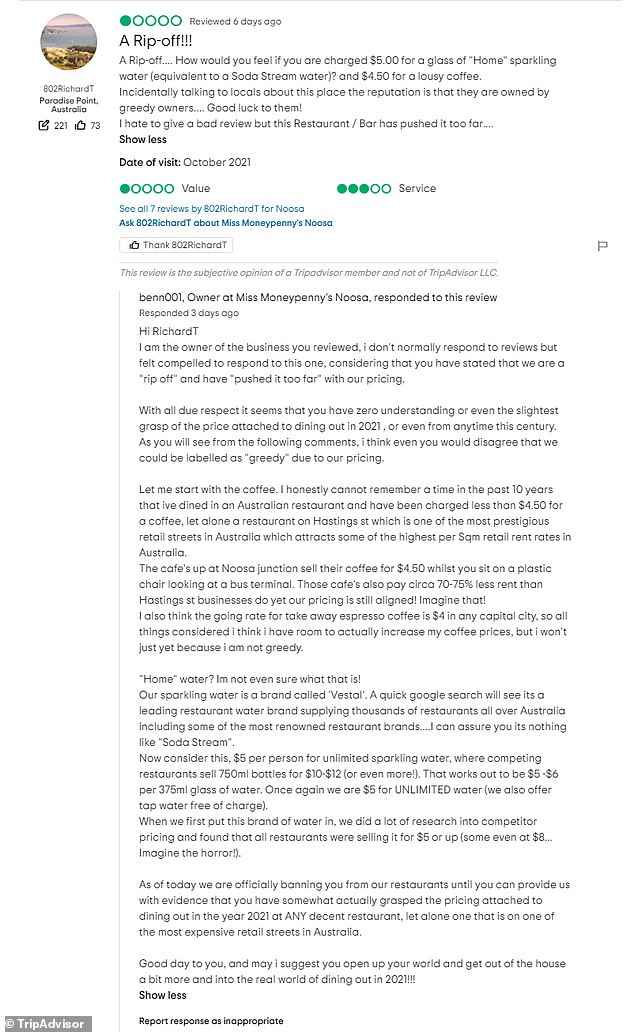 In the bad review – which was posted to TripAdvisor – the customer said he had been charged $4.50 for a ‘lousy coffee’ and $5 for a glass of sparkling water ‘equivalent to a Soda Stream’

‘Incidentally talking to locals about this place, the reputation is that they are owned by greedy owners, good luck to them!’ he wrote.

The unhappy customer finished his rant by saying he usually hated leaving bad reviews but that the restaurant had ‘pushed it too far’.

Mr Walsh responded to ‘Richard T’ by saying he similarly didn’t normally respond to reviews but was compelled to after reading his venue was a ‘rip off’.

‘With all due respect it seems that you have zero understanding of even the slightest grasp of the price attached to dining out in 2021, or even from anytime this century,’ the restaurant owner hit back.

Mr Walsh said he couldn’t remember a time in the last ten years he had been charged less than $4.50 for a coffee in any Australian restaurant.

The owner claimed the price was fair seeing as Miss Moneypenny’s was located on Hastings Street, one of the most ‘prestigious retail streets in Australia’.

‘The cafe’s up at Noosa Junction sell their coffee for $4.50 whilst you sit on a plastic chair looking at a bus terminal,’ he wrote.

‘Those cafe’s also pay circa 70 to 75 per cent less rent than Hastings Street businesses do yet our pricing is still aligned!’ 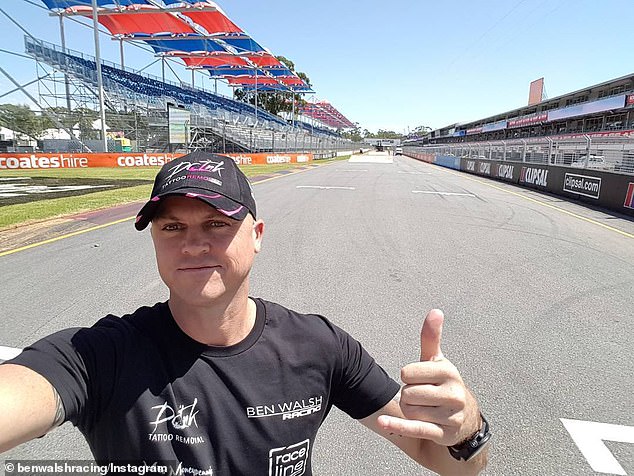 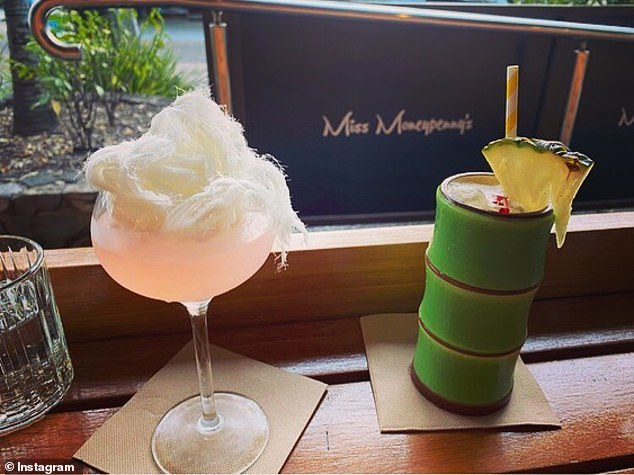 Mr Walsh also refuted claims the sparkling water used in his restaurant was ‘overpriced’ and ‘equivalent to a Soda Stream’.

‘Now consider this, $5 per person for unlimited sparkling water, where competing restaurants sell 750ml bottles for $10-$12 (or even more!),’ the owner wrote.

Mr Walsh finished the lengthy rebuttal by announcing the customer was officially banned from Miss Moneypenny’s joints in Broadbeach and Noosa.

The bad reviewer ‘Richard T’ will also be denied service in his restaurant Fat Freddy’s, a popular beach bar and American-style diner on the Gold Coast.

‘As of today we are officially banning you from our restaurants until you can provide us with evidence that you have somewhat actually grasped the pricing attached to dining out in the year 2021 at any decent restaurant, let alone one that is on one of the most expensive retail streets in Australia,’ Mr Walsh said. 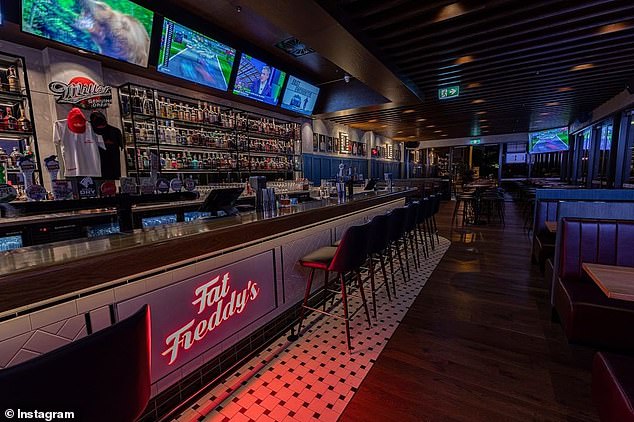 The bad reviewer ‘Richard T’ will also be denied service in his restaurant Fat Freddy’s, a popular beach bar and American-style diner on the Gold Coast (pictured) 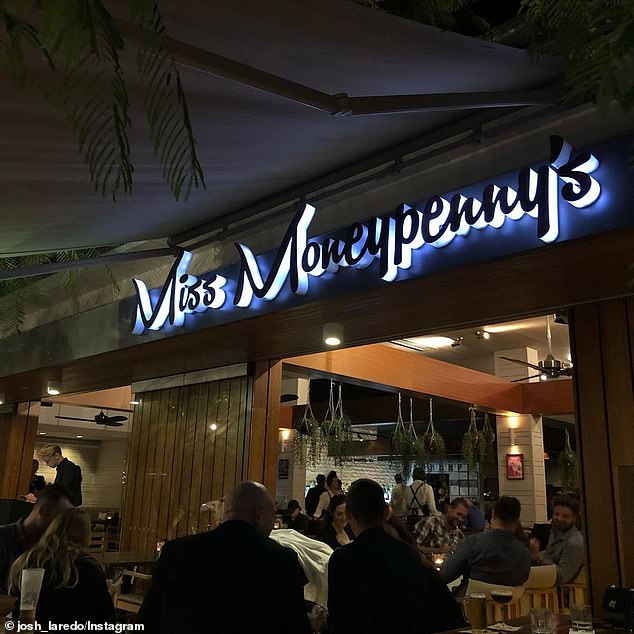 Social media users were quick to defend the restaurant owner’s response to the unsatisfied customer with one encouraging Mr Walsh to stick to his morals (pictured, Miss Moneypenny’s)

‘Good day to you, and may I suggest you open up your world and get out of the house a bit more and into the real world of dining out in 2021!’

Social media users were quick to defend his response to the unsatisfied customer.

‘Stick to your morals Ben,’ one user wrote on Instagram.

‘Well said. I thought maybe it was just me, but people seem to be getting ruder and seem to be wanting more for less,’ another commented.

‘They’re the morons that ignore prices before ordering,’ a third agreed.

Projects to counter radicalisation were shut down during Covid pandemic