One of Australia’s top cops has vowed the police will find missing body of William Tyrrell, and solve what happened to the child, no matter how long it takes.

As police spend an 11th day combing the NSW mid-north coast for the remains of little William, the incoming NSW police commissioner says no stone will be left unturned to resolve the case.

Deputy Commissioner Karen Webb, who was named as the next police commissioner on Wednesday, says she’s confident there will be a result but it will take time. 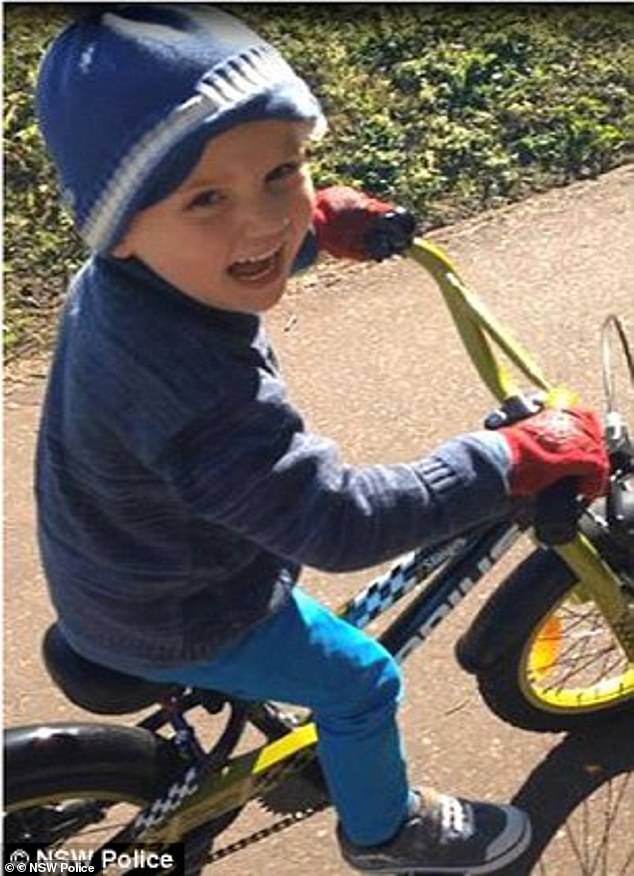 ‘It’s a long laborious search and obviously the weather conditions up there at the moment are unfavourable but police will pursue that no matter what,’ Ms Webb told Sydney radio 2GB on Thursday.

‘There’s no stone being unturned,’ she said.

‘It’s been seven years now and that’s a long time but we’re not going to give up.’

Three-year-old William disappeared seven years ago from the home of his foster grandmother at Kendall where police have been intensively searching as well as nearby bushland, as rain and storms persist.

On Wednesday police divers arrived to help with the search and inspected a septic tank and a water tank on Kendall property, she said.

Police are also searching bushland a kilometre from where they boy was last seen as persistent rain makes conditions difficult.

‘I’m confident this team will keep pursuing this until we get a result,’ Ms Webb said.

‘We need to find William and get this resolved.’

More than 15 tonnes of soil has been taken to a lab for analysis but Ms Webb said she was not aware of any DNA being detected.

‘There’s been miles and miles of material and many exhibits taken that will be examined but that takes time.

The the search expected to continue for at least another four weeks.

‘We’ve got our best detectives up there,’ she said.

Lisa Armstrong prepares for work at Strictly's It Takes Two

Oregon woman finds bat lying on the windshield of her car