Sign language interpreters will only appear at critical health press conferences as NSW moves out of Covid lockdown and towards a ‘more normal setting’.

Auslan Interpreters for residents who are hearing impaired have become a familiar feature at conferences nationwide throughout the Covid-19 pandemic.

However in NSW, interpreters have been noticeably absent from the premier’s last two Covid press conferences causing uproar among disability advocates.

A group of lawyers presented Mr Perrottet with an open letter claiming the omission of interpreters at conferences was a violation of human rights. 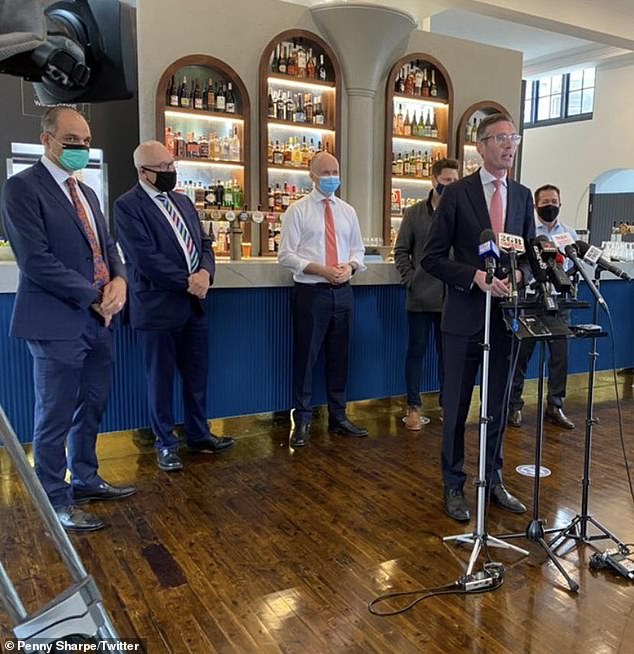 The group said  delivering crucial health advice to the Australian public without an interpreter was leaving those deaf or hard of hearing vulnerable.

‘Failure (to have a Auslan translator) places people with disabilities at risk of not receiving the vital information shared and violates their human rights,’ Australian Lawyers for Human Rights wrote in the open letter on Monday.

While interpreters attended the Mr Perrottet’s conferences held on Thursday and Saturday, they were noticeably absent on Sunday and Monday.

The premier, standing inside a pub in Moore Park, announced the reopening of the state on Monday with no interpreter standing by his side.

The office of the premier issued a statement to media on Tuesday that explained Auslan interpreters are organised by the Department of Health and would now only attend some media events as the state returns to ‘a more normal setting’.

‘NSW Health has worked closely throughout the pandemic with the Deaf Society, which has provided Auslan interpreters at health-content-led press conferences and at the live streaming of NSW Health social media messages,’ the statement read.

‘NSW Health will also request an Auslan interpreter at any press conference where the chief medical officer or deputy is providing a health update.’ 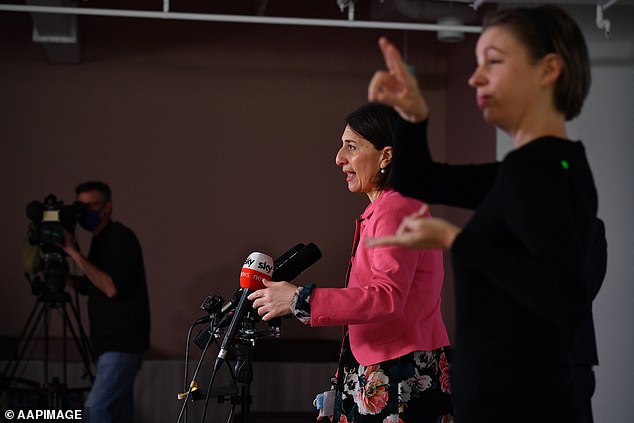 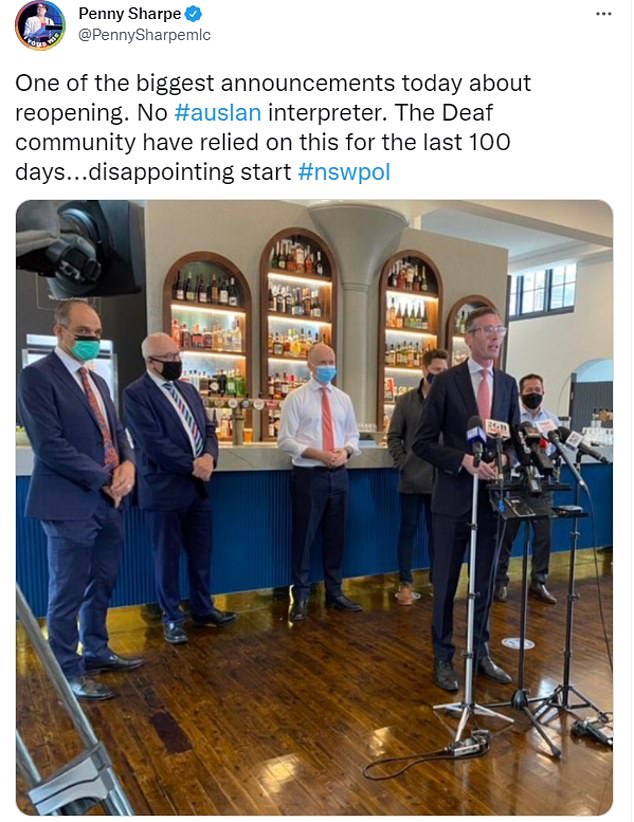 State politician Penny Sharpe, tweeted her disappointment at the omission of Auslan interpreters as Mr Perrottet proudly announced the end of lockdown (pictured)

State politician Penny Sharpe, voiced her disappointment at the omission of Auslan interpreters as Mr Perrottet proudly announced the end of lockdown.

The premier gave important information on the vaccination rollout across the state, Covid-19 case numbers and using vaccine passports.

‘One of the biggest announcements today about reopening. No #auslan interpreter. The Deaf community have relied on this for the last 100 days… disappointing start,’ Ms Sharpe tweeted.

‘It’s an absolute disgrace. Once again the vulnerable have been left behind,’ a NSW woman replied to the politician.

Deaf Australia, the national peak organisation for deaf Australians replied to the tweet: ‘Deaf Australia agrees and have also called out the Prime Minister on not having interpreters at all Press Conferences on all topics.

Deaf activist Sherrie Beaver explained that those hard of hearing could not understand the tone of the message by simply reading on-screen captions.

She said deaf people were not familiar with the ‘jargon and terminology’ used in conferences and said captions could sometimes experience technical faults.

‘The provision of Auslan interpreters for press conferences need to be consistent, not just a few pressers,’ she tweeted on Monday.

Are we not privy to information that could help us to make informed decisions as full citizens? Selective accessibility if I say so.’