Number 10 staff regularly slept off their hangovers on sofas after drinking until 3am in a ‘culture of boozing’.

Cleaners would be greeted by empty drinks left on desks the next morning, according to a Downing Street insider.

‘It was a culture of 3am sessions,’ they told The Times. ‘People used to sleep off their hangovers in the buildings overnight on sofas and in the mornings there were empty drinks on the desks that the cleaners had to pick up. There was a culture of boozing.’

It comes after it was revealed Downing Street held ‘wine-time Fridays’ every week throughout the pandemic which Boris Johnson attended, with staff even investing in a £142 drinks fridge to keep their beer, prosecco and wine cold, it has been claimed.

Government aides were encouraged by the prime minister, who regularly oversaw the gatherings, to ‘let off steam’ at the regular drinks which would often continue until the early hours, at a time when Britons were banned from socialising indoors, sources told The Mirror.

One figure who worked for Mr Johnson and his predecessor Theresa May said it was a culture that came from the top. 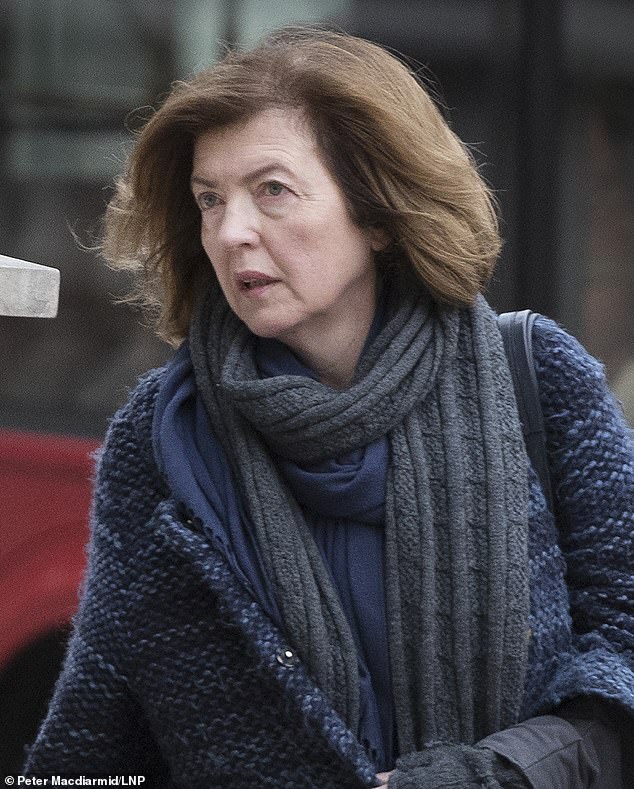 Cleaners would be greeted by empty drinks left on desks the next morning, according to a Downing Street insider. Pictured, Sue Gray is investigating the allegations 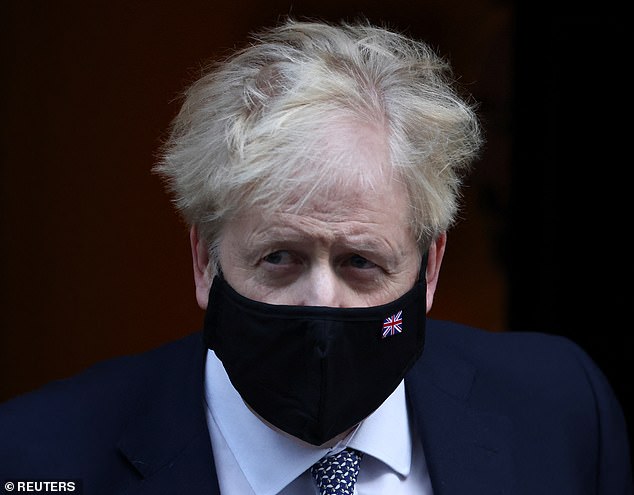 It comes after it was revealed Downing Street held ‘wine-time Fridays’ every week throughout the pandemic which Boris Johnson (pictured) attended, with staff even investing in a £142 drinks fridge to keep their beer, prosecco and wine cold, it has been claimed

They said staff had to put chairs across the door to Mr Johnson’s office to stop him coming into contact with people because he ‘simply did not think about following the rules’.

It was this week revealed staff took turns to stock up on drinks at the local Tesco Metro with a wheely suitcase to fill up the 34-bottle fridge which was delivered through the back door of Downing Street on December 11, 2020.

At the time, households were not allowed to mix indoors or in most outdoor places with exemptions for people in support bubbles, and a maximum of six people were allowed to meet in some outdoor public spaces like parks and public gardens.

Despite the harsh rules, Downing Street scheduled ‘wine-time Fridays’ into the electronic calendars of 50 No 10 staff every week between 4pm and 7pm.

The end-of-week drinks are part of a long-standing tradition in government but they reportedly continued while the rest of the country were mostly confined to their homes.

They were organised by the No 10 press office but advisors from other departments would often join in, it has been claimed.

It is just the latest in a series of damning revelations about the alleged culture of drinking and partying throughout the pandemic at Downing Street amid growing calls for Mr Johnson to resign, some from within his own party. 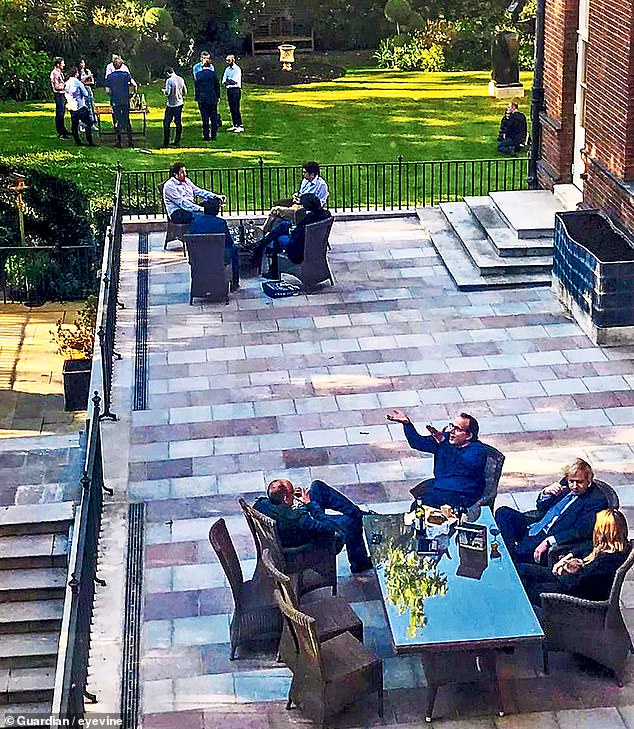 It was revealed on Thursday that a leaving do was held on the eve of Prince Philip’s funeral, prompting Mr Johnson to order No 10 to apologise to the Queen.

Sue Gray, the senior civil servant investigating the litany of claims, is said to have been ‘completely blindsided’ by the latest revelations, The Times reported.

Meanwhile cabinet ministers who publicly backed their leader this week said it is becoming increasingly difficult to justify their support, with one saying: ‘This is the last chance saloon. More revelations of parties, and a pummelling at the local elections, and the party will rise up.’

A dozen Tory MPs have now criticised the prime minister publicly, while another in a red wall constituency ran a Facebook poll asking if he should go and a senior party activist said he wished to ‘never hear of him again’.

Regardless, it appears voters have made up their minds, with seven out of ten believing Mr Johnson has not been telling the truth about his involvement in the BYOB garden party while 63 per cent said he should resign, a poll has revealed.

Eight in ten also believe the event was illegal according to the PM’s own Covid legislation.

A leaked photo showed Boris and Carrie Johnson with 17 senior Downing Street staff, sitting around cheese and wine. This took place during the first Covid lockdown at a time when only two people from different households could mix outdoors, socially distanced

A bombshell email from Mr Johnson’s principal private secretary, Martin Reynolds, invited more than 100 staff to No10’s lavish gardens on May 20 to ‘make the most of the lovely weather’. He told guests to bring their own alcohol

The PM allegedly made a leaving speech for his director of communications Lee Cain with a number of people gathered. The party is believed to have carried on upstairs that evening after Dominic Cummings unceremoniously walked out of Downing Street carrying a cardboard box.

Mr Johnson reportedly gives a speech at a packed leaving do for a ‘senior aide’. ’40 or 50 people’ were present. The aide was named as one newspaper as Cleo Watson, Dominic Cummings’ protégé.

Pictures obtained by the Sunday Mirror show Mr Johnson on a TV screen flanked by colleagues, one draped in tinsel and another wearing a Santa hat, in the No10 library. A source claimed many staff were huddled by computers in their Downing Street offices, conferring on questions and drinking alcohol while the quiz was taking place. The Mirror said a message sent by No10’s head of HR on the night of the quiz advised that those who had stayed behind to take part ‘go out the back’ when they left. The paper also unearthed the team names used that night, including ‘Professor Quiz Whitty’, ‘Rebels without a Claus’, and ‘Hands, Face, First Place’.

December 17, 2020: Cabinet Secretary Simon Case, charged with probing Partygate, hosted a party after sending an email out to around 15 people in his Private Office titled ‘Christmas Quiz’.

December 18, 2020: ANOTHER CHRISTMAS PARTY Downing Street staffers allegedly hold their own festive party, with the PM not in attendance. Group size is also given as 40 to 50.

Advisers and civil servants drank alcohol and danced in No10’s basement and gardens to mark the departure of Boris Johnson’s press chief James Slack and one of the Prime Minister’s personal photographers. Witnesses claimed 30 people attended the two gatherings, which were held in different parts of the Downing Street complex before combining in the garden, on the night before Prince Philip’s funeral.

May 26, 2021: A second, formal leaving event is held for James Slack inside No 10. More than a dozen allegedly attended.

Will Letitia James run for Governor that she has taken Cuomo down?