A McDonald’s worker who was shot in the neck during an argument over a customer’s cold fries has died from his injuries, it was confirmed this morning.

Fast food joint worker Matthew Webb, 23, was shot by gunman Michael Morgan, 20, on Monday and he was rushed to hospital in a critical condition.

NYPD confirmed Friday morning that after being declared brain dead, Webb has now passed away.

Webb was shot outside a McDonald’s in Bedford-Stuyvesant following a heated spat with the suspect’s mother who was complaining about cold French fries.

Video surveillance reportedly shows Morgan punching Webb in the face, and when the worker tried to get up, he shoots him in the neck before fleeing the scene, and attempting to dispose of his clothing, prosecutors alleged.

Webb, 23, who was found lying on the sidewalk after being shot, blood streaming into the street, was rushed to the hospital in critical condition and was put on life support. He has now sadly died. 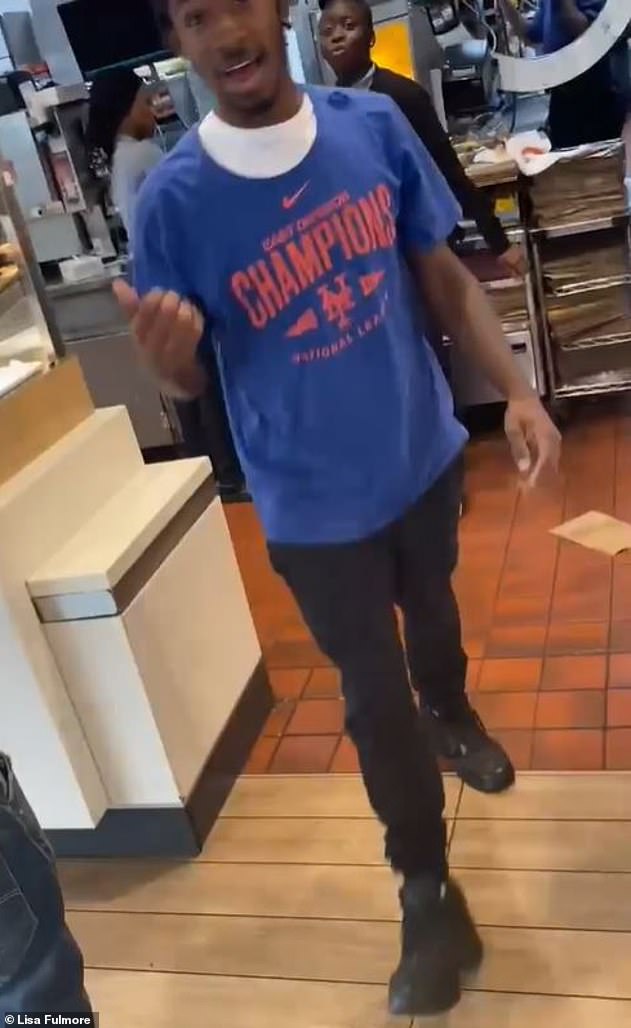 McDonald’s employee Matthew Webb, 23, has died after he was shot in the neck during a confrontation over cold fries in Brooklyn on Monday. The suspect’s mother Lisa Fulmore snapped this picture of Webb minutes before he was allegedly shot by her son Michael Morgan 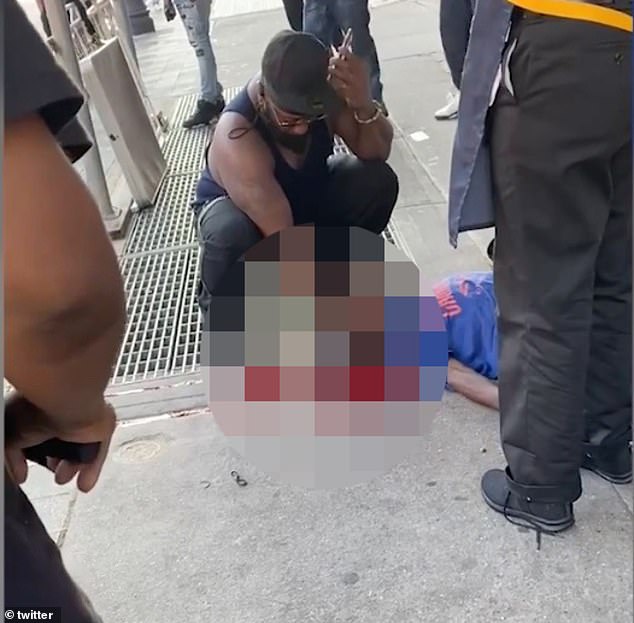 Morgan kept his eyes down and didn’t speak as he was arraigned on Thursday for the attempted murder.

Assistant District Attorney Luis Paternina said, before it was announced that Webb had died, that upgraded charges are likely against Morgan, who is being held without bail pending another court appearance next week.

Morgan was also arraigned in a separate October 2020 murder that he reportedly confessed to earlier this week.

Morgan was taken into custody Monday night. His girlfriend, Camellia Dunlap, has also been charged in connection with the case after she allegedly handed Morgan the gun prior to the shooting, prosecutors said.

Speaking earlier this week, Brooklyn Assistant District Attorney Luis Paternina told Judge Inga O’Neale during Morgan’s arraignment: ‘Your Honor, the people anticipate a homicide charge on this case given the victim is currently on life support.’

It’s not yet been confirmed that his charge has been escalated to homocide.

‘I’m really not ready for this,’ she said. ‘I’m just going back and forth with so many flashes in mind. My mind is not stable.’

The tragic events unfolded around 7pm on Monday after the suspect’s mother Lisa Fulmore, 40, returned to McDonald’s on Fulton Street to complain about her fries being cold.

Morgan, who was on FaceTime with his mother during the confrontation, showed up at the eatery where he intervened, authorities said.

Fulmore claims that her son was acting in self-defense and that the McDonald’s employee was still on the clock when he left the restaurant and went looking for her son following the spat.

Morgan and one of the employees, Webb, got into a dispute of their own inside the restaurant that at some point spilled outside and resulted in Morgan allegedly shooting the victim in the neck.

Morgan had previously been arrested several times, including for grand larceny in 2019 and assault and theft of service in 2018, police sources said. He also has numerous sealed arrest cases.

Morgan is alleged to have killed 28-year-old Kevin Holloman after being shot three times in the Bedford-Stuyvesant neighborhood of Brooklyn.

Holloman was shot in front of an apartment building on Herkimer St. near Rochester Avenue. He suffered multiple gunshot wounds, police said.

‘For a while we tried to make an arrest and get this guy off the street,’ police said. ‘The guy should be behind bars, should be in jail.’

‘I am relieved but it will never bring my brother back,’ Gardenia Holloman, 32, Kevin Holloman’s sister, told The Daily News. ‘So it’s bittersweet.’

‘He was life of the party. All he did was dance and make you laugh, and he was loving and kind. He was a wonderful uncle to three little girls and he loved them.

‘He was a mama’s boy. Him and my mom were very close. My mother passed away right after him. She died of a broken heart. It messed my mother up badly. She couldn’t take it.’

No more taking the knee and the return of five subs... the key changes in the Premier League

Girl, 6, was ‘asphyxiated before her body was dumped in the woods’, autopsy reveals