A Sydney man has revealed how his neighbour’s plans to build a pool deck resulted in a two-year battle that saw him spend $100,000 on legal fees.

David Boettiger took action after his next-door neighbour Wassim Rahman commenced plans for a complete knockdown and rebuild at his property in Oatley, in Sydney’s south.

Mr Boettiger woke one morning in August 2020 to the sounds of construction, claiming he was never consulted with Mr Rahman’s plans to rebuild.

The father was forced to seek out the plans himself and was horrified to find that a pool deck, level with his 1.8m fence was included in the construction.

Mr Boettiger claimed ‘semi-naked’ swimmers lounging on the pool deck would be easily visible from his back deck or his kitchen window.

‘They could do a bomb in the pool while we’re hanging out our washing,’ he told news.com.au, adding the deck also made his back garden easily accessible.

Builders Saf Developments denied neighbours weren’t notified of the plans and said a private certifier had informed surrounding homes on July 9, weeks before the build started.

The frustrated neighbour ultimately decided to launch legal proceedings in April 2020, despite being told the best case scenario was a loss of $20,000. 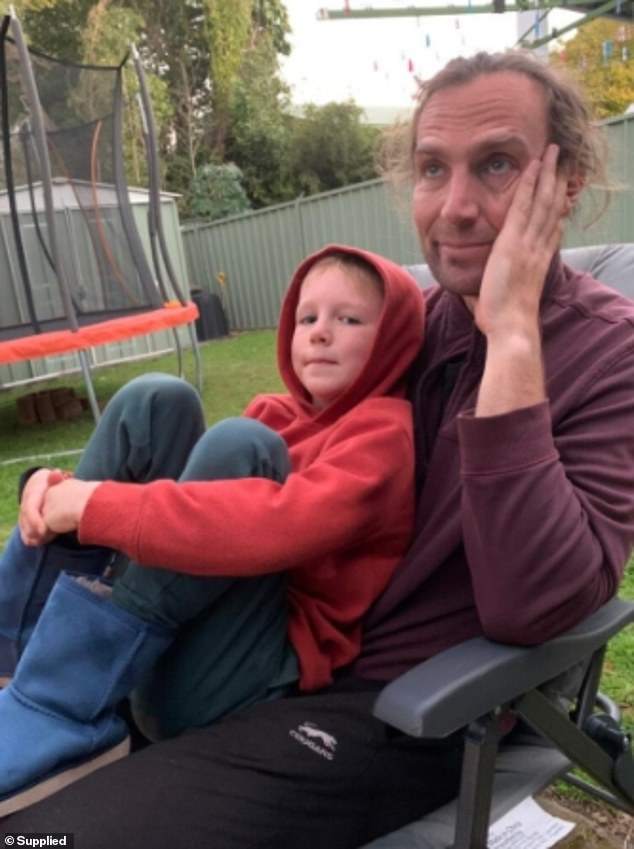 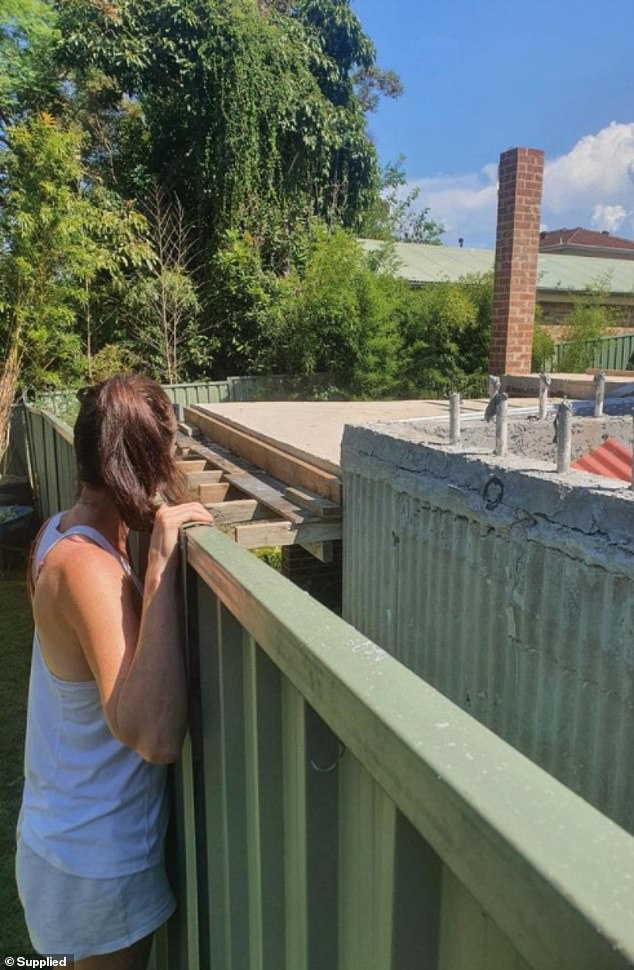 Mr Boettiger woke one morning in August, 2020 to the sounds of construction, claiming he was never consulted with Mr Rahman’s plans to rebuild (pictured, his wife stands at their fence)

Mr Boettiger said if it wasn’t for the pool deck he wouldn’t have taken legal action.

‘If it wasn’t for that, we probably wouldn’t have taken it to court because the lawyers did say you’re looking at a cost of 60 or 70 grand and you might get 70 back if you win,’ he explained.

Through mediation in the Land and Environment Court, the deck was reduced to one metre, with vegetation to be planted along the fence for better privacy. 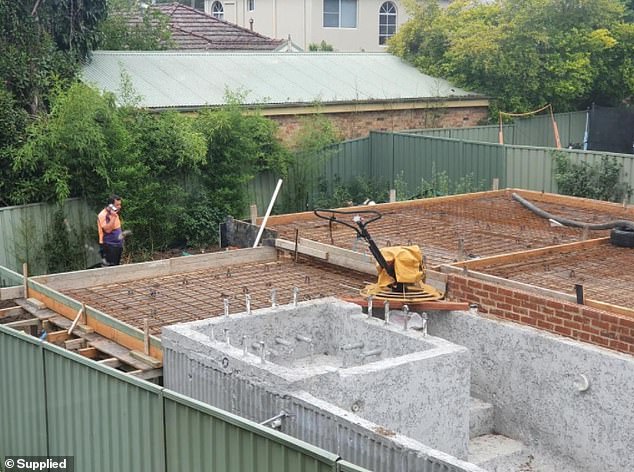 The Oatley father was forced to seek out the plans himself and was horrified to find that a pool deck, level with his 1.8m fence, was included in the construction (pictured, the pool and deck) 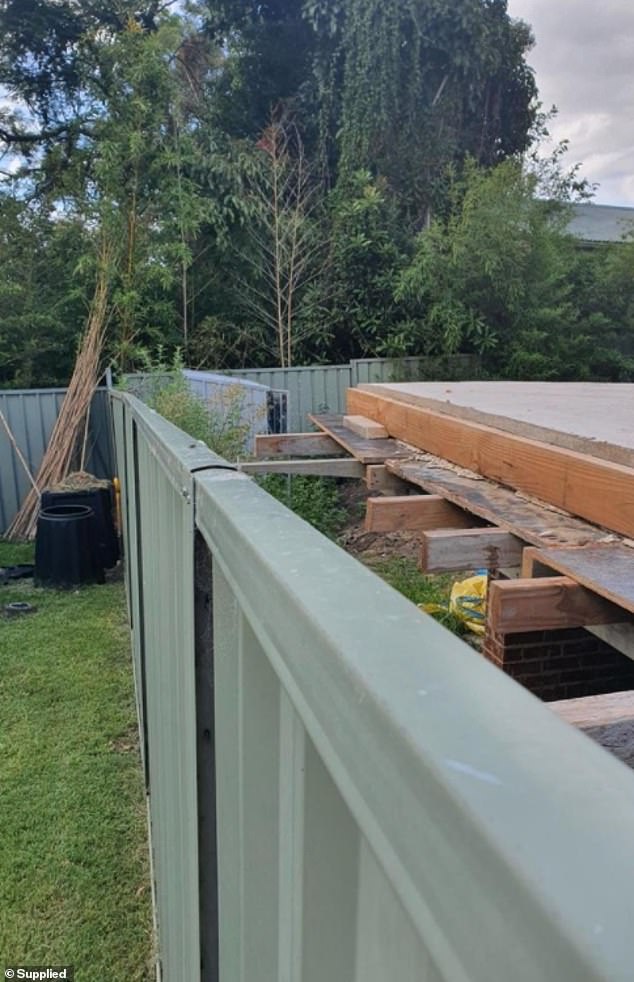 Builders Saf Developments have denied neighbours weren’t notified of the plans and said a private certifier had informed surrounding homes on July 9 (pictured, the fence and deck)

Even though he had technically won the case, Mr Boettiger said the win was bittersweet because he had spent the past two years in ‘complete anxiety’.

He has since moved from Oatley, where his wife’s family had been settled for the last four decades.

For Mr Boettiger, his old home is a reminder of the build that saw him battle anxiety and depression and suffer many sleepless nights.

‘I constantly found myself just thinking: “How does this happen?” I’m a good person, I don’t like to cause trouble to my neighbours. I try to get on with my neighbours. I would never do something that pissed somebody off as much,’ he said.

‘You don’t really feel how unjust it is until it’s happening to you.’ 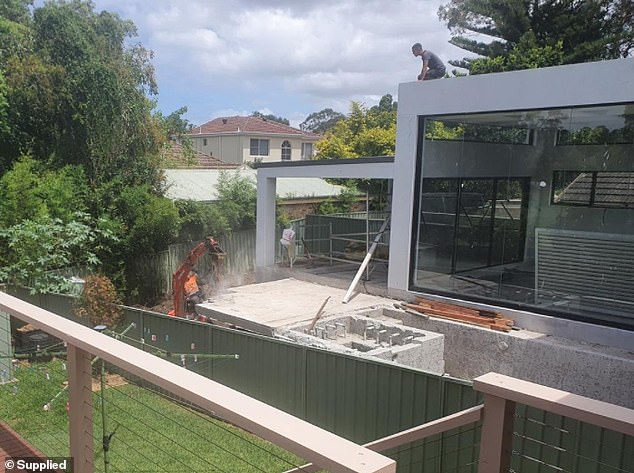 Even though he had technically won the case, the win was bittersweet for the Oatley father, who said he spent the past two years in ‘complete anxiety’ (pictured, the fence and deck)

Despite the change to the pool deck, the private certifier that helped Mr Rahman with the build told a different story.

A CDC is an alternative to a development application (DA), which has to be lodged with the local council, which publishes the plans.

A vital part of the council’s process is ensuring neighbours and the local community can provide feedback on the plans.

Mr Boettiger claimed that in the process of him trying to appeal to the certifier and the council to amend the deck, the construction continued.

But Ms Barnes told Daily Mail Australia that she could ‘100 per cent confirm’ that the 14-day neighbour notification was provided to surrounding homes on July 8, 2020 and the approval for the build was then issued on August 14, 2020.

The certifier said Mr Boettiger’s claims were addressed and satisfied during the court case in which she provided evidence of the neighbour notification letter.

She described Mr Boettiger as ‘relentless’.

Ms Barnes also said the design of the pool deck was amended ‘at the request of the owner to pacify (Mr Boettiger) and not due to any noncompliances with the approval’.

She also provided proof of the CDC being sent to Oatley residents. 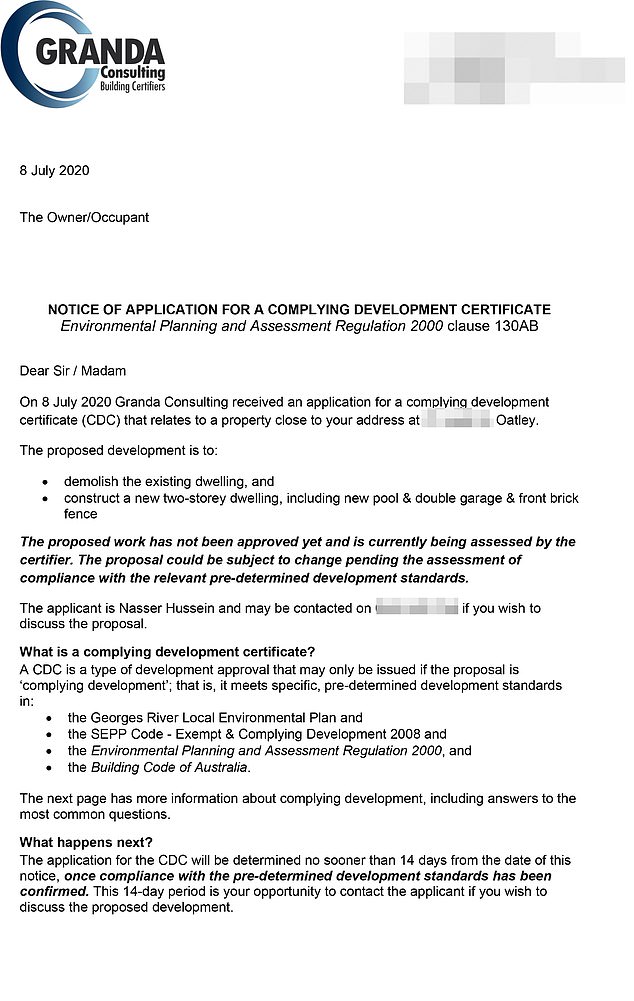 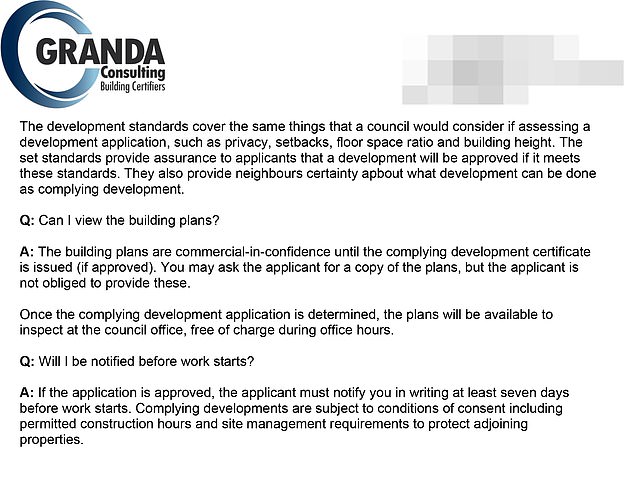 In a statement provided to news.com.au, Saf Developments said that while neighbours can request the plans of a proposed development there is no legal obligation for them to be made available.

The company maintains it has done ‘no wrong’ in the matter and that the property has been built in a way that satisfies regulations.

It claims the private certifier informed all tenants within 20 metres of the property of the upcoming build two weeks before the CDC was approved.

‘Despite what conflicting opinions the certifier or Mr Boettiger have in regards to the plans, they are approved plans and were built according to what was stamped’, the statement reads.

‘We understand that during this process, the certifier took all necessary steps as defined by NSW Planning Department and governing certifiers body to ensure definitions and processes were carried out properly, especially when there was contention in relation to unclear items,’ their statement read. 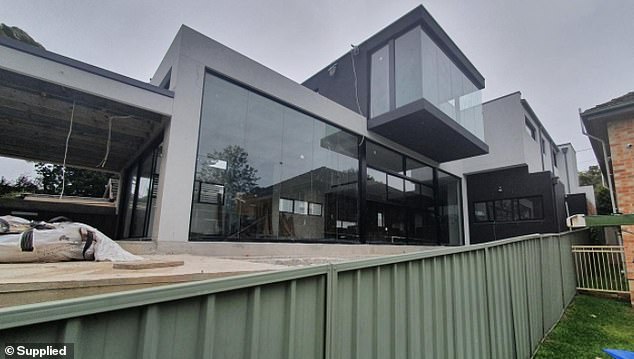 Saf Developments maintains it has done ‘no wrong’ in the matter and that the property has been built in a way that satisfies regulations (pictured, his neighbour’s home)