A former Olympics showjumping coach has walked free from court after being cleared of raping and sexually assaulting a teenage girl over seven years.

John Sillett had denied five charges of rape, five counts of assault by penetration and two sexual assaults which were said to have begun when she was 12 or 13.

The 55-year-old, who trained riders for the 2016 Rio Olympics, was accused of starting his abuse by touching her private parts.

A jury heard she ‘froze’ and would then ‘pretend to be asleep’. Afterwards he was said to have told her ‘I’m sorry, don’t tell anyone’.

A few years later, Sillett was accused of raping her as a teenager, who he trained and said ‘showed promise’, while saying ‘you know what you want, you know you want this’.

But the father-of-two, who ran riding school Wellington Riding, based at the Duke of Wellington’s estate near Hook, Hampshire, denied all twelve charges.

Sillett, dressed in a black suit, fought back tears and his lips trembled as jurors cleared him after deliberating for just over three hours.

Those accompanying him, seated in the public gallery, cried when the last of the 12 not guilty verdicts were read out at Winchester Crown Court. 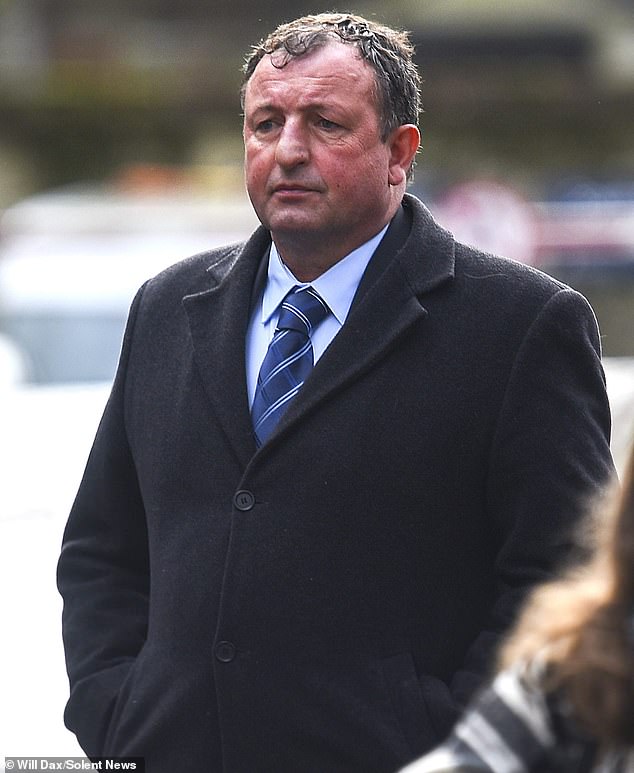 John Sillett (pictured) had denied five charges of rape, five counts of assault by penetration and two sexual assaults which were said to have begun when she was 12 or 13

During his evidence, Sillett told the court: ‘I stopped competing in 1993 and then went into management of equestrian centres and coaching, and on from there to establish my own business.

‘I began coaching her and tutoring her, and she was showing some promise. She was doing reasonably well [in her riding] but her temperament was letting her down.’

Questioning his client, defence barrister Martin Liddiard asked Sillett: ‘At any age, at any point… did you do anything that could be described as something like that [sexual]?’. Sillett replied ‘no’.

He further denied that anything that ‘might have been confused’ as being sexual happened between them. 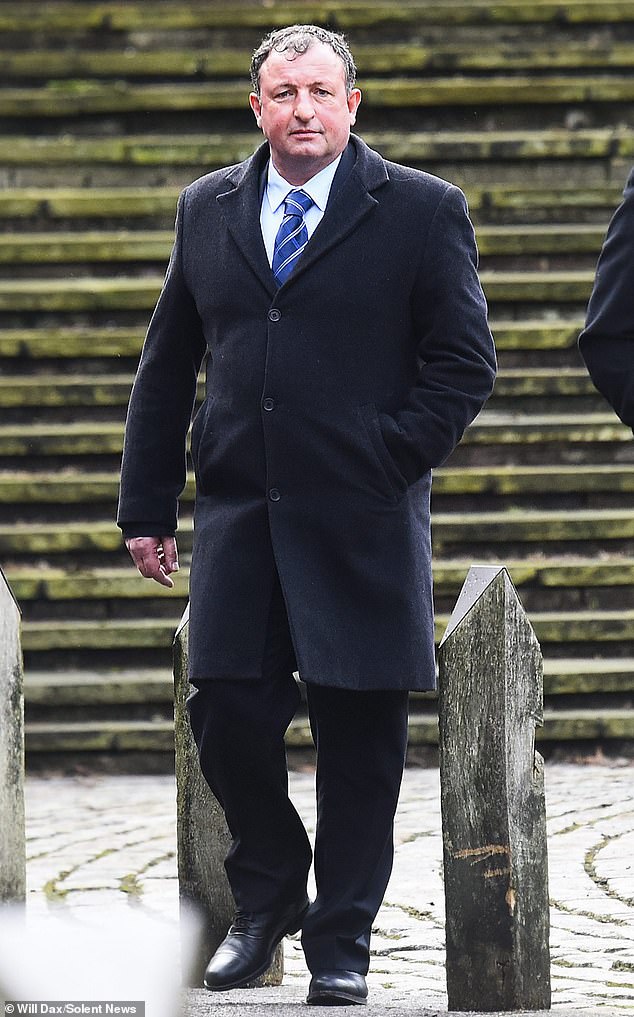 The 55-year-old, who trained riders for the 2016 Rio Olympics, was accused of starting his abuse by touching her private parts

A police interview was played in court in which the alleged victim said: ‘He would just try to convince me like I wanted it [sexual activity].

‘There would be days where he would come in and look at me in the shower and I would tell him ‘leave me alone, just get out’.’

On that subject, Mr Liddiard today asked Sillett: ‘Did you go watch her or get into a shower with her or anything like that?’, to which Sillett again simply replied ‘no’.

During the nine-day trial the former showjumper told the court the girl had ‘shown promise’ as a rider but was let down by her ‘temperament’.

It was not until years later, as a woman, that she complained to police. 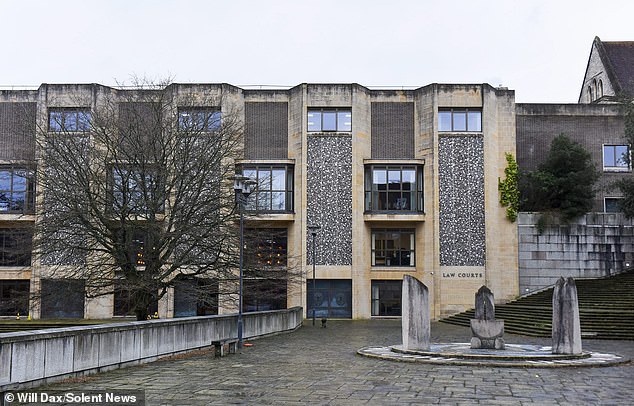 A jury at Winchester Crown Court (pictured) heard she ‘froze’ and would then ‘pretend to be asleep’. Afterwards he was said to have told her ‘I’m sorry, don’t tell anyone’

Jurors were told after the alleged abuse had stopped, the woman told Sillett she ‘loved’ him and sent him birthday cards.

She later went to police and he was arrested. Jurors heard that when quizzed he gave a no comment interview.

For nine years Sillett ran highly-regarded Wellington Riding before setting up Sillett Equestrian in September 2016 based in Farley Hill, Berkshire.

Sillett, from Wokingham, Berkshire, describes himself as a former international showjumper.

He told the court he married a showjumper named Kelly in July 2019, who he had been training, and has two daughters aged 29 and 23.

Sillett claims his coaching successes include ‘training riders to Olympic level, riders who went on to form part of the British Showjumping GB Junior Team, numerous riders who have represented their country internationally and riders who frequently compete at the finals of the National School Equestrian Association’.