The Southern Tablelands players said they were no longer Aussie battlers.

‘I‘m in tears mate. Every time I think I’m okay, the waterworks kick off again,’ the husband said.

‘I don‘t even know what to do with myself.’

‘We’ve always been Aussie battlers. Not anymore, though, I guess.’ 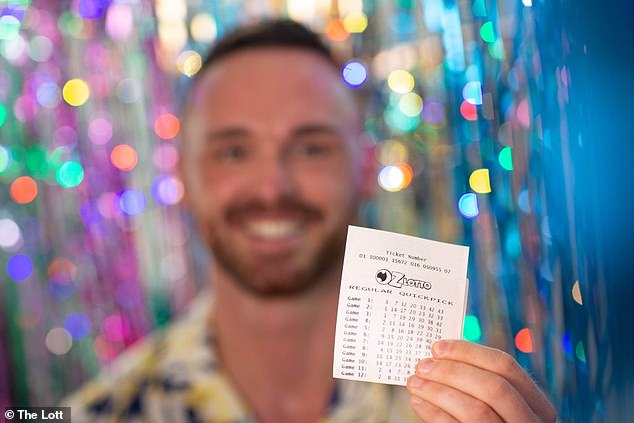 An Australian couple have become an overnight multi-millionaires after winning $20 million in an OzLotto draw. Pictured is a stock image of a man holding an Oz Lotto ticket

‘I dropped into the store this morning to check my ticket and the team member gave me a shocked look,’ he said.

The man also revealed his incredible plan for the money.

‘I can’t wait to share it with my family. I’ll set everyone up and make sure they don’t have to worry about anything,’ he said.

The couple joked they would not make it into the office to resign after their massive win.

‘Retirement is beckoning. I’m not sure if we’ll actually make it back into work at this rate.’ they said.