Taiwan’s defence ministry said on Wednesday that Chinese military drills have violated United Nations rules, invaded Taiwan’s territorial space and amount to a blockade of its air and sea, amid high tensions as U.S. House of Representatives Speaker Nancy Pelosi visits the island.

Taiwan’s defence ministry said the island will firmly defend its security, counter any move that violates territorial sovereignty and enhance its alertness level with the principle of not asking for war.

The defence ministry added during a news conference on Wednesday that China continues to launch psychological warfare on Taiwan, and that citizens should not believe in rumours and report any fake news to the government. 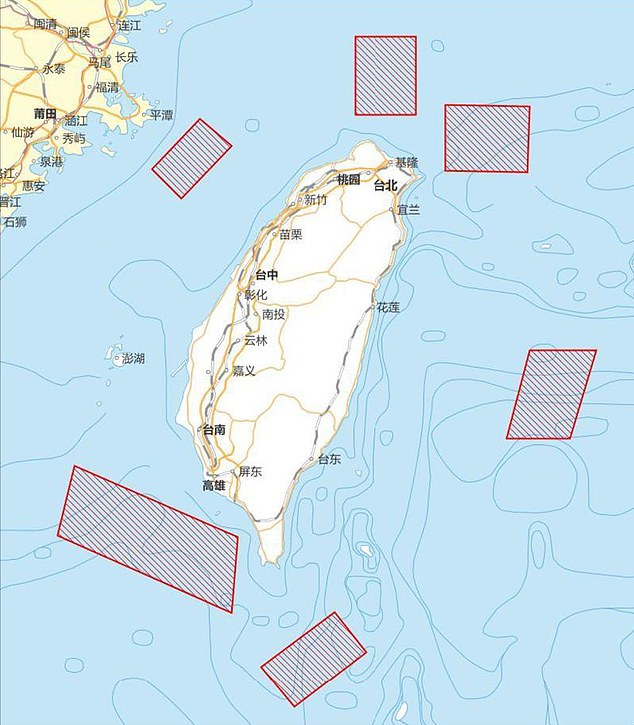 China has announced it will carry out military drills in these locations around Taiwan between Thursday and Sunday, closing those areas to sea and air traffic

As China embarks on an unprecedented six days of military drills surrounding Taiwan, security analysts are warning of mounting risks of escalation even if Beijing seeks to avoid its protests over Nancy Pelosi’s visit from sparking full blown conflict.

Chinese military practiced operations including seal and control, assault at sea and strike on land. 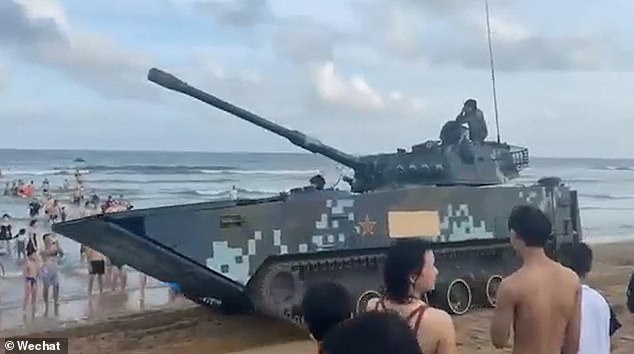 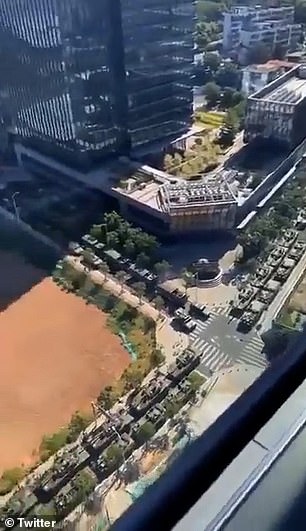 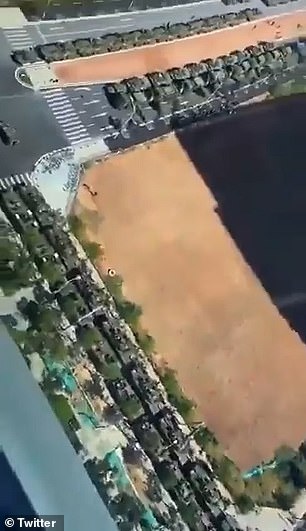 Analysts spoken to by Reuters say it remains unclear if China will fire cruise or ballistic missiles directly over the island, or attempt a blockade for the first time.

Song Zhongping, a Hong Kong-based military commentator, said it appeared the People’s Liberation Army wanted to practise blockading the island if it had to in a later war.

“The goal of these exercises, to put it bluntly, is to prepare for the military fight with Taiwan.”

Unusually, the drills were announced with a locator map circulated by the official Xinhua news agency – a factor that for some analysts and scholars shows the need to play to both domestic and foreign audiences.

“We can see China’s ambition: to make the Taiwan Strait non-international waters, as well as making the entire area west of the first island chain in the western pacific its sphere of influence,” said a senior Taiwanese official familiar with its security planning. If China got what it wanted, the official said, the impact would “be fatal for the safety and stability of regional countries, as well as for the regional economy.”

Singapore-based security scholar Collin Koh said the Pelosi visit had trapped China between having to show a resolute and sweeping response while avoiding a full-blown conflict.

“Even if they want to avoid that outcome, there are still significant possibilities for an accidental escalation,” said Koh, of the of the S. Rajaratnam School of International Studies. 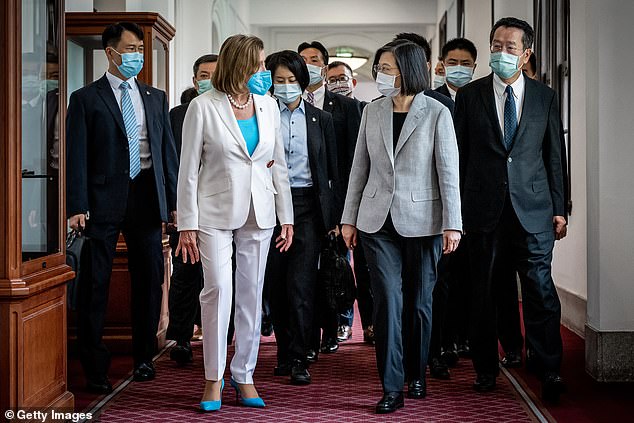 Maps of the drills produced by China show they go far beyond the missile firings in the straits in 1996 when Beijing protested the island’s first direct presidential election in what became known as the Third Taiwan Strait Crisis.

Significantly, in the north, east and south, the proposed exercise areas bisect Taiwan’s claimed 12 nautical miles of territorial waters – something Taiwanese officials say challenges the international order and amount to a blockade of its sea and air space.

A U.S. Navy official confirmed to Reuters on Tuesday that the 7th Fleet had deployed the USS Ronald Reagan carrier and four other warships, including a guided missile cruiser, in the Philippine Sea east of Taiwan as part of a “routine deployment”.

The Indo-Pacific Command in Hawaii did not immediately respond to Reuters’ questions on the Chinese drills on Wednesday.

Koh said advanced U.S. and Taiwanese reconnaissance aircraft would see the drills as an opportunity to probe Chinese military systems and communications, potentially adding to risks if Chinese planes responded.

Biden migration adviser Tyler Moran will step down in January