Frightening moment out-of-control pickup truck plows through fence and crashes into Long Island home, narrowly missing 13-year-old boy as he slept in his bed: ‘One foot closer and my son was gone’ 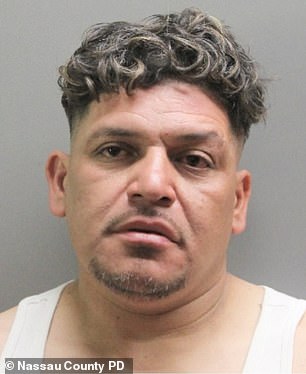 Blas Flores-Velasquez, 42, who has four prior arrests, was taken into custody and charged with intoxicated driving, leaving a scene of an incident, property damage, and operating a vehicle by an unlicensed driver.

An out-of-control pickup plowed through a fence and crashed into a Long Island home, narrowly missing a sleep 13-year-old boy.

Driver Blas Flores-Velasquez, 42, who has four prior arrests, was taken into custody and charged with intoxicated driving, leaving a scene of an incident, property damage, and operating a vehicle by an unlicensed driver two hours after crashing into a home on Long Island.

Velasquez, who police said was deported from the US in 2020, was driving on the Wantagh Parkway when he lost control and hit the Cypress Lane home shortly before 1am on Thursday.

Homeowner Thu Pham, 52, said she heard a ‘boom’ and went to check on her son Jayden Trinh.

‘And then we just turned and got out the room and turn on the light,’ she told ABC.

‘I saw the whole door was gone. I went to my son’s room and saw there was a hole.  ‘I didn’t know there’s a car that went through there. I went to see what happened to my son.

‘He was only one foot away…My son just woke up, and the whole thing was on top of him. One feet closer, and my son was gone, you know.’ 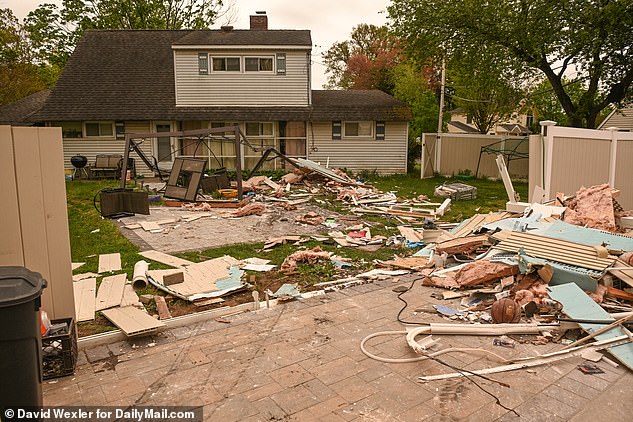 The truck also plowed through the shared fence before ending up in the neighbor’s lawn, where it was later towed 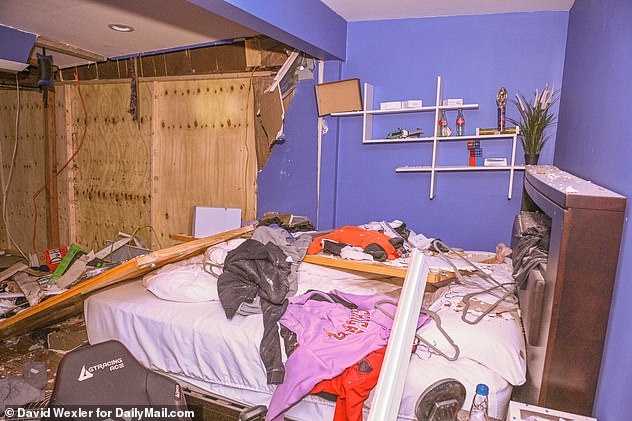 Wooden boards have been placed where the truck plowed through, while the bed is literally with clothing and hangers from the collapsed closet

She said checked his ‘entire body’ to see if ‘everything was okay’ after discovering the ‘closet was collapsed on the bed.’

Velasquez’s truck completely went through the home and ended up in the neighbor’s backyard, destroying a large chunk of the shared fence.

‘I was really confused,’ Trinh said, who had originally thought the family home was being robbed, according to the New York Post. ‘Everybody was panicking. We called the cops.’ 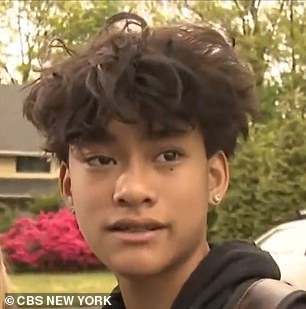 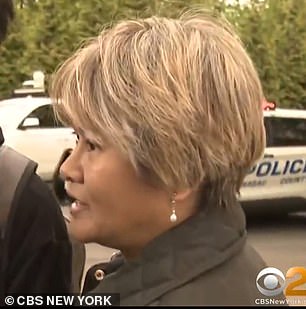 Trinh (left) said he woke up ‘confused’ and thought someone had robbed the home. His mother Thu Pham (right) said she immediately ran to her son’s room and checked his ‘entire body’ for injuries after seeing the closet completely ‘collapsed’ on the bed

‘I got up, and I saw the guy who hit our house. He was like: “Sorry”…and then he left.’ Velasquez fled the scene on foot, but appeared on surveillance footage returning to the scene a few minutes later to get something from his truck before vanishing back to wooded area near the parkway.

‘It could have been a lot worse, Trinh told CBS News. ‘[I’m] glad I didn’t die last night.

His mother agree, telling CBS News: ‘I feel a lot better now, I see my son and nothing’s wrong with him.’

The family has now been displaced and is going to stay with relatives while their house, which has been ruled unlivable, gets repaired.

No injuries were reported. 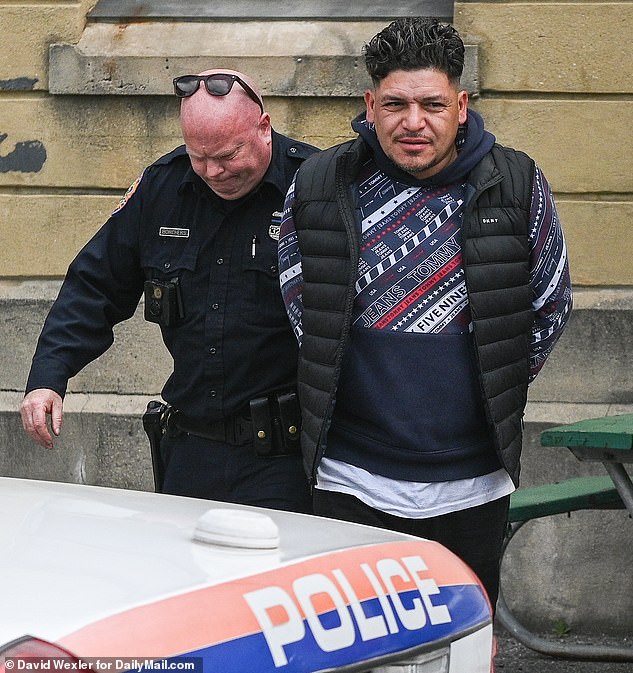 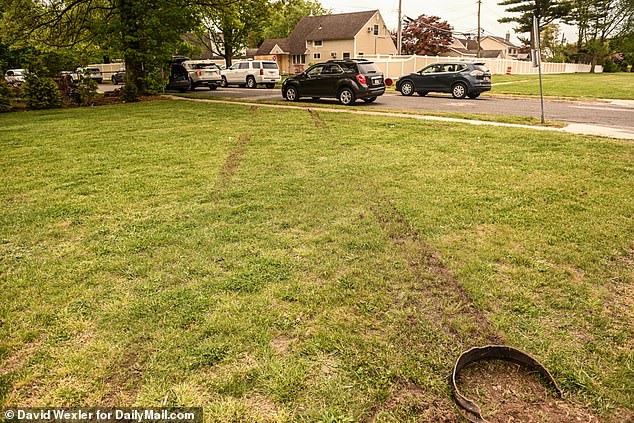 Dress Amy Winehouse wore for her final performance in 2011 sells for $243,000 in Los Angeles