Pictured: ‘Friendly’ bricklayer, 60, who died ‘after trying to act as peacemaker’ during mass brawl outside Manchester bar – as man, 22, appears in court over murder

Friends have paid tribute to a ‘friendly’ bricklayer who died ‘after trying to act as a peacemaker’ during a mass brawl outside a Manchester bar.

Kevin Wood, 60, is said to have intervened in the ‘large-scale disturbance’ involving some 10 people near the popular Printworks venue in Manchester city centre on Saturday night.

Mr Wood, who was passing by and not involved in the initial incident, was assaulted and died at the scene. 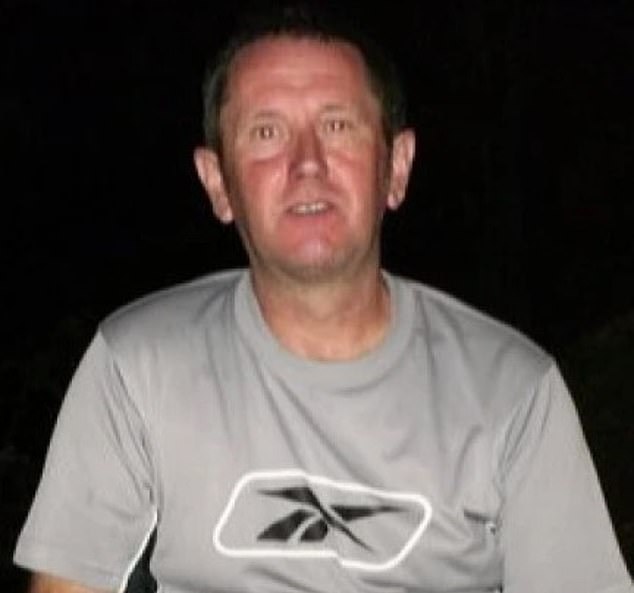 Kevin Wood, 60, is said to have intervened in the ‘large-scale disturbance’ involving some 10 people near the popular Printworks venue in Manchester city centre 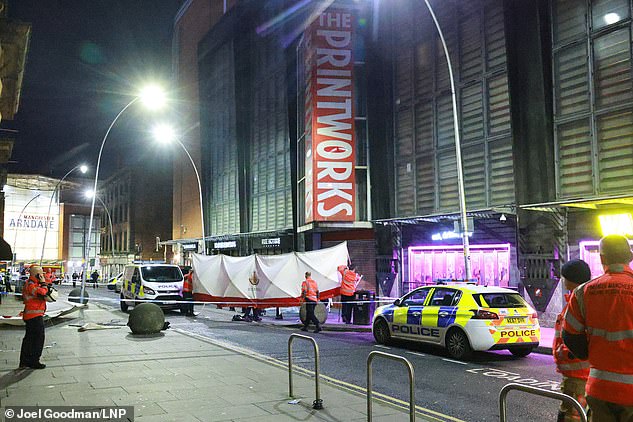 One witness, who asked not to be named, said of Mr Wood: ‘There was a group of lads who were fighting and the man tried to calm it down.

‘He was just trying to act as a peacemaker and ended up losing his life.’

A friend posted on Facebook: ‘RIP woody god only takes the best will be missed tenerife good times thinking of your family.’

Detectives have appealed for witnesses who may have filmed the incident to come forward. 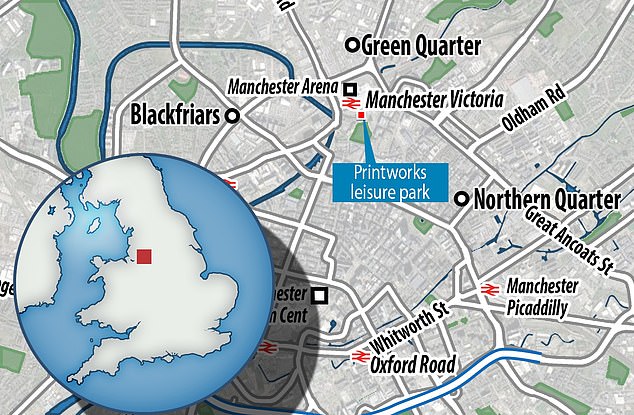 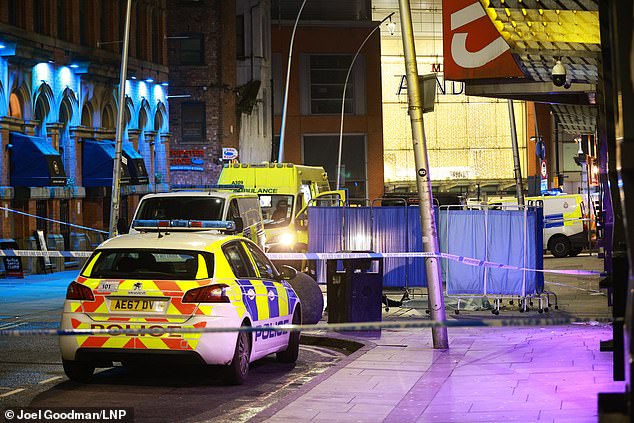 Detective Inspector Mark Davis, of GMP’s Major Incident Team, said: ‘This was a tragic incident where a man who wasn’t involved in the disturbance has lost his life, leaving his family understandably devastated.

‘The cordon has been removed and officers are at the scene carrying out enquiries but we’re keen to speak to anyone who might have been in the area at the time as we believe a number of people were filming the incident and those videos may prove crucial to our investigation. 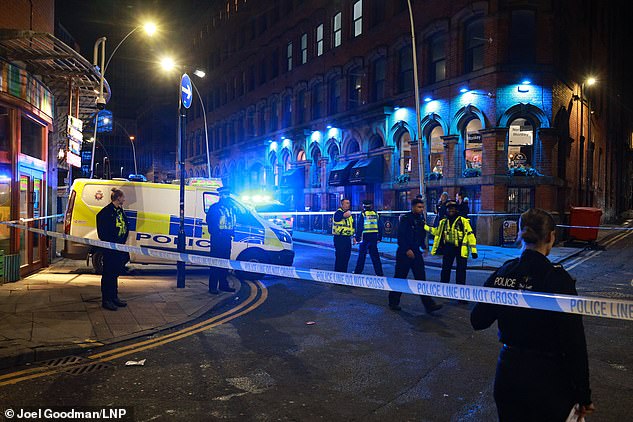 Greater Manchester police were called to a ‘serious disturbance’ in Dantzic Street, near the popular Printworks leisure venue in Manchester, at around 8pm