The gut-wrenching moment a grass snake devoured a helpless frog whole has been captured on camera by a Warwickshire gardener.

Gillian Taylor did not expect to stumble across the shocking scene in her back garden in Brinklow, Warwickshire, never having seen a snake at her pond before.

But the grandmother, quick off the mark, managed to grab her camera and get some amazing pictures of the frog’s head and arms poking out as it was being swallowed by the garden snake. 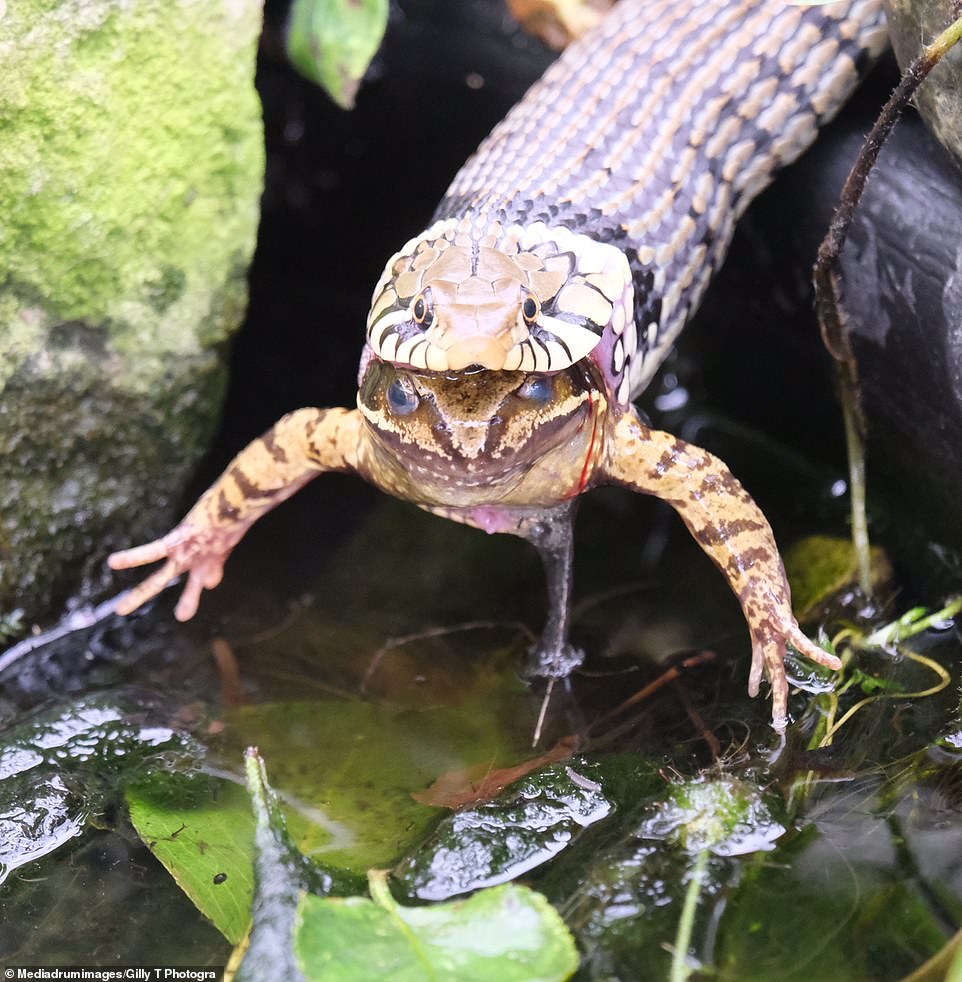 She said: ‘Yesterday I went to have my usual check on the area and I cannot describe how stunned I was to see a grass snake clutching one of the frogs in its mouth.

‘The snake was huge.

‘I raced back up to the house to grab my camera and managed to capture what I was witnessing there in my own back garden. 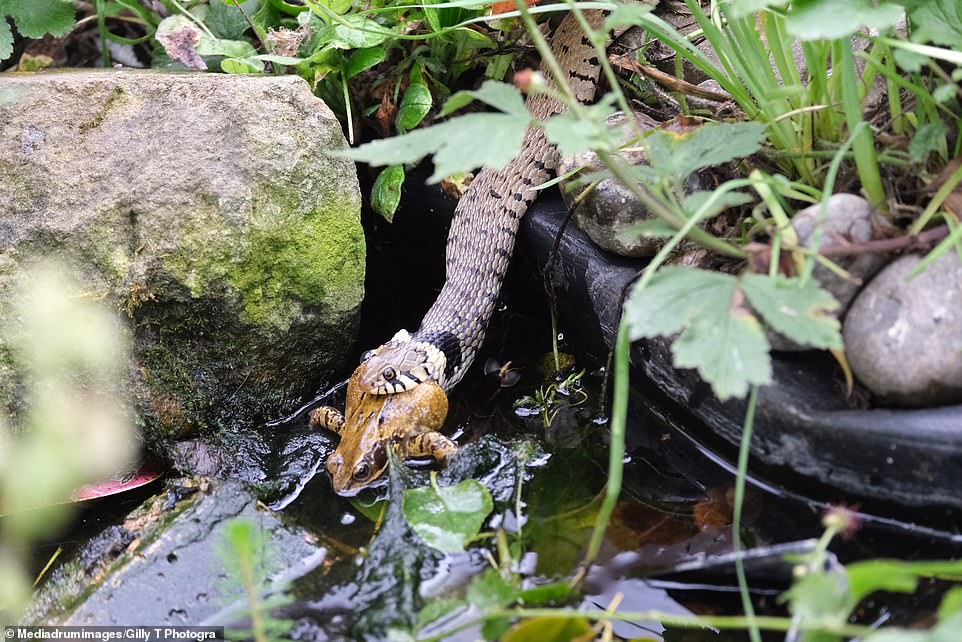 Ms Taylor, who was stood about three feet away and used a 55-200mm lens to capture the images, said she couldn’t believe what she was seeing 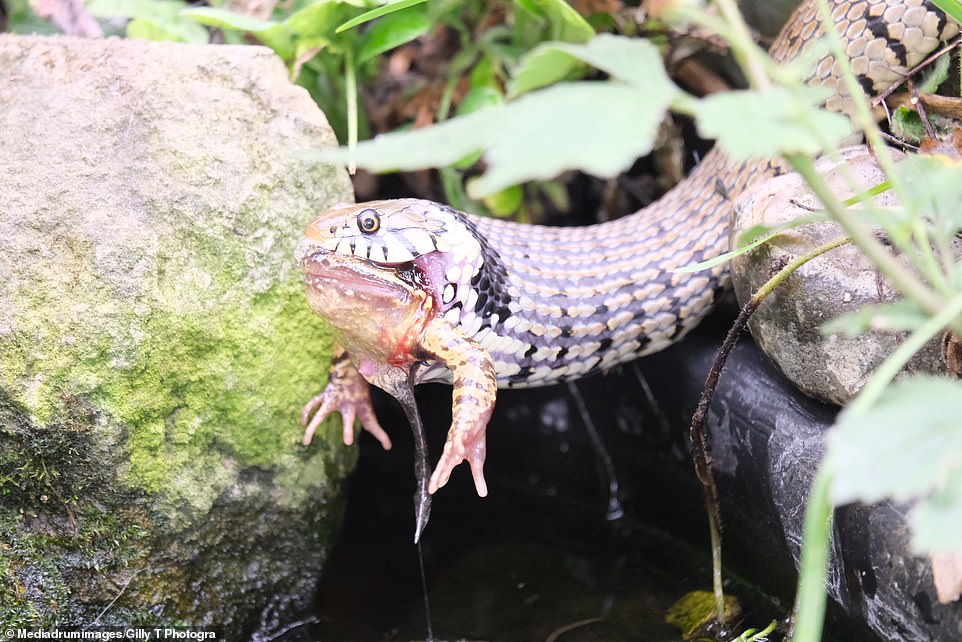 Grass snakes mainly prey on amphibians, especially the common toad and the common frog, although they may also occasionally eat ants and larvae 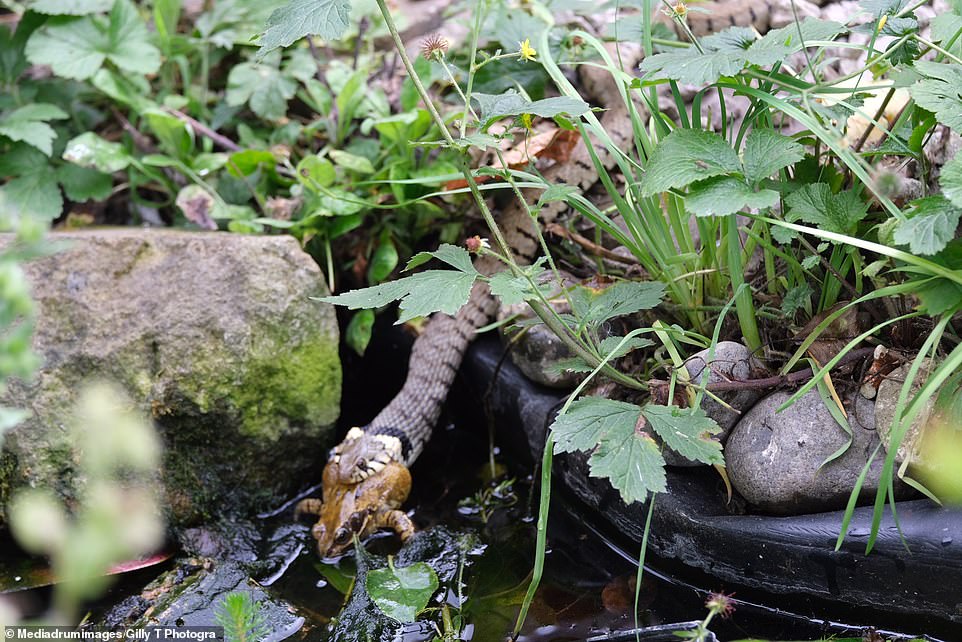 The UK’s longest snakes, grass snakes can grow up to 1.5 metres in length but they are non-venomous and pose no threat to humans

‘All I kept saying out loud was “oh my god”.

‘The snake and the frog just seemed to be staring at me as I clicked away, capturing each moment the frog slowly disappeared into the mouth of the snake.’

She added: ‘After it had eaten the frog it slithered back into the wild, very tall weeds and flowers, unlikely to ever be spotted again until it returns to the pond.’ 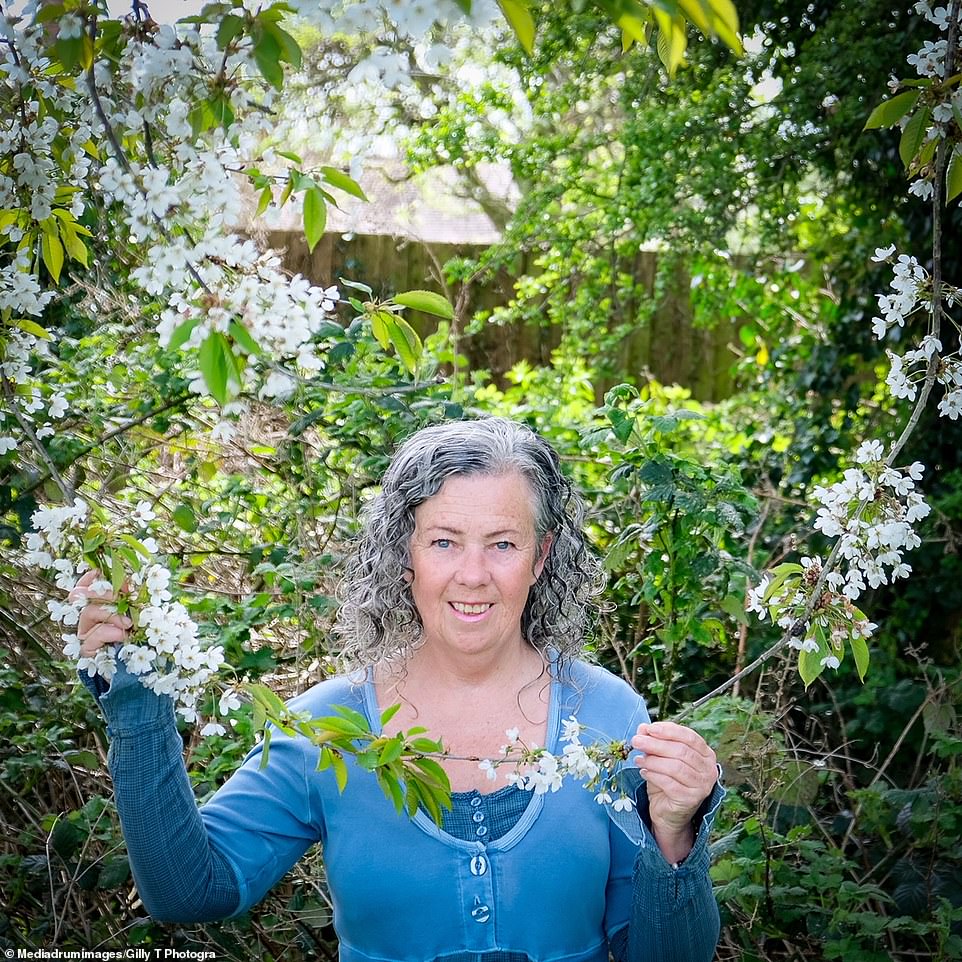 The grandmother said she was ‘stunned’ to witness the scene, never having seen a snake in her back garden before

Grass snakes are the most frequently seen British snake and can be found throughout the UK, although they are particularly fond of wetland habitats.

They are also Britain’s longest snake, growing up to 1.5 metres in length.

Feasting on frogs is common for grass snakes with their diet primarily consisting of frogs, toads and newts.