Police charge 79-year-old man over 1974 Islington murder of woman, 22, who had been strangled

A man has been charged with a murder which took place almost 50 years ago.

John Apelgren from Sydenham, South East London has been charged with the murder of Eileen Cotter, 22, who was found dead outside the front of a block of garages behind Hamilton Park, Islington, on the afternoon of June 1, 1974.

Apelgren is due to appear at Bromley Magistrates’ Court later today. 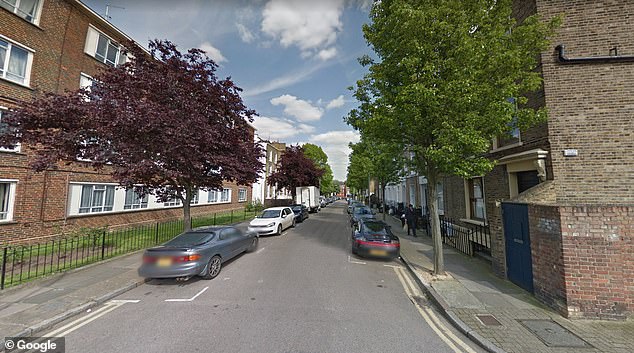 Eileen Cotter, 22, was found dead on this street in Islington, north London on June 1, 1974

Nobody was charged with Ms Cotter’s murder by the original team of detectives.

Apelgren has also been charged with the indecent assault of another woman in 1972.