Five-months pregnant Florida librarian, 35, is shot dead in road rage incident after she ‘intentionally’ rammed her Kia into a motorcyclist ‘who followed her home before she pulled a gun on him and he fired at her in retaliation’

A five-months pregnant librarian from Florida has been shot and killed after police say she intentionally hit a motorcyclist with her car, which eventually led to an armed confrontation outside her home resulting in her death.

According to the Orange City Police Department, the incident began unfolding just before 5.14pm on Saturday, when cops received a 911 call reporting a hit-and-run accident.

Investigators said they have determined that 35-year-old Sara-Nicole Morales intentionally struck Andrew Derr, 40, riding his motorcycle with her blue Kia and then fled the scene.

Derr, who was not injured, followed Morales along with witnesses in an effort to prevent her from escaping until police arrived. 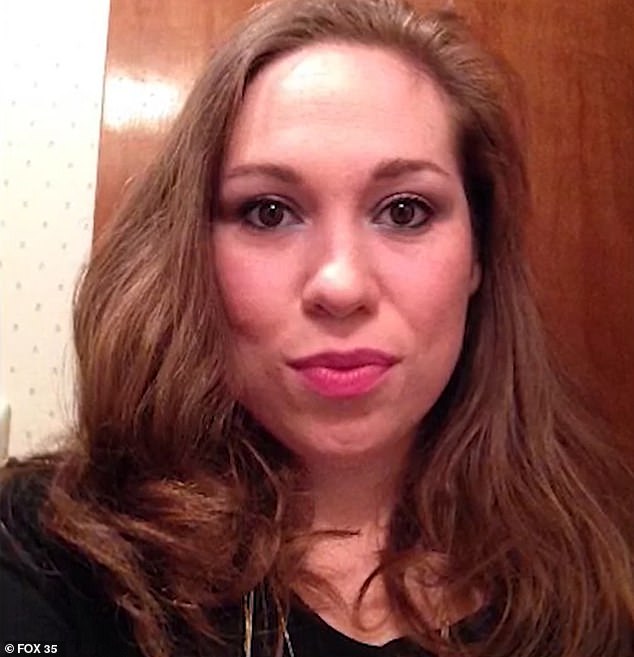 Pregnant Florida librarian Sara-Nicole Morales, 35, was shot dead after a road rage incident in which police say she was the aggressor 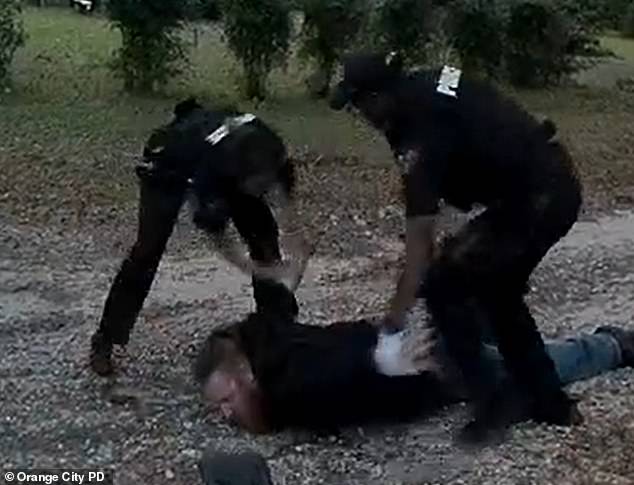 Motorcyclist Andrew Derr, 40, shot and killed Morales after police say she pointing a gun at him because he followed her home

Derr and the others tried to stop Morales from making a turning at a nearby intersection, telling her to stay put until officers responded to the scene, but the woman refused and drove away.

Morales ultimately pulled over in front of her home in the 1000 block of East Wisconsin Avenue, went inside and came back pointing a gun at Derr and the witnesses while they were on the phone with a 911 operator.

Morales also called 911, telling a dispatcher she was being threatened by aggressive men.

‘You’re three men. You followed me. Leave me alone,’ Morales is heard screaming on the call that was released by the authorities. 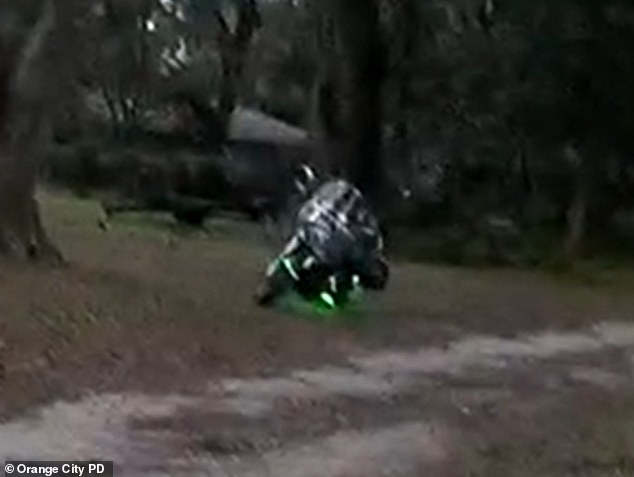 Morales intentionally hit Derr’s motorcycle (pictured) with her Kia and tried to flee the scene, according to police in Orange City 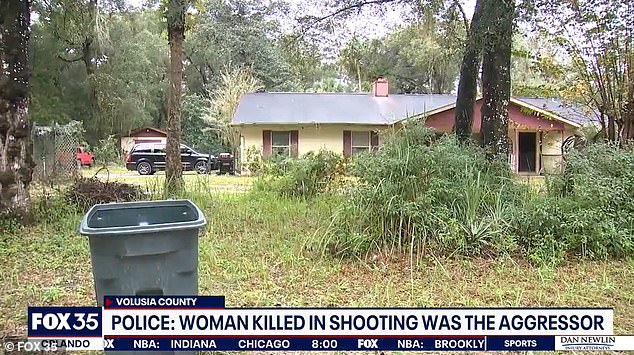 Derr and witnesses followed Morales home after calling the police. The woman went inside and then re-emerged with a gun 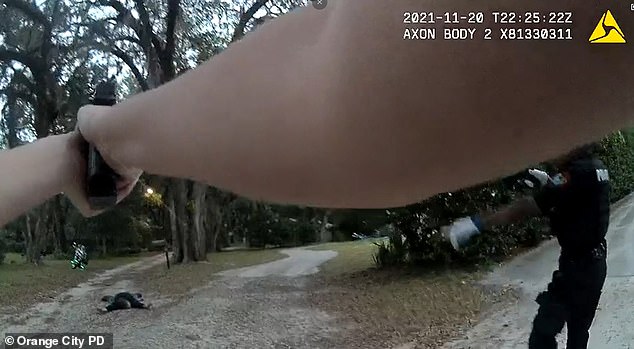 One of the witnesses was on the phone with a 911 dispatcher when the barrage of gunfire erupted, followed by screams.

The witness told the dispatcher Derr shot the woman ‘in self-defense.’

Morales woman was rushed to Halifax Health Medical Center, where she was pronounced dead. Her family told Fox 35 she was five months pregnant with a child, who did not survive. Morales also leaves behind an 11-year-old daughter and a fiancé.

She worked as a librarian at the Pierson Public Library since 2019.

Body camera video that was released by the police showed officers ordering Derr at gunpoint to lie face down on the ground and not move. 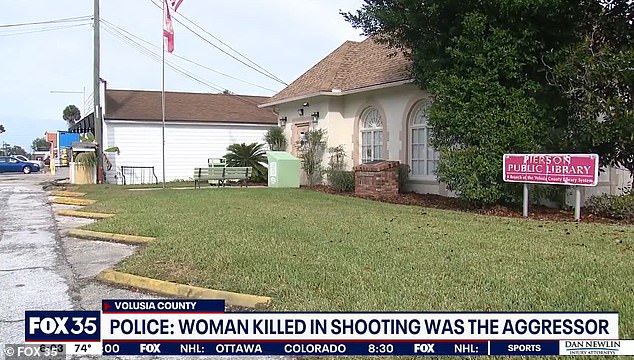 ‘I’m not moving. Please don’t shoot me,’ Derr tells the officers, before adding, unprompted: ‘that girl tried to kill me. She pointed a gun at me. …I’m so sorry’

As police officers detained Derr by placing handcuffs on him, Derr implored them to go ‘easy,’ telling them: ‘I didn’t do anything wrong but defend myself.’

Derr was said to been cooperating with law enforcement. As of Tuesday, he has not been charged in connection with Morales’ death.

Kacey Musgraves speaks out about her divorce from Ruston Kelly

Desperate Afghans are crushed to death in chaos at Kabul airport