Jurors in the trial of a police officer accused of rape have been discharged as four members of the jury tested positive for Covid-19.

David Longden-Thurgood, 48, of Waterlooville, Hampshire, was on trial at Winchester Crown Court accused of raping a woman he met on the Bumble dating app.

On Monday, one juror reported testing positive and was discharged.

Today, a further three members of the jury fell ill to the virus as they retired to consider the verdict of the 48-year-old. 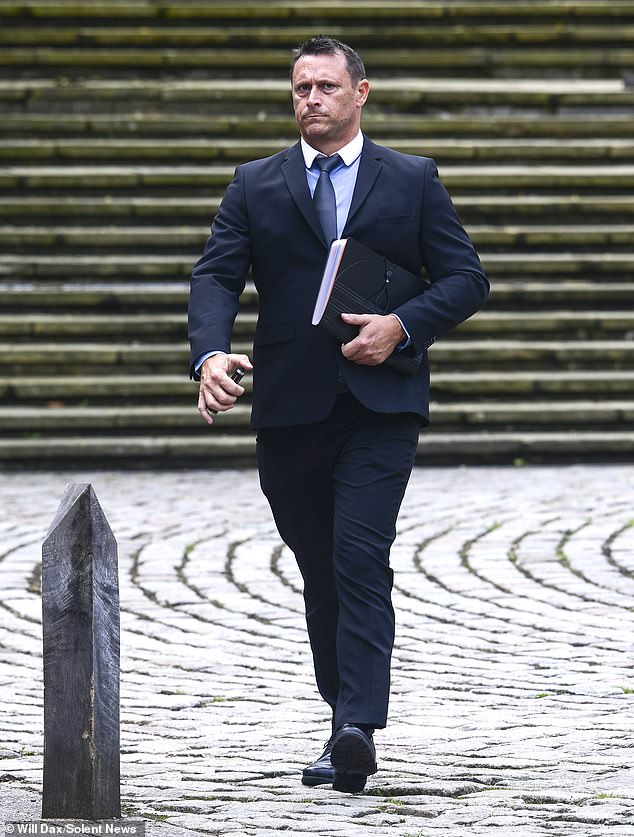 Divorced father of three, David Longden-Thurgood, was on trial after being accused of raping a women in her 30s he met via the dating app bumble. Today, jurors fell ill to Covid-19 as they retired to consider the verdict

Judge Robert Bright QC told the jurors: ‘I’m sorry to say that the outcome is that the trial has had to come to an end.’

Judge Bright QC also apologised to Hampshire Constabulary officer Longden-Thurgood, who has served for over 20 years.

During the trial, it was alleged that in October 2020 the divorced father of three, from Waterlooville, Hants, raped the woman in her 30s at her home in Hampshire during a date.

Last week, Longden-Thurgood, told the court that he felt ‘stitched up’ and accused the woman of telling a ‘blatant lie’ about their evening together. 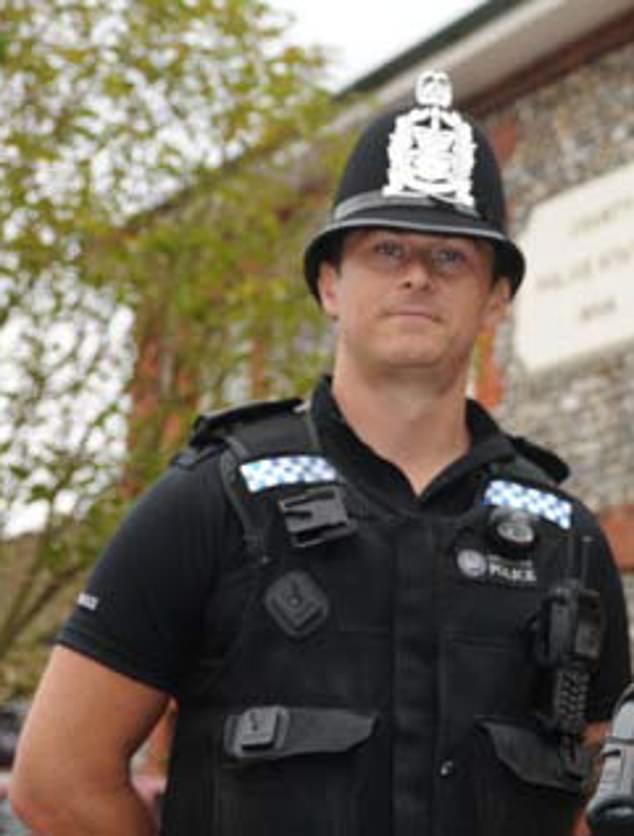 With four jurors falling ill, the trial has now collapsed. Judge Robert Bright QC told the jurors: ‘I’m sorry to say that the outcome is that the trial has had to come to an end.’

He appeared to become emotional as he spoke of the moment he was attested while working at Waterlooville Police Station, near Portsmouth.

The court heard that the pair began exchanging sexualised messages on the app, before Longden-Thurgood sent her lewd selfies and spoke about having sex in his police uniform.

After a day of messaging, the woman invited Longden-Thurgood to her home to get to know him and she consented to some kissing and sexual activity when it was instigated by the officer, the court heard. 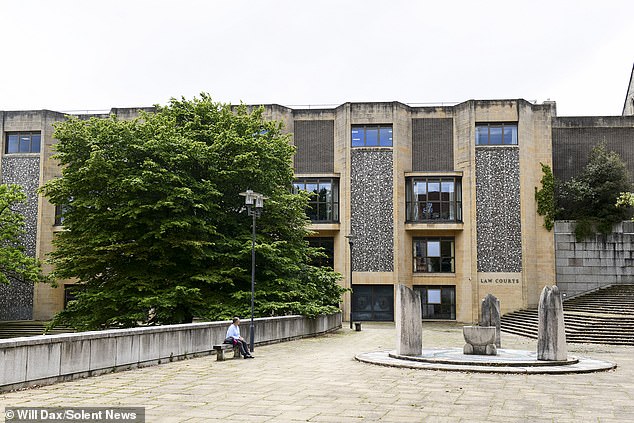 Longden-Thurgood stood trial at Winchester Crown Court (pictured) charged with a single count of rape. The trial has now come to an end as jurors fall ill

She then invited him upstairs to spoon, but repeatedly told him ‘I don’t want sex’, a jury was told.

But after some consensual sexual activity, it is alleged that he raped her.

He denied one count of rape.

The prosecution have 14 days to indicate whether it is seeking a retrial.