A note left stuck on a packet of hot cross buns at the supermarket has sparked a debate online – and raised the question of whether the treats should be sold months before Easter.

A religious woman raged after spotting a packet of chocolate hot cross buns for sale in Coles this week, more than four months before Easter, and left behind a handwritten note on a packet.

‘The last time I checked the celebration of the birth and death of Jesus were not celebrated by the separated by less than a month!’ the note read. 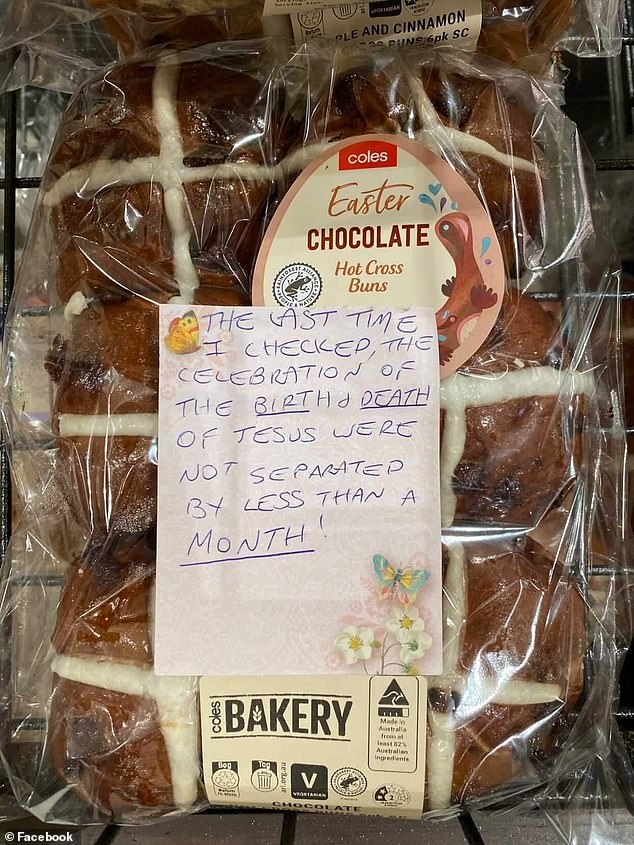 A shouty note left stuck on a packet of supermarket hot cross buns has sparked an irreverent debate online – and raised the question of whether the baked treats should be rebranded (pictured, the note, which was left in a Perth Coles) 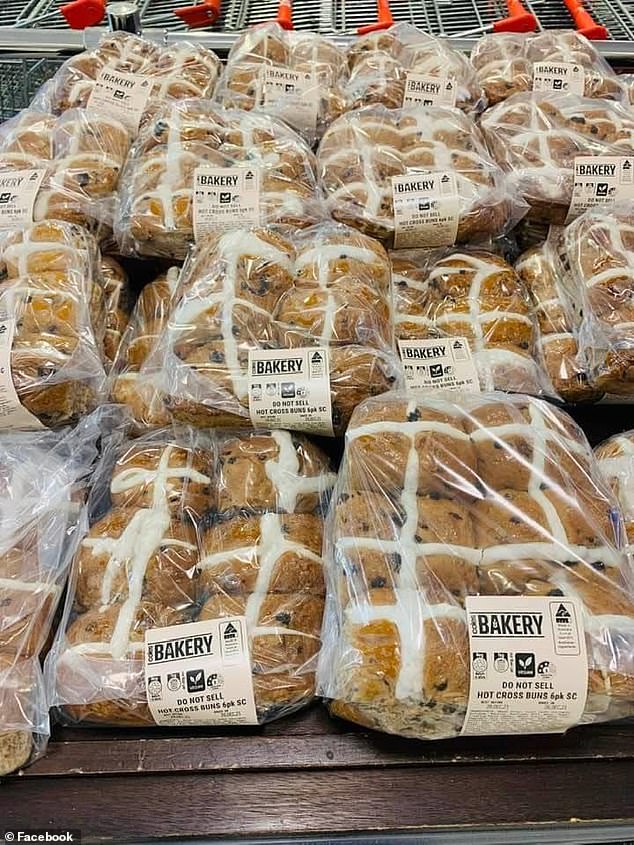 On Boxing Day, Lesa posted a photo of a full table of the buns at a Western Sydney Coles on a community social media page

Should Hot Cross Buns be rebranded as fruit buns so they can be sold all year round?

A photo of her note was posted on the Bell Tower Times Facebook page, sparking a fierce debate.

‘Easter buns is one thing. However, I was absolutely disgusted and appalled when I walked through a large number of shops after New Year’s Day with *Christmas decorations* up already,’ Matthew wrote.

However others suggested that hot cross buns should be sold all year round.

‘I could eat a hot cross bun every day of the f***ing year if I could buy them, because they taste great,’ wrote Chas.

Sam agreed: ‘Hey Coles and Woollies, here’s an idea, get rid of the cross, it doesn’t add to the taste anyway, and just call them fruit buns.’

‘It solves people getting upset and then we could have them 365 days of the year and those wanting a cross at Easter could decorate the fruit buns themselves,’ he wrote.

‘It’s not like they’re made of blessed ingredients or anything.’ 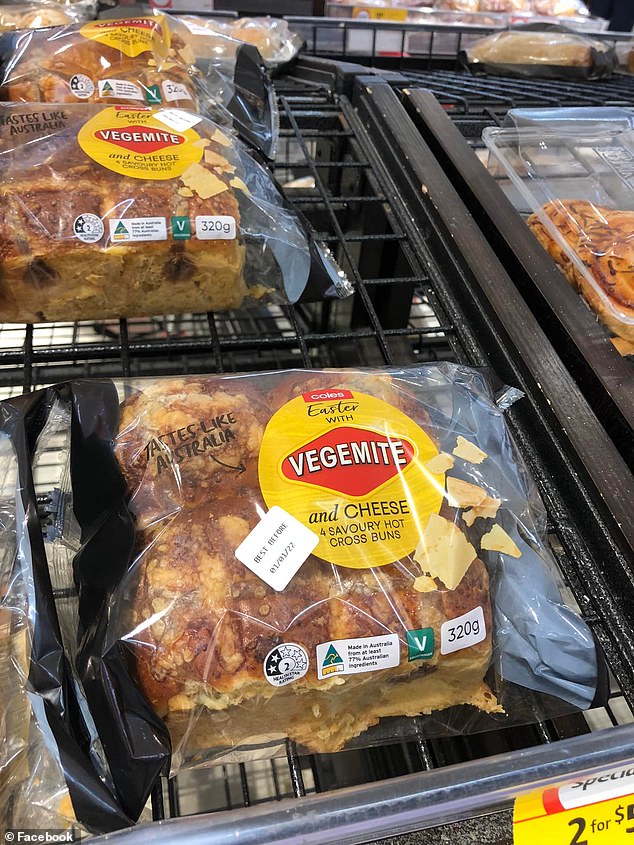 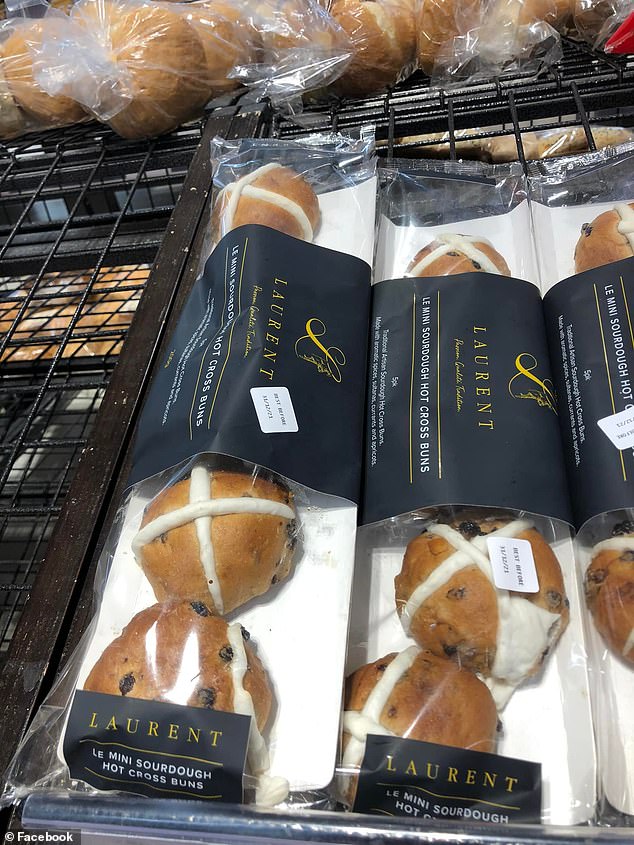 Post-menopausal mother, 57, claims she was left bleeding from her vagina after getting the Covid jab

Biden back at the White House weekend at Camp David negotiations loom on $3.5 trillion budget bill