Republicans are threatening to make Hunter Biden testify before Congress if they take back the House of Representatives in the November midterm elections.

‘We have a lot of questions about where he gets his money, from his artwork and from his consulting deals,’ Kentucky Rep. James Comer, the ranking member of the House Oversight Committee, told CNN.

President Joe Biden’s son’s business dealings have been scrutinized by Republicans for several years, as they played a central role in former President Donald Trump’s first impeachment in 2019 and have created a headache for the Biden White House when Hunter Biden entered the art world. 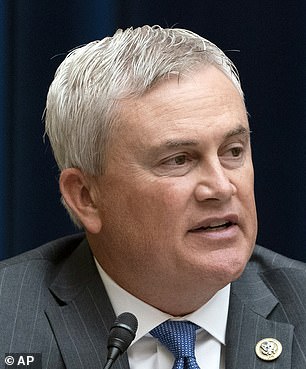 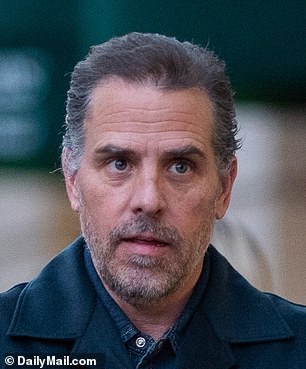 Republicans, including Rep. James Comer (left), the ranking member of the House Oversight Committee, are poised to initiatie a number of investigations if they take back the House, including into Hunter Biden’s (right) business dealings 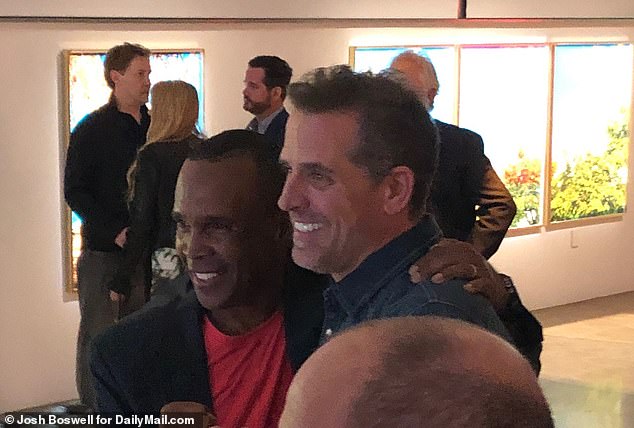 Hunter Biden’s business dealings have been scrutinized by Republicans for several years, as they played a central role in former President Donald Trump’s first impeachment in 2019 and have created a headache for the Biden White House when Hunter Biden entered the art world

Trump used Hunter Biden as a political punching bag over a 2014 sweetheart deal he got from Burisma, a Ukrainian natural gas company, which asked the younger Biden to sit on its board, despite having no apparent qualifications to do so except the Biden last name.

Hunter Biden was paid $50,000 a month by Burisma, while his dad handled Ukraine policy for the Obama administration.

In 2016, the Obama administration and its European allies pushed Ukraine’s prosecutor general, Viktor Shokin, to step down arguing he wasn’t doing enough to crack down on the country’s corruption.

The move wasn’t controversial, including to Congressional Republicans, but Shokin turned around and said he was shown the door for going after Burisma.

During a July 2019 phone call with new Ukrainian President Volodymyr Zelensky, Trump pressured the leader to announce investigations into Joe and Hunter Biden, while holding up $400 million in Congressionally approved military aide to Ukraine –  which was the crux of the impeachment matter.

Hunter Biden also had business dealings in China while his father served as vice president.

More recently, Hunter Biden has become a painter, selling his works for up to $500,000, raising questions – again – about whether he’s financially benefiting from the family name.

The White House’s ethics plan to deal with the sales involved Hunter Biden and the administration being kept in the dark about who was purchasing the first son’s pieces.

Hunter Biden, however, appeared in-person at his November art show in New York, where potential buyers perused his paintings. 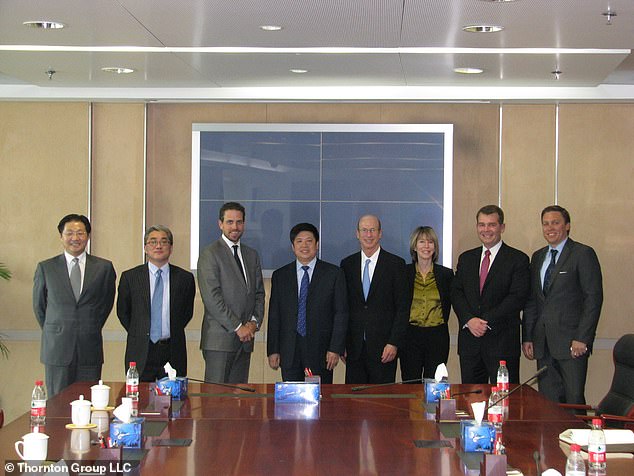 Republicans could look into Hunter Biden’s business deals in Ukraine, but also in China. Here Hunter Biden (third from left) poses with a number of Chinese executives in 2010, while his father was serving as vice president 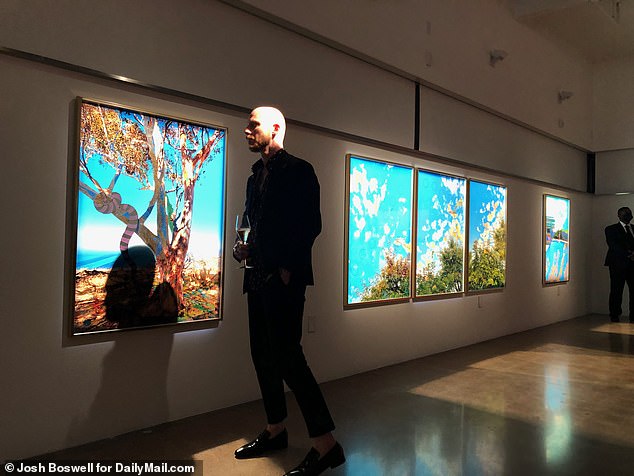 When Hunter Biden decided to sell his paintings, the White House set up an ethics agreement so neither Hunter nor the administration would know the buyers. Hunter Biden, however, showed up at his art show at a New York gallery (pictured) in November

Both parties have used Congressional investigations as a way to politically wound prominent figures of the opposing party.

There were a number of investigations into former President Donald Trump happening in the House in the run-up to the 2020 election.

And prior to the 2016 election Republicans were looking into former Secretary of State Hillary Clinton’s role in the deadly 2012 Benghazi attack.

But House Minority Leader Kevin McCarthy – who looks poised to finally take the speaker’s gavel – knows the peril of speaking too bluntly about Congressional probes.

In comments he made in 2015, he suggested House Republicans’ probe into Benghazi was a way to politically wound Clinton – infuriating a number of his colleagues.

‘Everybody thought Hillary Clinton was unbeatable, right? But we put together a Benghazi special committee, a select committee. What are her numbers today? Her numbers are dropping. Why? Because she’s untrustable. But no one woul have known any of that had happened, had we not fought,’ McCarthy said at the time.

The gaffe would cost him the speakership that time around, with Republicans asking Rep. Paul Ryan, who was now Sen. Mitt Romney’s running mate in 2012, to step in.

Pensioner, 65, arrested on suspicion of 34-year-old ‘Lady in the Lake’ murder