A retired barber took his own life after suffocating his wife, who was suffering hallucinations due to dementia, an inquest heard today.

Malcolm Brown, 74, and wife Pauline, 73, were found dead by family members at their home on in Monk Bretton, Barnsley in South Yorkshire on July 8, 2020.

The inquest at Sheffield’s Medico Legal Centre was also told by Detective Sergeant Stuart Hall that Mr Brown had weeks earlier told a relative there was ‘only one cure – murder and suicide’. 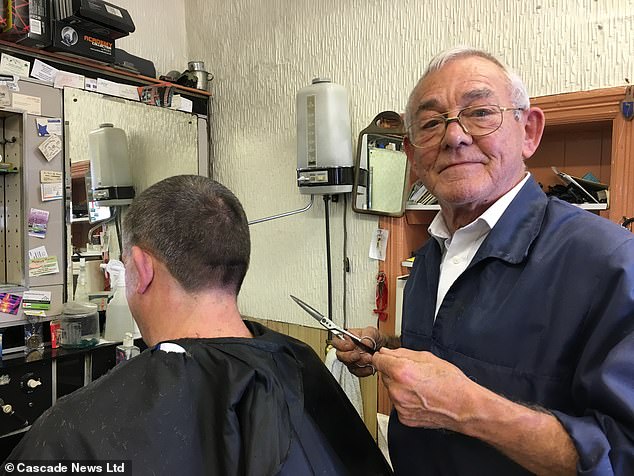 Malcolm Brown, 74, pictured, had been a longstanding and respected town centre barber for  more than 50 years

Mrs Brown was found in the couple’s bedroom floor in an ‘almost posed position’ with a pillow underneath her head and a sheet covering her, while Mr Brown was in another bedroom with his arms crossed over his body.

Post-mortem examinations of the longstanding and respected town centre barber of more than 50 years showed evidence of brain damage and insulin in his blood, suggestive of an overdose.

The inquest was told the couple had a ‘long and happy’ marriage that deteriorated due to Mrs Brown’s declining mental health and her husband’s ‘aggressive’ cancerous tumour.

Statements to police from neighbours said that Mrs Brown declined mentally and had begun to see ‘two Malcolms’, two houses and children running through the couple’s house.

DS Hall added: ‘There’s no reports or insinuation there had been any domestic violence or domestic abuse whatsoever.

‘But what had become apparent over the last couple of years was Pauline’s declining mental condition.

‘It was almost as if the past and present had become mixed up in her mind.’ 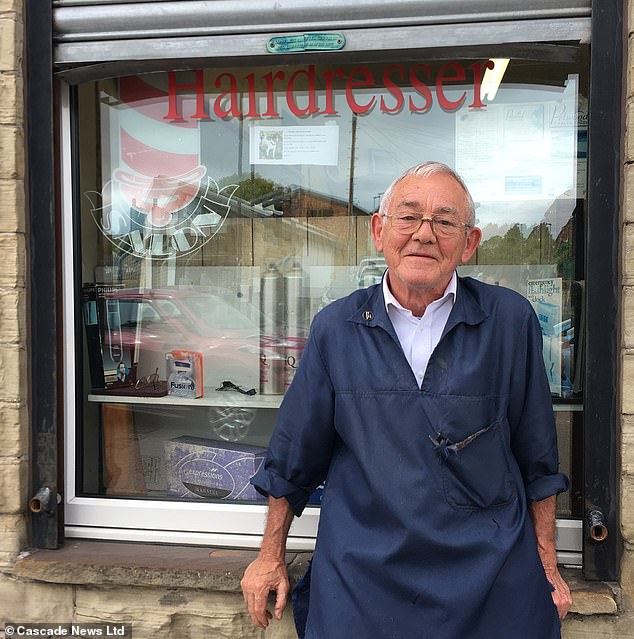 Mr Brown had also made reference to suicide ‘some years ago’ to the couple’s son Keith, attending the inquest by video from Australia.

‘His dad said to him if he couldn’t cope any more, he would go onto the moors and take an overdose of insulin,’ said DS Hall.

‘Looking at the state of mind Mr Brown would be in, we know that Pauline has been really quite unwell with dementia, she’s perhaps been difficult to live with.

‘Yet he himself has got his own medical problems, he will have been in a lot of pain.’

Mrs Brown had evidence of three types of dementia, Home Office pathologist Dr Philip Lumb told the inquest, but these had not been diagnosed.

While Dr Lumb deemed her death undetermined, coroner David Urpeth recorded her cause of death as upper airway asphyxiation after hearing other evidence.

She had petechiae around her eyes, small red marks that are a sign of asphyxiation.

DS Hall said Mrs Brown’s sister and brother-in-law found the couple after attempting to call and then arriving at the house to see two pints of milk outside the door.

There was little evidence of a struggle or assault other than minor injuries.

As the family members had to turn the house alarm off before gaining entry, there was also no sign of anyone else being involved. 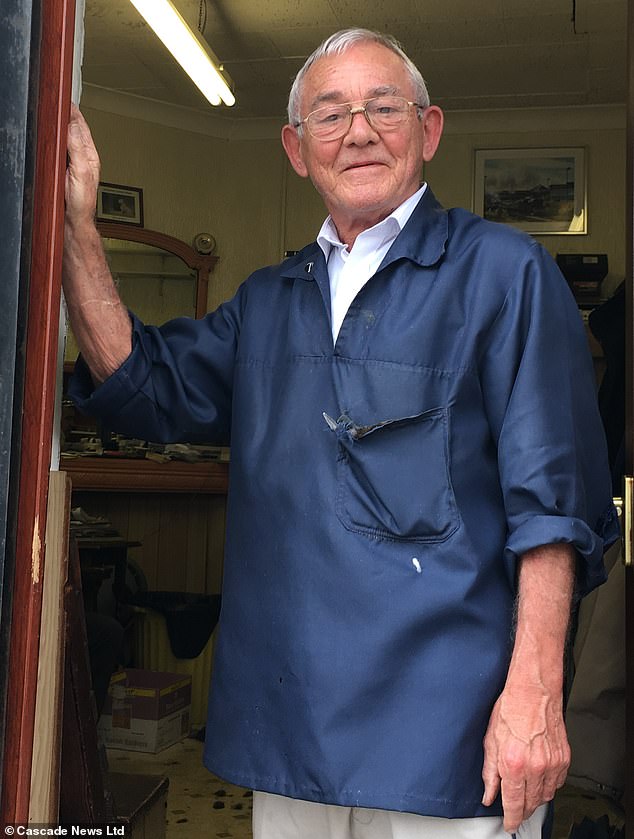 Mr Brown’s post-mortem examinations showed evidence of brain damage and insulin in his blood, suggestive of an overdose

DS Hall added: ‘Whatever took place on that evening was between Mr and Mrs Brown.’

Dr Lumb also said on the balance of probabilities Mr Brown’s cause of death was most likely insulin toxicity.

A Type I diabetic and daily injectable insulin user, it was noted his experience made it unlikely he’d use it incorrectly, although Mr Brown’s son said he had sometimes taken the wrong type of insulin and had to be kept awake and fed sugar or he ‘would die’.

Malcolm’s death was recorded by Mr Urpeth as suicide.

He said: ‘The appropriate conclusion to record in Mrs Brown’s case is unlawful killing.

‘I’m satisfied that on balance of probabilities, that having taken his wife’s life, he (Mr Brown) decided to take his own life.

‘The circumstances of Mr and Mrs Brown’s deaths are both sad and tragic.

‘I’ve heard evidence that they have had a long and happy marriage – their deaths therefore are not only a tragedy for them, but a tragedy for all those they leave behind.’