A new offence criminalising grossly offensive public conduct will be introduced to the Victorian parliament.

The proposed law was developed in response to Melbourne’s Eastern Freeway crash in April 2020 which claimed the lives of four police officers.

Porsche driver Richard Pusey pleaded guilty of charges including outraging public decency by filming the dying officers after the crash. 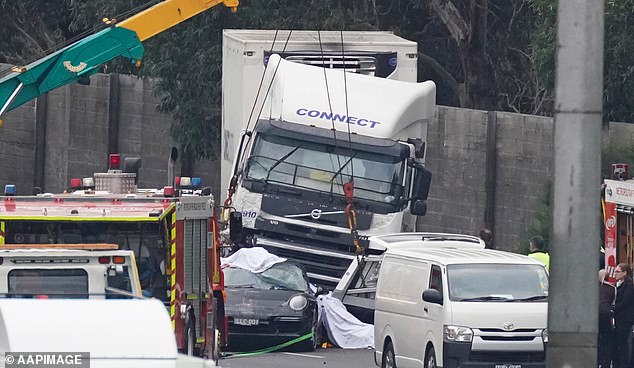 The new offence change will require the accused, or any reasonable person, to know their conduct is grossly offensive (pictured is the aftermath of the truck collision with Richard Pusey’s Porsche, where he filmed police officers dying after the crash) 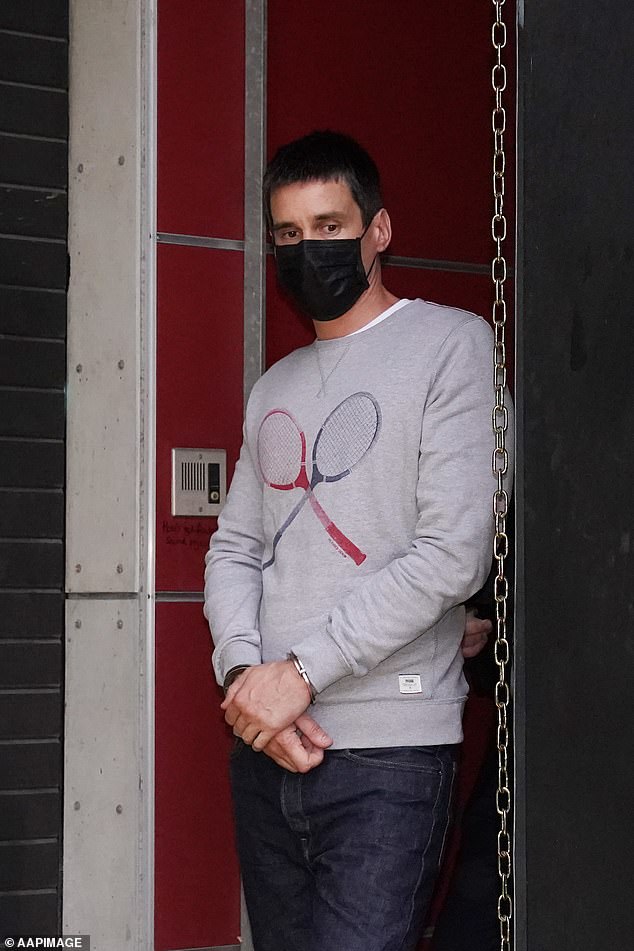 The charge of outraging public decency will be abolished and replaced with the new offence of engaging in conduct that is grossly offensive to community standards of behaviour.

The outgoing law offence in this deadly case is archaic, unclear in its scope and does not have a clear maximum penalty, the Victorian Government statement said.

The maximum penalty for the new charge will be five years’ imprisonment.

The offence will apply to conduct happening in a place where people can see or hear it publicly and will require the accused, or any reasonable person, to know their conduct is grossly offensive.

Conduct such as being intoxicated or using indecent or profane language will be excluded from the offence.

‘As times change, our laws must change with them to keep up with what Victorians expect of their justice system,’ Attorney-General Jaclyn Symes said in a statement on Wednesday.

‘While the use of this new offence will likely be small, it’s important that it’s clear and modernised.’

The amended bill, to be introduced to the Victorian parliament on Wednesday, will also defer to November 2023 the decriminalisation of public drunkenness.

This will give the government more time to trial and evaluate the health-based response, Ms Symes said 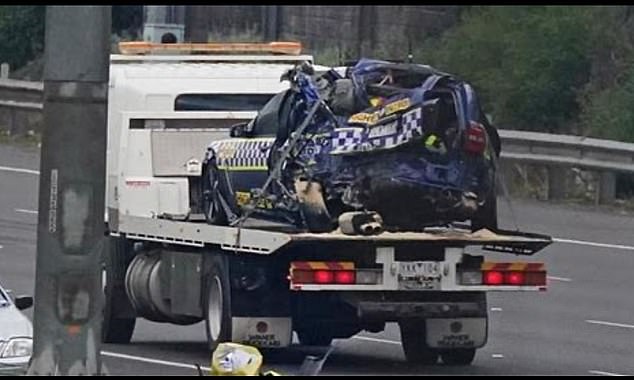 The use of the new offence is expected to be minimal, yet the change was necessary as there was no clear maximum penalty for the other one. Under the new law, offenders could face five years’ jail (pictured is a police car after the fatal truck collision in 2020) 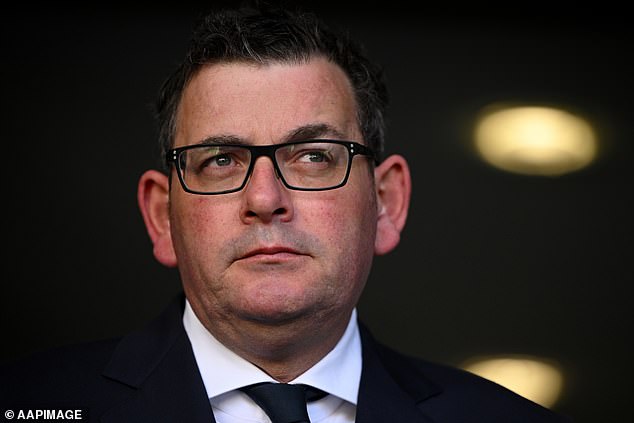 The outgoing law offence in this deadly case is archaic, unclear in its scope and does not have a clear maximum penalty, the Victorian Government statement said

ROBERT HARDMAN: Camilla’s honour is a hint she could be named Queen instead of Princess Consort