Democratic Rep. Ro Khanna said in an interview Thursday that it was a mistake for Twitter to suppress stories about Hunter Biden’s laptop.

‘I am not for having either the government, or you know, tech companies ultimately being the arbiter of truth,’ Khanna said in a Zoom interview with Joe Lonsdale for the American Optimist podcast. ‘In the book, I write about how I thought it was a mistake for Twitter to take down some of the stuff about Hunter Biden.’

In October, Twitter locked The New York Post out of its account after the newspaper shared its stories based on files found in a laptop abandoned at a computer store in Delaware by the first son. 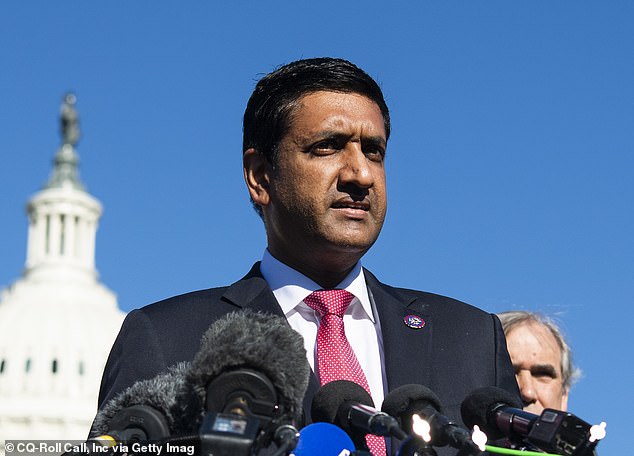 Democratic Rep. Ro Khanna said in an interview Thursday that it was a mistake for Twitter to suppress stories about Hunter Biden’s laptop. ‘I am not for having either the government, or you know, tech companies ultimately being the arbiter of truth,’ Khanna said 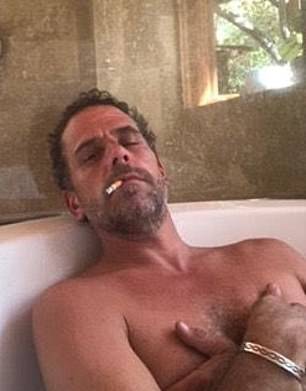 The social media company backed down after the Newscorp-owned New York City tabloid refused to remove the offending tweets.

In March, when he testified before Congress, Twitter’s then CEO Jack Dorsey said it was a ‘total mistake’ to prevent users from sharing The Post’s Hunter Biden stories.

‘It was literally just a process error. This was not against them in any particular way,’ Dorsey testified to the House Energy and Commerce Committee.

‘If we remove a violation we require people to correct it,’ he continued.

House Minority Whip Steve Scalise, a Republican from Louisiana, asked Dorsey, ‘was anyone held accountable in your censoring department for that mistake?’

‘Well, we don’t have a censoring department,’ Dorsey replied. ‘We required them to delete the tweet and then they could tweet it again. They didn’t take the action, so we corrected it for them.’

Scalise pointed out that The Washington Post, which is more politically liberal, didn’t face the same consequences when a report went out that said former President Donald Trump demanded election officials from Georgia ‘find the fraud’ in the aftermath of the 2020 election.

The Washington Post had to issue a lengthy correction saying that Trump didn’t use that phrasing.

Khanna, a California Democrat who’s forthcoming book is entitled Dignity in a Digital Age: Making Tech Work for All of Us, said he believed social media companies should ensure ‘we don’t have speech that incites violence.’

‘But I’m very wary of censorship,’ he added.

And while he didn’t support Twitter’s decision, Khanna didn’t care for The Post’s Hunter Biden story either.

‘I think that story was total hogwash,’ the congressman said. ‘I think Joe Biden was unfairly attacked because of his son, but that doesn’t mean that it didn’t belong in the public sphere.’

MICAH RICHARDS: Newcastle have ripped the heart out of Burnley by signing Chris Wood

Chicago dad, 33, dies after being shot four times while protecting his seven-year-old daughter