Rudy Giuliani’s ex-wife claims he wrote her a $10,000 check that was ‘returned due to insufficient funds’ in a lawsuit alleging he owes her $262,000.

Judith Giuliani, in a suit filed Tuesday in the New York Supreme Court, claims Rudy has been ‘inconsistent and sporadic’ with the payments he was required to give her per their divorce agreement.

Judith’s lawyers have threatened that the former New York City mayor could face ‘immediate arrest or imprisonment’ for being in contempt of court.

The legal battle comes as Rudy was ordered to testify before a Georgia special grand jury probing the former President Donald Trump’s alleged attempts to overturn the 2020 election results.

Rudy’s law license was suspended in both New York and Washington DC as he faces ethics charges over his false election claims. He was also sued by Dominion Voting Systems for $1.3 billion after claiming their voting machines were rigged. 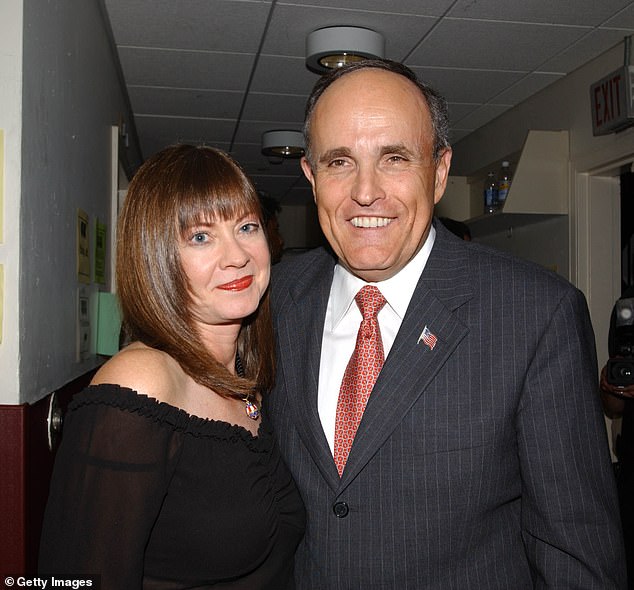 Judith Giuliani is suing her ex-husband, former NYC Mayor Rudy Giuliani, for allegedly withholding funds she was entitled to per the terms of their divorce. She is requesting $262K

Judith is demanding Rudy pay up the $262,000 he allegedly owes her ‘immediately’ and with interest, according to the court filing which was reviewed by Page Six.

She has accused her former husband of owing her $140,000 for expenses related to their luxury Palm Beach, Florida condo.

Judith claims Rudy was ‘required to pay me $200,000 regardless of whether or not the property has been sold.’ She claims he has only given her $60,000 of the required amount.

The former mayor is also required to pay Judith $5,000 monthly to provide her with a housekeeper or assistant.

However, she claimed Rudy has ‘made inconsistent and sporadic payments to me’ since last summer and now owes $45,000 in back pay for the help. 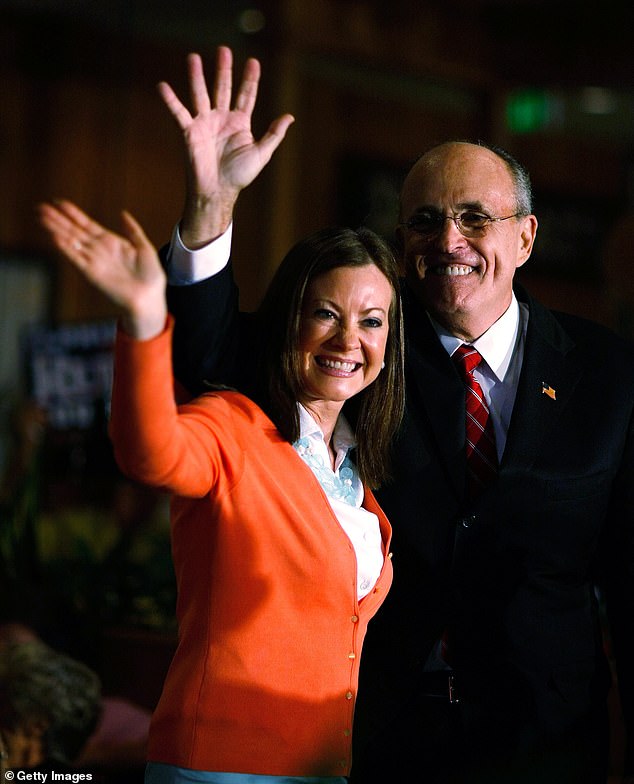 Judith alleged Rudy has been ‘inconsistent and sporadic’ with the payments he was making to her, noting that in June 2021 he wrote her a $10,000 check that was ‘returned due to insufficient funds. The couple are pictured in Palm Beach in January 2008 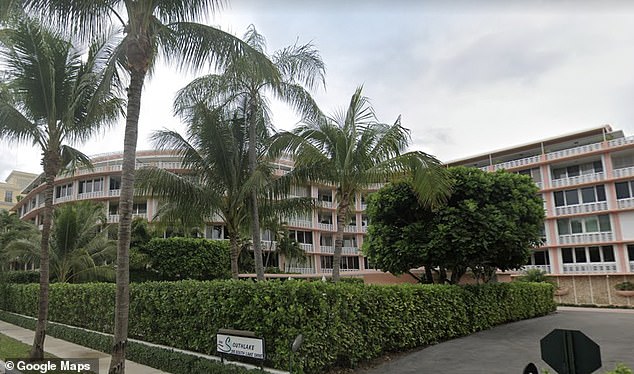 Judith has accused her former husband of owing her $140,000 for expenses related to their Palm Beach condo (pictured). The couple had listed the luxury property for $3.3 million in 2019, but it failed to sell

The suit also noted that their divorce agreement requires both of them to front their own country club fees and Rudy has allegedly ‘failed to pay his half of the annual club membership dues.’

‘I had no choice but to pay his share of the dues,’ Judith said of the $70,000 she allegedly paid on Rudy’s behalf. ‘In order to remain in good standing with the clubs.’

Her attorney claims Rudy is in contempt of court for failing to pay his ex-wife and say he could be jailed if the situation isn’t rectified.

‘Your failure to appear in court may result in immediate arrest or imprisonment for contempt of court,’ the filing stated.

‘She was involved in a protracted, high conflict divorce with Rudy. Judith was the one who initiated the settlement. She reached out to him without the lawyers and they met privately,’ her lawyer Dror Bikel told the outlet.

‘Judith wanted to do it on her own. She met with Rudy, he wrote the terms on a napkin. Later, the next day, they were in court settling.’ 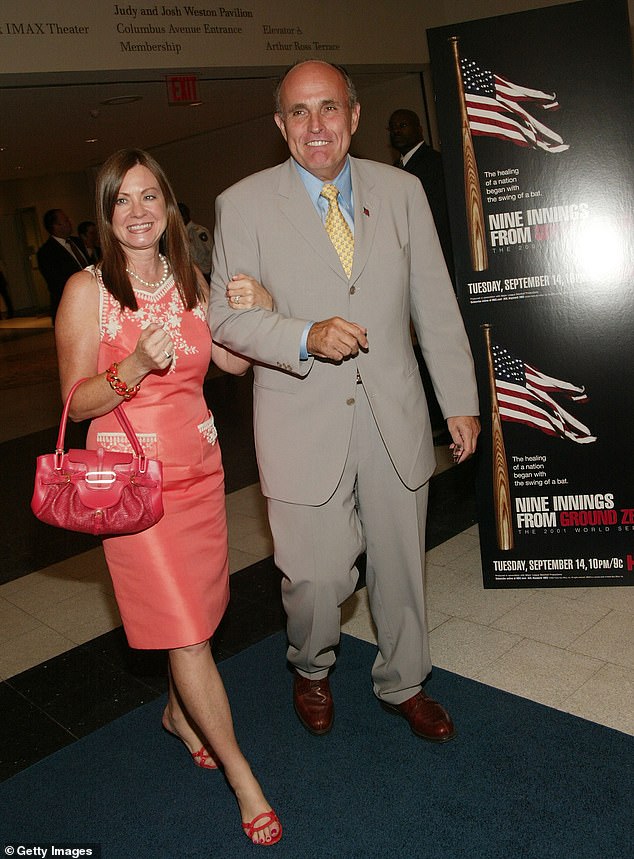 Rudy and Judith Giuliani are pictured at a special screening of HBO Sports’ Nine Innings From Ground Zero on August 11, 2004 at the American Museum of Natural History in NYC

Despite his recent legal troubles, Judith is ‘confident’ that Rudy can afford to pay her the requested.

‘He owns multiple properties in New York City and Palm Beach [and it seems] he has significant earnings from his media-related contracts and deals,’ he has claimed.

The pair had a contentious divorce in April 2018 after 15 years of marriage. They sparred over their combined fortune which was an estimated $30 million.

During the divorce, Judith’s lawyers accused Rudy of working as trump’s lawyer free of charge in an effort to lower his income and decrease his then $42,000 monthly alimony payments.

Judith also accused Rudy of stealing her heirloom Christmas decoration collections. He accused her of swiping the TV remotes and cable box so he couldn’t watch television.

Their divorce was finalized in December 2019, but details of the agreement were not made public. Judith was awarded the couple’s Hamptons house which she later sold for $5 million.

Her attorney said that currently, ‘Judith is doing great.’

‘She has been in a relationship for three years. She is happy. Everything is going really well in her life,’ Bikel explained. 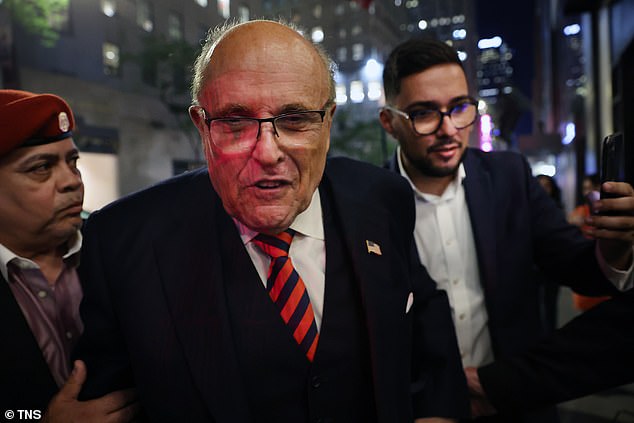 Meanwhile, Rudy has been called to testify in front of a grand jury that is probing Trump’s alleged attempts to overturn the 2020 election results.

‘It is hereby ordered that Rudolph William Louis Giuliani appear and testify’ before the grand jury in the state Superior Court of Georgia in Fulton County beginning on Aug. 9, the order filed on July 20 said after Rudy, who tried to block the subpoena, failed to appear at a hearing in New York.

The probe was launched after Trump was recorded in a January 2, 2021, phone call pressuring Georgia’s secretary of state to overturn the state’s election results based on unfounded claims of voter fraud.

Rudy spearheaded legal efforts by Trump to overturn the electoral results in multiple swing states, including Georgia, that were won by President Joe Biden.

In the call, Trump urged Secretary of State Brad Raffensperger, a fellow Republican, to ‘find’ enough votes to overturn his Georgia loss to Democrat Biden.

Trump has denied wrongdoing in the phone call. 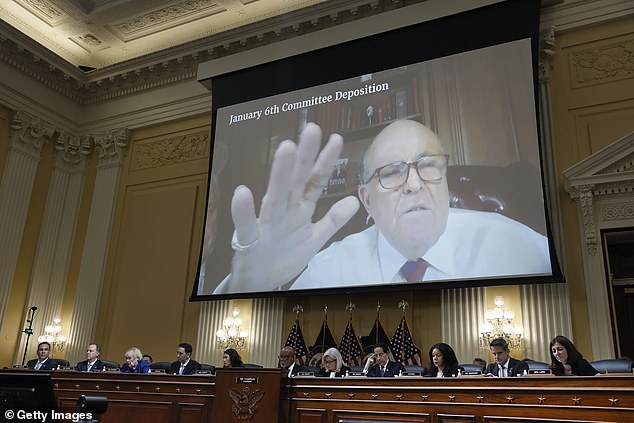 Rudy Giuliani appears on a video screen during videotaped testimony above members of the Select Committee to Investigate the January 6th Attack on the U.S. Capitol on July 12 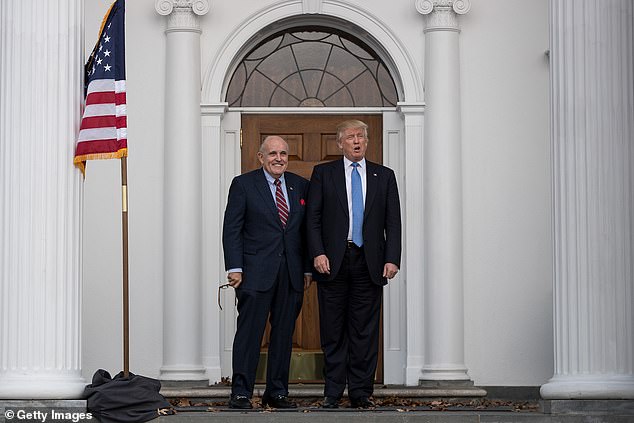 Earlier this week, Rudy accused Fox News of ‘feeding into the anti-Trump propaganda’ and claims they are supporting the January 6 Committee ‘liars’ over the Trump ‘truth-tellers.’

‘I don’t get how they’re buying into the Jan. 6 committee fraud — I mean, completely fraudulent committee,’ Rudy told Newsmax on Saturday.

‘They’re also the ones who were who said that the hard drive was from Russian agents. The hard drive, you know, was censored. I said it was legitimate. They were lying about that, and we were telling the truth.

US allowed monkeypox vaccine stockpile to dwindle 99.99% from 20million to 2,400 doses

Anti-vax louts lob bottles at police during clash outside Parliament