The distraught parents of dead model and businessman Ryan Channing have vowed to get to the bottom of his sudden death in Bali as they emerged to hold a memorial dinner at a restaurant near where he died.

Channing, 32, the former lover of Olympic legend Ian Thorpe, died while holidaying with his family on the tourist island on Sunday night.

Just hours before bravely joining his friends at a Kuta restaurant on Wednesday night, his mother Joy Channing posted a moving tribute where she promised to ‘seek answers and come to terms with the heartbreaking loss’.

‘Ryan lived life to the fullest,’ Mrs Channing said. ‘Constantly surrounded by excitement and creativity, with an undeniable drive to seek perfection in everything.

‘To be part of Ryan’s world, and to be swept up in his adventures and triumphs was a privilege for all of us,’ she said.

‘We will need time to comprehend how we will navigate the rest of our lives without his physical presence around us’. 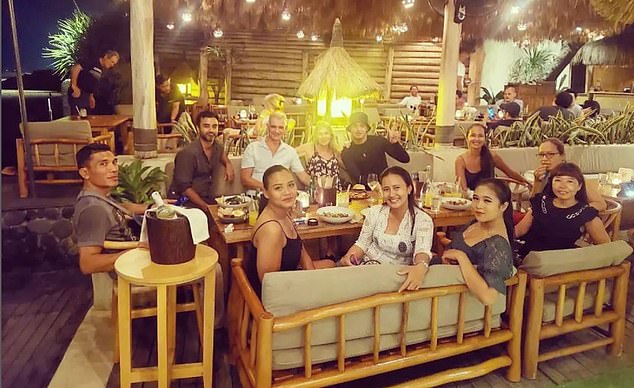 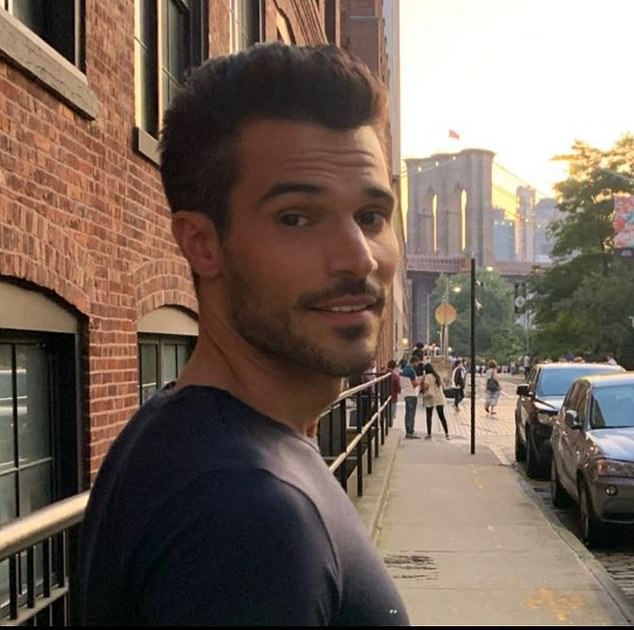 Channing travelled to Bali two weeks ago and met up with his parents who were already holidaying there. His sister Charis is was also there Channing’s mother Joy said they’re still trying to ‘seek answers and come to terms with the heartbreaking loss’. Pictured: Channing with his family

Mrs Channing and her husband Steve were pictured at Mano Beach House surrounded by eight close friends for a dinner in their son’s honour.

Channing travelled to Bali two weeks ago and met up with his parents who were already holidaying there. His sister Charis is was also there.

He often split his time between Bali, Australia and the United States for business purposes and recently adopted a dog while overseas with his partner, Leevon Baptiste.

It’s understood Channing had a financial interest in the resort he and his family stayed at, the Tagoo Luxury Villas.

The villa manager helped to plan Wednesday’s memorial dinner with his family.

Channing lived a jet-set lifestyle and ‘sought perfection’ in every aspect of his life.

His family say ‘Ryan’s radiant star cannot be extinguished by his sudden departure from our world’ and hope he’ll be’ quietly sharing in our adventures and triumphs forevermore’. 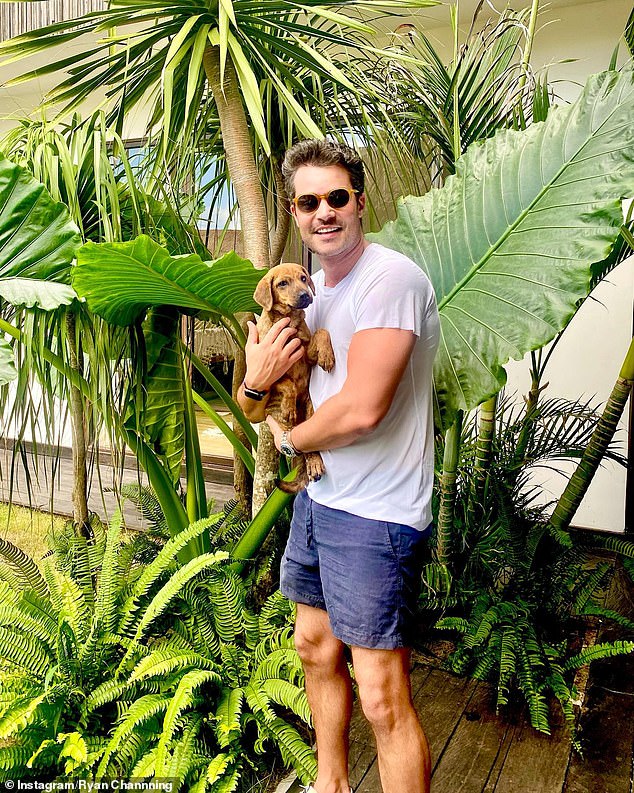 Channing (pictured) was understood to have had a financial stake in Tagoo Luxury Villas in Bali and frequently travelled there. He adopted this puppy with his partner while on the island

‘My thoughts are with them and I hope their privacy is respected. It’s a difficult time.’

Just eight weeks ago he was in hospital fighting Covid-19.

Channing was the first long term boyfriend of former Olympic swimming champion Thorpe after coming out as gay. 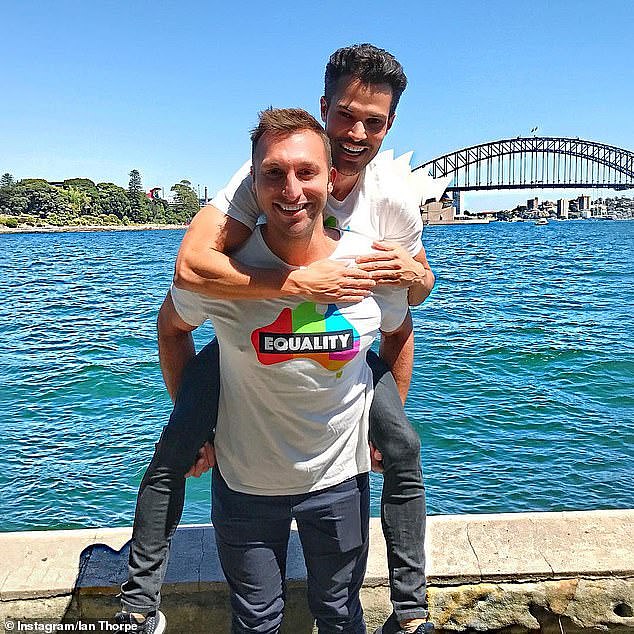 The pair were in an on-again, off-again relationship for four years until they split for good in 2019.

Last July Channing revealed he was filming a pilot for a new reality show on Netflix in Los Angeles, called The Skintrepreneurs, which would follow his business pursuits.

Prior to becoming a businessman, Channing travelled the world working as a model in New York, Paris and Milan before going to university to study commerce, marketing, intellectual property and international law.

He said his time in the modelling industry gave him an insight into the beauty industry and what consumers want in a product.

Channing founded his skincare business in 2018, aiming to provide gender-neutral products that were all Australian-made and natural.