Former Health Secretary Sajid Javid has thrown his backing behind Liz Truss in the race to be next leader of the Conservative Party.

Javid’s endorsement of Truss over his friend Rishi Sunak may come as a blow to Sunak’s camp, as Javid was widely regarded a mentor to the former chancellor in his early political career.

In a column for the Times, Javid insisted Truss had a ‘willingness’ to challenge the status-quo.

He also warned against Sunak’s fiscal plans would push Britain ‘into a high-tax-low-growth’ economy.

Javid said: ‘Over the long term we are more likely to be fiscally sustainable by improving trend growth. 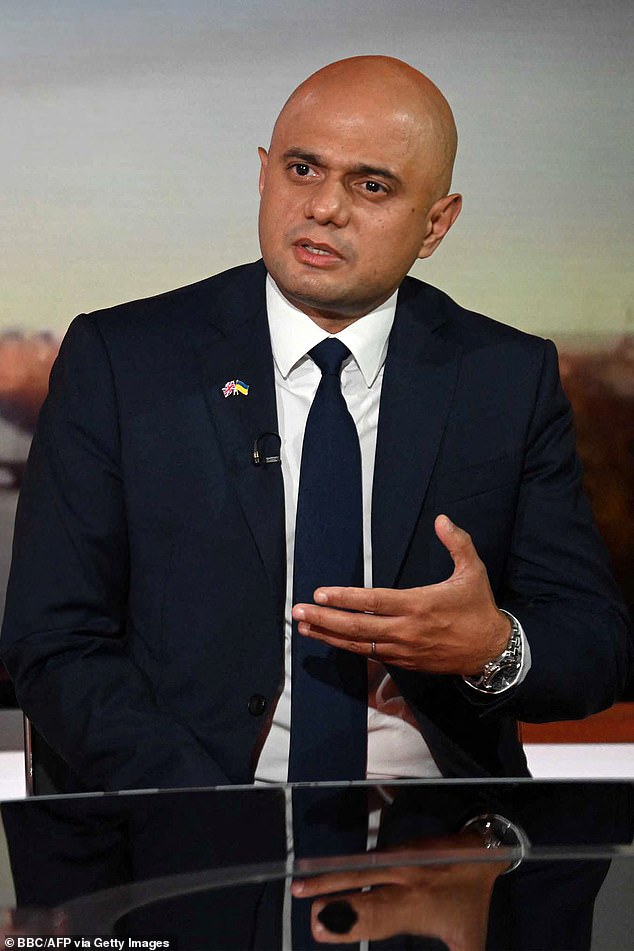 ‘Only by getting growth back to pre-financial crisis levels can we hope to support the high-quality public services people rightly expect. Some claim that tax cuts can only come once we have growth.

‘I believe the exact opposite – tax cuts are a prerequisite for growth. Of course we need more than that, especially significant supply side reform, but tax cuts now are essential.

‘There are no risk-free options in government. However, in my view, not cutting taxes carries an even greater risk.’

The Foreign Secretary won a 34-percentage point lead over Mr Sunak in a YouGov poll of party members, before a survey for the ConservativeHome website put her 32 ahead.

Mr Javid, whose resignation as health secretary minutes before Mr Sunak’s as chancellor triggered the cascade that forced Boris Johnson to quit as Tory leader, then threw his support behind the frontrunner.

Hunt for arsonist who set up to 40 cars ablaze near Bristol, including car park at Rolls Royce plant