Prime Minister Scott Morrison is seeking to neutralise Labor’s attack on his character, admitting he can ‘be a bit of a bulldozer’ and needs to change.

Addressing the media at a manufacturing site in inner-Melbourne, Mr Morrison agreed he hadn’t got everything right but went further, saying he’d change aspects of his prime ministership if re-elected.

‘What Australians have needed from me going through this pandemic has been strength and resilience. Now, I admit that hasn’t enabled Australians to see a lot of other gears in the way I work,’ he said on Friday.

‘I know Australians know that I can be a bit of a bulldozer when it comes to issues. I know there are things that are going to have to change with the way I do things because we are moving into a different time.’

Mr Morrison’s preferred prime minister status peaked in February 2021 at 61 per cent and is now at 44 per cent, according to Newspoll. 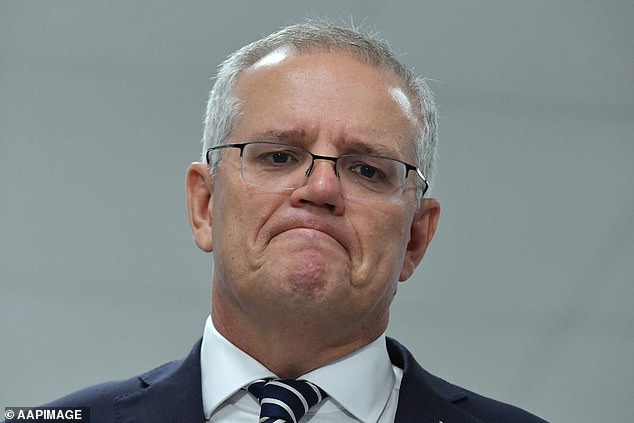 ‘I know Australians know that I can be a bit of a bulldozer when it comes to issues,’ PM Scott Morrison admitted on Friday. ‘I know there are things that are going to have to change with the way I do things because we are moving into a different time’

He has been avoiding inner-Melbourne and inner-Sydney seats held by moderate Liberals facing challenges from strong, climate-focused, pro-integrity independents where he’s personally unpopular.

Focus groups have revealed part of his unpopularity stems from his refusal to take responsibility, always going on the attack and three more years would result in ‘more of the same’.

Coalition members have continually run the line that the election isn’t a ‘popularity contest’.

‘This is actually a contest around whose best place to be able to manage the economy to make sure it’s strong,’ campaign spokeswoman Anne Ruston told the ABC on Friday when asked about Mr Morrison’s popularity.

‘(It’s) a very choice between a very strong prime minister with a very strong plan. … as opposed to (Anthony Albanese) who clearly doesn’t understand the policies that have been put out there by his own party.’ 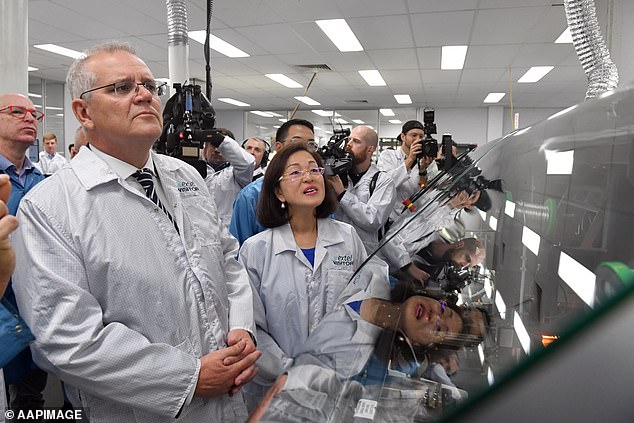 Labor continues to argue Mr Morrison is someone who doesn’t accept responsibility and always seeks to blame others.

‘This is one of the most important choices Australians have faced in many years,’ she said.

‘Between a leader, Anthony Albanese – who’s prepared to turn up take responsibility, show leadership, who’s got a plan for the future – and Scott Morrison who has only ever got excuses.’ 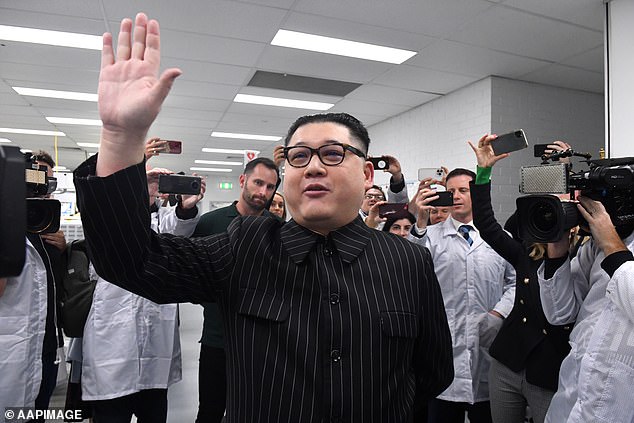 The prime minister was in Melbourne on Friday promising to secure modern manufacturing and supply chains in Australia.

It includes $15 million for a monitoring support mechanism to help predict future shocks to the system.

The CSIRO will be funded $4 million to enhance its transport network tool, which models domestic supply chains in Australia.

In addition, a $53 million investment will go towards building an animal health vaccine research and manufacturing facility.

Mr Albanese is in Cairns, in the seat of Leichhardt, to announce extra funding to save the Great Barrier Reef.

‘Scott Morrison has today said he’s a bulldozer. That is, a bulldozer wrecks things. A bulldozer knocks things over,’ Mr Albanese said.

‘I’m a builder, that’s what I am. If I’m elected prime minister, I will build things in this country.

‘I find it quite extraordinary. This Government had been there for almost a decade, this Prime Minister has four years in office, and what he’s saying is, ‘If you vote for Scott Morrison, I’ll change.’

‘Well, if you want change, change the government…  Because we can’t just have three more years of the same.’

The election will be held on May 21.