Police have launched a desperate hunt for a young teenage girl who has been missing since Sunday night.

The 13-year-old is described as white with a slim build – wearing a West Ham top and coat. 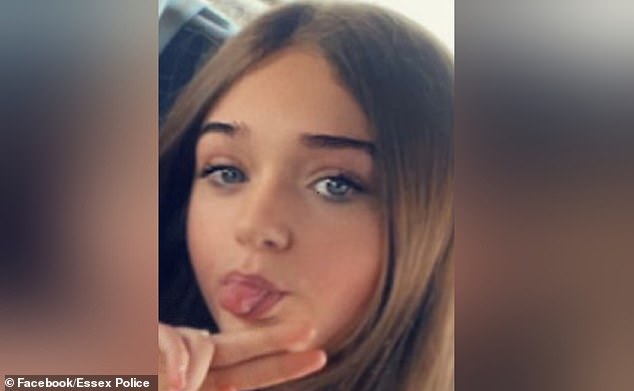 Ruby Salt, 13, (pictured) was last seen on Sunday as police launched a desperate search for her. She was last seen wearing wearing pyjama bottoms and Nike trainers in Maldon, Essex

She has ‘very long’ blonde highlighted hair, according to the police.

The public is being urged to call the police if they spot Ruby – as she’s been missing for nearly 48 hours.

Essex Police said in a statement: ‘Can you help us find Ruby Salt, 13, missing overnight from Maldon?