A student has been hit with a $4,400 fine for holding parties over three consecutive nights in a NSW town flouting Covid regulations, causing the virus to spread and plunging the Hunter region into lockdown.

Nathan Koko, 22, who later tested positive to Covid, pleaded guilty in the Newcastle Local Court on Thursday to breaching public health orders after holding the parties at his student accommodation in the Newcastle suburb of Shortland from July 28-30 last year.

Magistrate Michael Antrum described Koko’s actions as disgraceful, saying he had shown a selfish disregard for the law and the health of the community.

‘This is one of the worst Covid breaches I’ve seen. You’ve put people at risk.’ 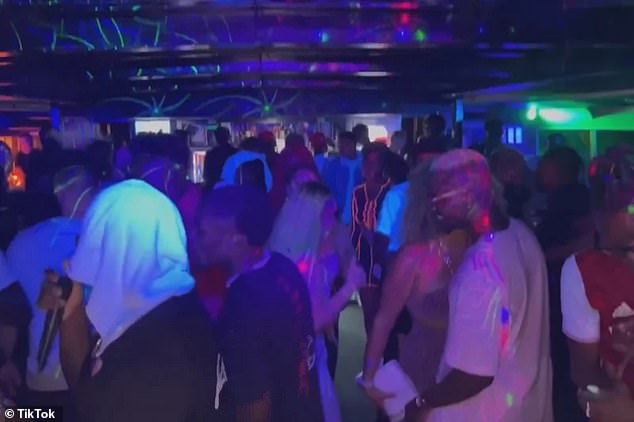 A 22-year-old man has been fined $4,400 for holding parties over three nights in blatant disregard for Covid safety precautions (stock image)

The magistrate said everyone in the community knew about the public health orders in place to try to limit the spread of the virus.

He said senior citizens were living in fear of catching the virus, ending up on a ventilator and dying but Koko ignored warnings from health authorities and went ahead with hosting a series of parties.

Koko, who arrived in Australia as a refugee with his family from Sudan in 2004, claimed he was remorseful and regretted holding the parties.

He said his actions had brought significant shame on him and his family.

His Legal Aid defence lawyer told the court Koko believed at the time that ‘young people are invincible’ and he never intended to facilitate the virus spreading through the community.

Residents in Greater Sydney, Blue Mountains, Central Coast and Wollongong had been in lockdown since June 26 last year as health authorities desperately tried to contain the spread of COVID-19.

But the Hunter region at the time Koko hosted the parties had yet to be locked down with a number of restrictions put in place instead, including a five person limit on the number of visitors to a household and a mask mandate.

The police statement of facts tendered to the court said: ‘The conduct of the accused shows a blatant disregard and has seriously jeopardised the health and safety of communities within NSW and aggravated the spreading of COVID-19, having a significant impact on citizens, businesses and education providers. 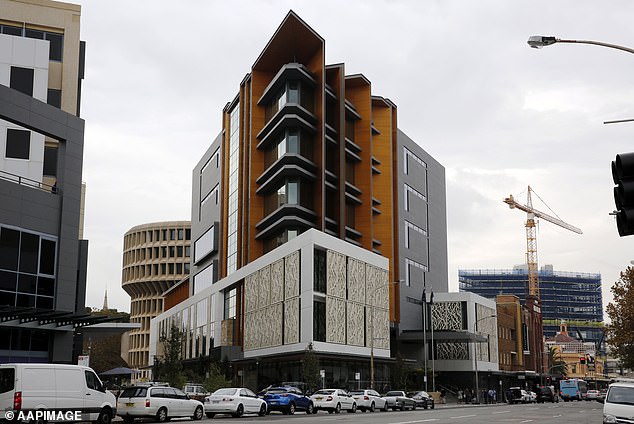 ‘The accused’s attitude toward investigating police was recalcitrant.

‘There are a significant number of persons infected within the Hunter region with direct links to gatherings held by the accused person.

‘There is no other reasonable hypothesis other than their exposure and infection being the direct result of the repeated gatherings held by the accused.’

The Hunter, with a population of more than 650,000, was eventually forced into lockdown on August 5.

Both women, who tested positive to Covid-19, spent days shopping and partying in Newcastle in late July last year.