Stag fight! Biker grapples with wild deer after it attacks his motorcycle with its antlers in China

This is the moment a man faced-off with a deer as it repeatedly tried to attack him and his motorcycle in southern China.

The biker struggles against the wild deer’s antlers as the fight escalates and continues onto the main road.

The belligerent animal refused to leave until a passersby threw stones to drive it away. Neither the creature or motorcyclist were injured.

In a clip of the dramatic confrontation filmed in Garzê Tibetan Autonomous Prefecture in Sichuan Province, the deer walks up to the biker and attacks.

The man can be heard shouting as he tries to push back against the antlers.

At first the deer walks away, directing its prongs at another scared motorcyclist, but returns back to his original target for round two as onlookers observe.

The motorcycle falls over in the struggle and the crazed animal tries to force his antlers into the man before the two spring away from one another. 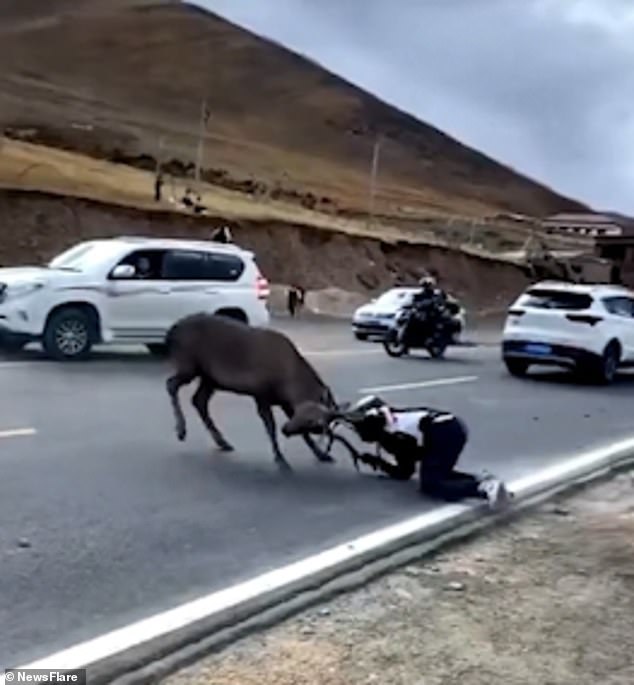 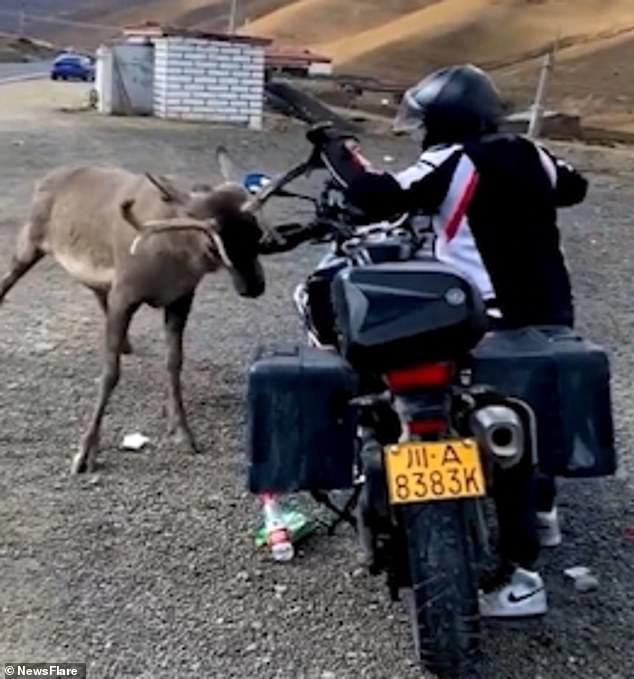 Their struggle continues away from the motorcycle. as he man tries to hold off the deer’s pronged attacks while crawling on his knees.

As the battle goes on, another man tries to assist by hoping to prop up the man’s motorcycle but struggles to do so. 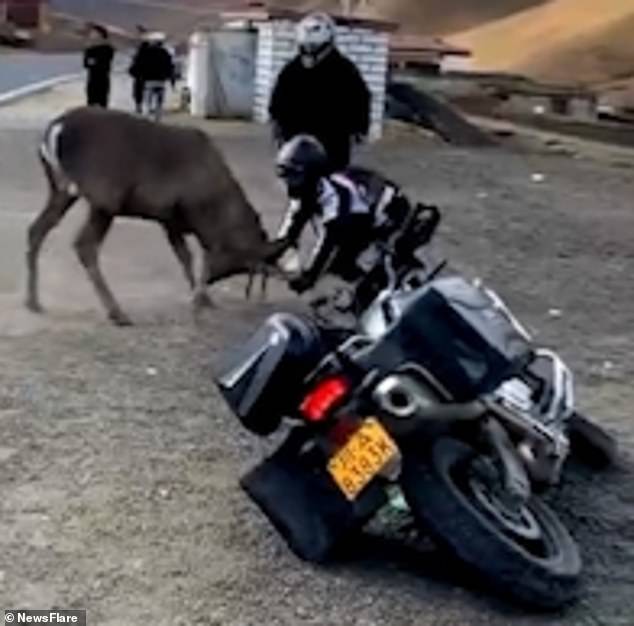 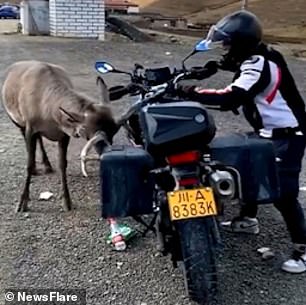 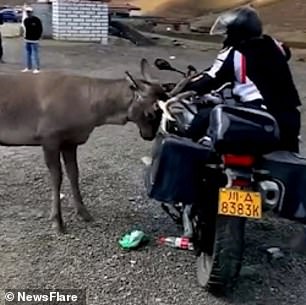 Another biker can be seen driving off as the deer and man continue their wrestle for dominance on the main road. A car drives off as well.

It is possible the deer’s behaviour is a result of the rutting season.

Most types of deer begin their rut, or mating season, in autumn. 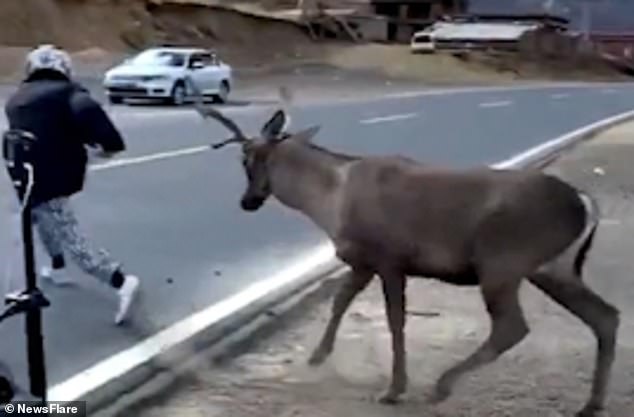 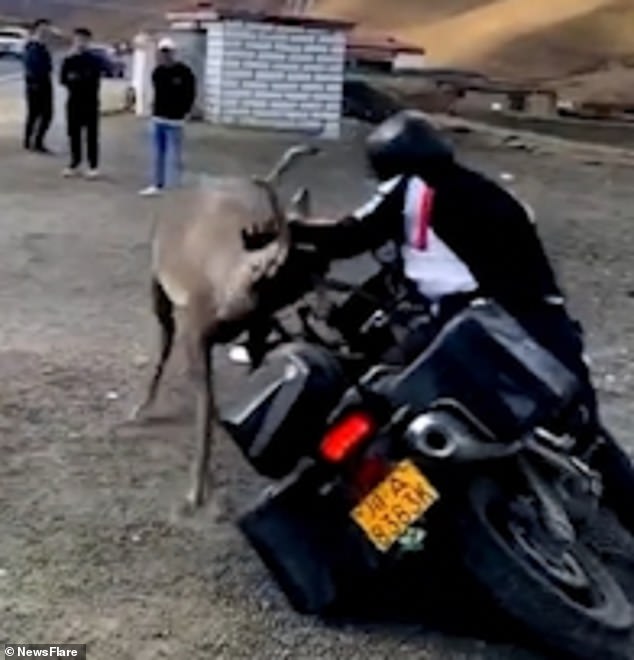 Male deer, full of testosterone, will be very aggressive and are known to get into fights with their competitors for mates, antlers locked.

Last year in London a wild deer slammed into the side of a car after fleeing a fight with a competing stag.

The pair of rutting deer had got a little bit carried away when they locked antlers for a showdown in Richmond Park.

A video captured by a walker showed the more powerful male lands a series of blows to his weaker opponent, who is forced to retreat further backwards.

Sensing defeat, the deer decides to flee, but he runs straight into the road and smashes into the side of a car. 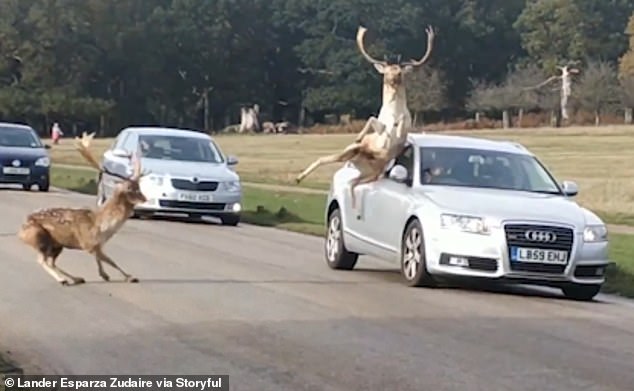 Newcastle: Drum washes up on beach hours after another was pulled from the ocean in Sydney’s Coogee