Had Jeremy Corbyn won the 2019 election, the Russian flag would probably already be flying over Kyiv, and President Volodymyr Zelensky would be mouldering in one of Putin’s dismal prisons.

If he were Prime Minister the former Labour leader would never have taken the lead in training the Ukrainian army and supplying military equipment, as Boris Johnson and the British Government have done since before the Russian invasion in February.

This much is clear from an interview which Corbyn gave on Tuesday to a Lebanese television station that is supportive of the pro-Russian Assad regime in Syria and the Iranian-supported terrorist group Hezbollah. Just the sort of broadcaster the grizzled old rascal is apt to favour.

Corbyn said that the West should stop sending weapons to Ukraine. ‘Pouring arms’ into the country would only ‘prolong and exaggerate’ the war against the Russian invaders, he declared. 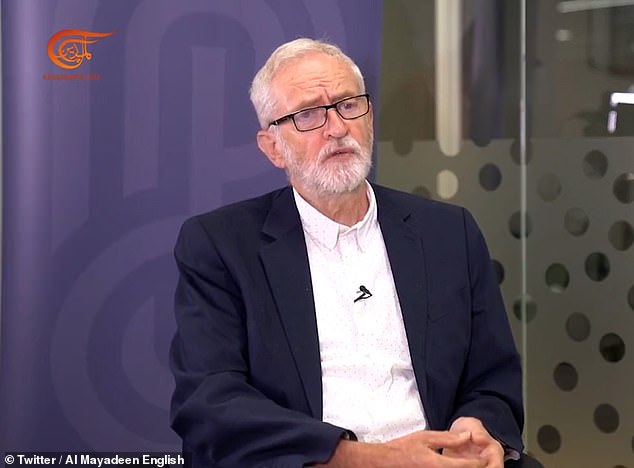 Had Jeremy Corbyn won the 2019 election, the Russian flag would probably already be flying over Kyiv, and President Volodymyr Zelensky would be mouldering in one of Putin’s dismal prisons, writes Stephen Glover

That would be a virtual death sentence for Ukraine. For without continuing supplies of Western military equipment, its government would almost certainly be forced to capitulate in the face of Russia’s significantly greater resources.

Britain, it should be remembered, has sent more weapons to help President Zelensky than any other country except the United States. According to the Kiel Institute, the UK has supplied much more military aid — over £2.3 billion at the latest count — than France and Germany combined.

Not for the first time — and not for one reason alone — should we give thanks that Jeremy Corbyn was sent packing by voters nearly three years ago. If he had been in No 10, Vladimir Putin might not only be occupying the whole of Ukraine but also menacing Eastern Europe.

I’m pretty certain, incidentally, that a Corbyn government would have made a pig’s ear of the pandemic — which isn’t to say it went smoothly under the Tories. I very much doubt that, with Jeremy’s trembling hand on the helm, we would have had a vaccine roll-out before the EU got its act together. We’d probably still be mired in lockdown. 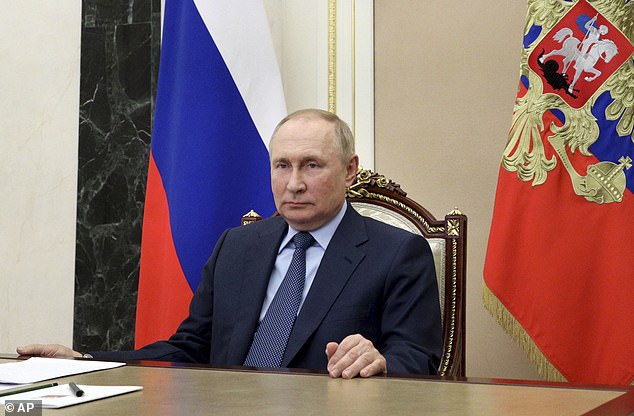 However — and this is the nugget — if Jeremy Corbyn is saying that Ukraine can never win this war, and that its government must therefore think in terms of an eventual settlement with Putin’s Russia — well, in that case he is absolutely correct

But let me return to Ukraine. Here I should warn readers of a nervous disposition to take a deep breath, and maybe get hold of a wet flannel to apply to brows which may very shortly be fevered.

Much as it pains me to say so, there is a nugget of sense in what the old Marxist says. You have to dig deep for it, to be sure, burrowing your way through a load of anti-Western nonsense and pro-Russian sympathies and soggy thinking. But, buried deep down, a nugget there most certainly is.

Corbyn is wrong to imply that Britain should never have led the way by sending weapons to Ukraine. And, for the reasons I have mentioned, he is equally wrong to suggest that we should suddenly pull the plug.

However — and this is the nugget — if Jeremy Corbyn is saying that Ukraine can never win this war, and that its government must therefore think in terms of an eventual settlement with Putin’s Russia — well, in that case he is absolutely correct.

Numerous armchair generals, and several panjandrums of the British State, tell us from time to time that Russian forces have suffered continual setbacks. They are partly right. Putin’s encirclement of Kyiv was a fiasco.

It remains the case that Russia has increased its hold over much of the Donbas in eastern Ukraine and captured a sizeable slice of the southern part of the country. Nor does there appear to be the remotest possibility of its forces being driven out of the Crimea, which it seized in 2014. 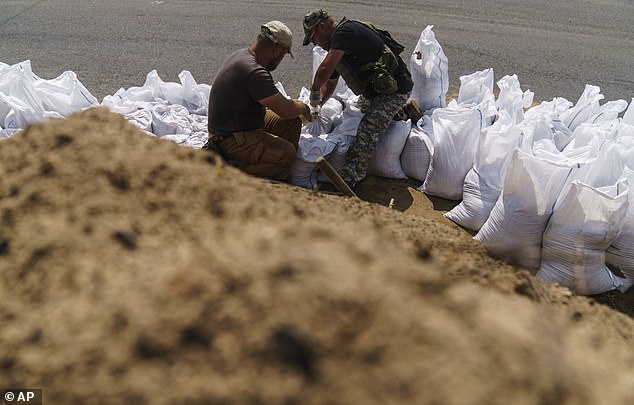 In June, President Zelensky said Russia had occupied some 20 per cent of Ukraine. In British terms, that is tantamount to the loss of the whole of Wales and of East Anglia, plus the entire area of God’s own county of Yorkshire, while throwing in neighbouring Lancashire by way of a bonus. Quite a chunk.

Ukrainian forces have made tiny advances in recent days around the Russian-occupied city of Kherson in the southern part of the country. I make no claims to be an armchair general, but the agonisingly slow progress doesn’t augur well for the retaking of other cities occupied by Russian forces.

Perhaps I am wrong. Perhaps the brave Ukrainians — and, my goodness, they are brave — will recapture Mariupol and Melitopol, both in the south, before making inroads into lost territory in the Donbas. But somehow I doubt it.

There is, of course, no disputing that the Russians have often behaved like barbarians — with their indiscriminate use of missiles, their wanton killing of thousands of civilians, their rape of women and casual murder, and their countless cruelties on the battlefield. Mother Russia will bear the shame for generations.

To ask the Ukrainians to make peace with such savages is not an easy thing. In fact, western politicians hardly have a right to do so, in view of the brutal and pitiless onslaught mounted by Putin’s uncivilised forces on innocent people. 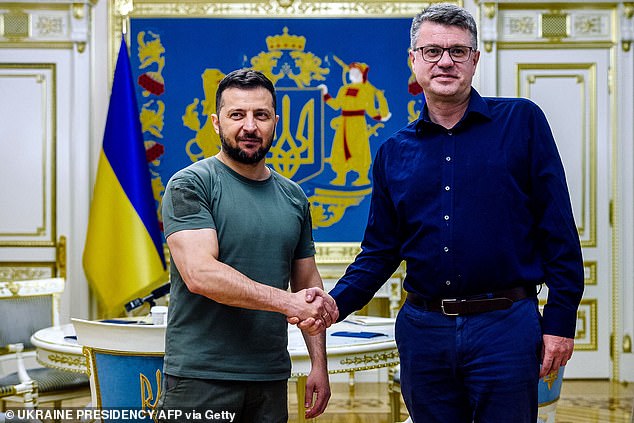 President Zelensky has proved himself a natural conciliator, both before the invasion (when he engaged in talks with the Russians over the Donbas) and in agreeing to intermittent though unproductive negotiations since then

But if land seized by Putin can’t be recovered by Ukraine, then sooner or later its leaders will have to sit down with their Russian counterparts and negotiate a peace.

The Russians will presumably only do so when, or if, they realise that they can’t make further advances without enduring unacceptable losses.

Is such a settlement possible? On the Ukrainian side, it would seem so. President Zelensky has proved himself a natural conciliator, both before the invasion (when he engaged in talks with the Russians over the Donbas) and in agreeing to intermittent though unproductive negotiations since then.

Yet at the same time he speaks the language of war. Two months ago, he stated that ‘victory must be achieved on the battlefield’, while also insisting that he was open to peace talks despite atrocities committed by Russian troops during their assault. Any war should be ended at the negotiating table, he said.

And so it must be. What troubles me about Liz Truss’s approach — I am assuming that in a month’s time she will be our Prime Minister — is that it usually seems to be, to borrow from Churchill, all ‘war, war’, and no ‘jaw, jaw’. 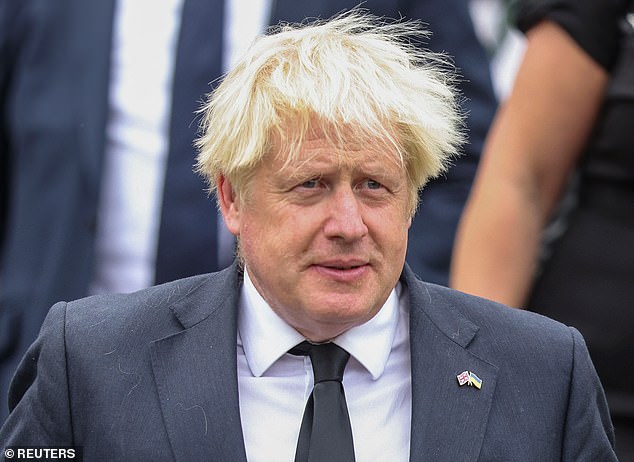 She appears almost entirely bellicose in her statements about Ukraine — more so even than Boris Johnson. If only she could turn her thoughts a little more to the kind of peace that will have to be negotiated.

Needless to say, I accept that when a treaty is signed Russia will continue to pose a threat to Europe, and probably to Ukraine. Things can’t return to what they were before the invasion. Russia is our enemy now, and will continue to be for the foreseeable future.

All the same, Ukraine needs peace — and so, of course, does Europe. This is not the language of appeasement or defeatism, but of realism. We will have to co-exist with the Russian bear since it is certain that we can’t extirpate it.

Jeremy Corbyn’s misguided policy of cutting off the supply of weapons would put Ukraine under the subjugation of Russia. But perhaps the muddled old Marxist has glimpsed the undoubted truth that fighting blindly on for a victory that can never come would be equally disastrous.