Suspected road rage attack leaves a man, 40, in a serious condition after he was brutally dragged from his car and stabbed

A man, 40, is in a ‘serious condition’ after he was dragged from his car and brutally stabbed in a suspected road rage attack.

The victim is believed to have suffered multiple stab wounds in the attack in Cambridge Gardens, Sydney.

He was later rushed to hospital where doctors said he suffered a collapsed lung.

The man is in a serious but stable condition in hospital. 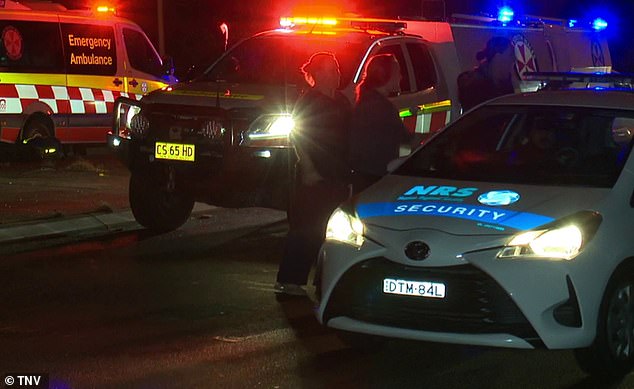 The man, 40, was dragged out of his car and stabbed several times in Cambridge Gardens, Sydney 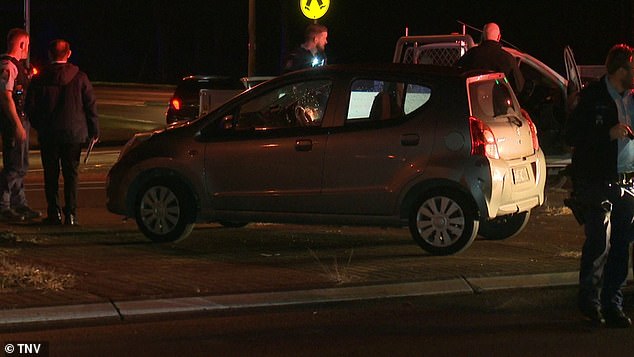 Emergency services at the scene after the stabbing. The victim is in a serious but stable condition

A 28-year-old man was arrested nearby following the attack, which caused rush hour traffic chaos on Tuesday evening.

He is being questioned at St Marys Police Station by officers.

The police are yet to release a statement on the shooting.